Our label describes our sound as a monstrous collision between old-school technical ethics and state-of-the-art sonics. We like that.

Cerebrum was formed in Athens/Greece around 2002 by Mike Papadopoulos and Jim Touras. Apollon Zygomalas joined in the same year as the lead singer.We released a demo in 2005 and in 2007 we recorded our debut album ‘Spectral Extravagance’ .On early 2009 we signed a deal with Czech label Lacerated Enemy records and here we are now with the release of the album.

Well, our music influences vary alot and include ’70s progressive/psychedelic rock, rock n roll, jazz rock, fusion, ambient, folk and of course thrash and death metal ,amongst many other things. Now, the non-musical influences are much much more. Everyday life is our biggest influence and then you have energy & the universe, and nature, and the animals, and books and dreams and mainly everything around us,within us and above us.

4. What are your dreams and goals?

From the beginning of our creation, we were 3 friends with the same visions and thoughts:to create a band and play the music we like.Since then, energy seems to flow so well within the squad leading us to the present times with the release of our record. We’re soon to perform live shows in Greece and Europe and we’ve already created 90% of the 2nd album, so you could say we are already living our dream with this whole thing! so let’s see how things’ll roll, hehe!

Music is written by Mike and Jim.Lyrics are written by Apollon and through them he represents our cosmotheory on life itself based on human values and ethics, our universe and mother nature, perception and reality, altered states of consciousness, dreams and the spirit realm.

6. What’s your opinion of our President?

Haha…Well,he’s just like the rest of the US presidents-a puppet on a string,manipulated by the men behind the curtains.And what’s your opinion of the Bilderberg Group, the Trilateral Commission and 33rd degree free masons?

7. How do you promote your band and shows?

Our label makes the promotion and is soon to arrange a European tour for us. There are also plans for some shows here in Greece in the next couple of months.

8. Describe your show, visual and musically.

Well,we never performed live before,since we didn’t had a drummer.Our gigs in Greece are gonna be our first shows ever and we’re really looking forward to go out there and transmit some astral sick vibes for you.

9. What do you think about downloading music online?

Well,what can you do about it.It’s the future and it’s now. Eventually it’s a good thing, a thing of sharing and exchanging information.Especially when searching on old rare albums that are out of stock etc. We’re all record collectors and still buy music, but it’s the new generations that are gonna get used to another way of living, forgetting soon all there is about cassette,vinyl and cds.

10. What’s your outlook on the record industry today?

It’s a sick industry, as most of the industries nowadays..It lacks people with good taste I think.Only some small descent labels seem to manage good, while most of the big ones only care about promoting ‘cheap’ commercial shit and making millions of dollars, manipulating their artists.But that system is soon to change..

Well, normally bands that deserved fame never got it, and vice versa so you cant really claim or expect anything. We just play the music we like and if someones digs it, we’re so happy and grateful,that’s it!

There are alot of stories to tell.

Our love for music and the miracle of life.This crazy surreal world and reality we live in, this whole universal energy and laws of it, the Oneness in all and the order through chaos.It’s so amazing.

Well we don’t think we are in the position of giving advice to anyone. But Being honest with yourselves, chasing your dreams, respecting and loving whatever you do, really helps a lot!

15. What are some of your pet peeves?

Can’t think something that really annoy us.Maybe that we don’t want anyone to tell us what to do and interfere with our music. haha

16. How does music affect you and the world around you?

17. What’s new in the recording of your music?

As we told you,the second album is almost ready.We hope to release it somewhere within ’10.

18. What are the biggest obstacles for bands?

If you don’t play commercial music then the biggest problem is to be heard.And the music industry ofcourse, haha

19. What’s the best and worst thing about playing clubs/venues?

There is no bad thing about playing your music in front of people wherever possible,clubs arenas whatever.

20. Tell us about your next shows and why we should be there.

There are plans for several shows here in Greece and an European tour at the end of 2009.We are also trying to arrange something for the Us too. If you like our music or progressive music in general, we think you ll have a good time.geia mas

Thank you very much for the interview,hope you all enjoy the album! viva 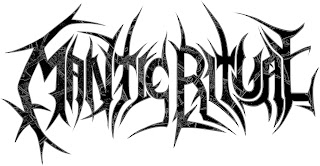 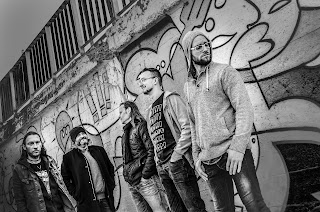 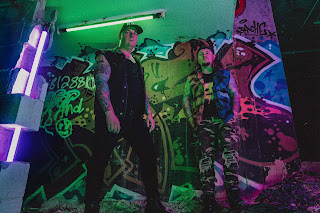 As Paradise Falls Talks of Themselves and the Music They Create