Any all too simple attempt to fit up and coming artist MostArt’s music into the confines of one convenient category would be futile and the metaphoric equivalent of squeezing a rainbow into a thimble. His music represents a uniquely genre confused, kaleidoscopic blend of hip hop, funk, jazz, classical; and the list, for lack of a better cliche, goes on.

Practically humming a tune from the womb, music started early for the budding artist who “…learned how to sing before learning how to talk…”- an undeniable detector, indicative of what the future would hold.

By the ripe old age of ten he became a promising prodigy on the piano, discovering a natural ability for understanding music. “Playing the piano at such a young age develops the brain differently. When I was little, I used to break down music. I started noticing different instruments in music. And then I remember I used to listen to a song and say, alright, let’s try to mimic this song. That definitely evolved my brain.”

The piano was only a beginning. MostArt ventured to other instruments including the harmonica, drums, and recorder to name a few. A musician’s musician at heart, he’ll play “…any instrument if you give me ten minutes,”- a unique gift that adds to his versatility as an artist and what he can contribute to the musical playing field.

The artists who have inspired him collectively are just as eclectic as his style. Ranging from the British “pop”- conic Beatles to arena gods Queen with other artists like Michael Jackson, Slant, Brandon Daye, and Sam Vahedi in between, MostArt’s point of view is simple. “With different people you get a different outlook. I listen to all sorts of genres, and now I just don’t know where I belong.”

MostArt’s mind boggling lyrics, intricate rhyming schemes, and groundbreaking, euphonious music are indicative of a creative mastermind that knows no limits to where he can take music. His desire to create is constant and encompassing. “Some days I can literally push myself like it’s a nine to five. Other times I’ll be driving around and thinking of random things, random rhymes, random melodies. And I’ll literally record the melodies either on my phone by singing them, or I’ll write down lyrics for the future. It doesn’t have to be towards anything. But I just know somewhere down the line I might be able to use it, and it’s my idea.”

His creative process reveals an artist who designs music that emanates from his mind and heart. “I sometimes create music, and then I’ll listen to it for a little while, and even in the process of creating that certain piece, I’ll start feeling a certain emotion. So once I get a certain emotion from the piece, that’s when I can interpret lyrics later on.”

True talent takes a certain level of obsession. MostArt confesses, “I love music so much to the point where it literally takes over my life. The more talented you are, the crazier you are. Sometimes I feel like if I was crazier I’d be a better musician. I’m addicted to music and life.”

The music behind the musician is the foundation of success, but it’s the show that can captivate fans. A MostArt performance is well worth the 2 drink minimum. His magnetic charm and irresistible energy radiate from the stage, daring the audience to participate, engaging them to share a part of his music and his life. “I always try to be different. It’s fun. It’s exciting. I will try my best to make somebody participate…lifting a hand, yelling, just interaction between the artist and the audience.” His music is infectious, and before you know it, you find yourself unable to resist the urge to bob your head and sing along.

And if that isn’t enough to warrant your attention, try tearing your eyes away from his non- discreet “curl”- fro that any man with a receding hairline would sell his first born for.

MostArt is currently in the process of creating his first official album entitled “Love life. You’re Dying.” To allay any fears one may have of impending danger, the title is actually meant to inspire. “It’s a sentence I created…I’ve always felt that way, but I never knew how to express it in four simple words. It’s almost like life’s short, but stronger. It’s like a slap in the face. It’s a reminder. Go do what makes you happy.”

Venturing outside the parameters of one genre, “…Love Life. You’re Dying is adventurous. It’s fantasy mixed with reality. It definitely leans towards hip hop…but it has jazz, funk, electronica, etc. It’s definitely a mixture of all sorts of different things. It’s pretty progressive.”

MostArt’s music is also featured in Indie film “Corazon de Campeon”- a definitive highlight and honor to the promising career of a talented artist.

Through his altruistic dedication to music and the preservation of its ability to entertain and inspire, MostArt’s one purpose in life that surpasses all else is “…through the present to create history for the future.”

Go to MostArt.com or youtube.com to check out his songs and live performances.

Life Down Here Gets Interviewed 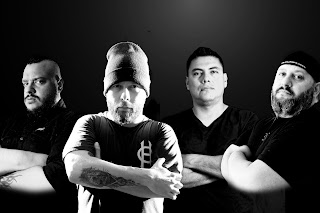