Natalie Perez of Natalie’s World conducted an interview with the guys of The Jade!

1. How did the band come up with the name The Jade, what does it symbolize?

Wille: Well, they make pendants and jewelry from the ornamental jade stones made in Asia. As far as what Jade means, as one of the characters would say from Lord of the Rings my precious, that is what it comes down to. The name was Jann´s idea when he came to our rehearsals and suggested it to us.

Jann: Though it has nothing to do with Lord of the Ring movie. That’s one very disgusting clip. I hate those dwarfs. But, yeah, like usual Wille’s right: we’re precious. Well, any who’s, the gang was alright with the suggestion so . . . if you check the jade stones you come across a lot of symbolism – but I leave the meaning to the people.

2. Why do you feel Rock has become complicated?

Wille: Music evolves. You can´t compose three chord rock tunes till the end of time. I think there´s room for everything and I certainly appreciate all forms of categories. If I go out, I like to listen pop, metal, rock or whatever. Well, maybe not jazz, but variety is richness.

Pekko: I guess it has always been. Not the music itself but everything else involved in it. So I´d say blame it on the business and all the people within it, including the musicians.

3. What is your best fan experience?

Wille: There are plenty of good memories already. On our last German tour, there were many fans that travelled hundreds or maybe thousands of kilometers to see our shows across the country. You start to scratch your head to think; wait a minute, something´s going on here.

Pekko: Whenever after the gig someone fairly sober comes to say “That was cool”. That is always precious.

Jann: Yes, I think it’s always amazing to meet devoted people. Some kinky stuffs been kinda cool too but after that you might scratch some other places than your head. It’s ok too.

4. What’s going on lyrically with this record? Do anything special or different from your previous works?

Wille: You have to remember that we have re-composed many of these songs that have been on our last self-published albums. Probably all things are now on a professional level.

Pekko: If we talk about songs I´d say lyrically we mainly talk about same things as we´ve done before: Life, death, solitude, hope, faith and mental health. And love in its every shapes.

Jann: Yes, Pekko’s right and I’d say that lyrically we are very talented. It’s not some ready chewed 2 minute pop nonsense that you’ll get from the shittiest radio stations. We still believe that there are people who like to think something else than the beef of the day.

Wille: We have the James Bond theme in the beginning of each of our songs. Otherwise the tunes would be two minutes long. That´s why we want Bond to open every track. Maybe we’ll have the Spiderman theme for the next album. Actually, topics range a lot. There´s no subject we can´t write about, but we are not singing about screwing and partying.

Pekko: When talking about the song on the album I´d mention the things I mentioned before: Life, death, solitude, hope, faith and mental health. And love in its every shapes. I believe.

Wille: We have only one cover song on the new album as a bonus track: It´s A Sin by The Pet Shop Boys. Usually Pekko comes to rehearsals with a completed song and then we start to arrange it. He pretty much has good ideas already how to arrange it, but of course we all participate in this as we play it a million times before recording it.

Pekko: Writing songs is therapy so that´s why I personally do love writing songs. And also it is always an adventure! You can never tell where it takes you.

Jann: Melody usually comes from heaven knows where but you try to find chords to it and then the lyrics. Well sometimes you have one line or two before the melody and chords but that kinda depends.

7. How much of the recording process was laid out before coming into the studio?

Wille: Every song was ready before going into the studio. Only Everlasting Memorial changed a lot in the studio; the lyrics, melody and the arrangement. Of course we added lots of spices but the main structure of the songs was ready before.

Pekko: That´s right. Of course many new arrangements appeared on the way. Like when we recorded backing vocals it was just excellent to work with the guy like Hannu Leiden is. That guy is The Singer and The Producer. Well, so is Petri Majuri but he doesn´t sing, I think.

Jann: Yes, the arrangements were pretty much figured out already but we did get great ideas added in later in the studio too. Recording wise we started the whole process in the studio from the zero.

8. What’s behind the title and artwork of “Seconds Away From Salvationâ€?

Jann: I think Seconds Away From Salvation is one of the coolest titles one can think of. I love it. It sounds great, it looks great and it has the meaning. There’s so many things it reflects. But here’s the clue, in the artwork there’s a picture of Berninin’s famous The Ecstasy Of Saint Theresa. It’s a masterpiece and the title kinda reflects what the artist meant by that sculpture. It’s a fascinating story, so why not to check it out. Also it fits into the lyrics, the whole process of making an album and the road we’ve been walking on, it has never been narrow.

9. What is your opinion on the Finland music scene?

Wille: The Finnish music scene is talented and well alive. There are many kinds of bands, but only few are doing truly their own thing. If you´re too original, the radios won´t play the music. But if you aren´t, they say you´re copying somebody else.

Pekko: I find it sad and boring. There is a lot of envy and that sort of nasty things going on. It was better just a few years back. There was more room for everyone – by the time of Cool Finlandia. The most miserable fucking things are those corpses of musicians turned to critics. See, they don´t have any faith or hope left so they are out there to do some back stabbing, instead of music. That´s why my Aunt recently gave me a switchblade for a Birthday present. Just for my own good. Now I´m learning how to use it nicely though I´m a devoted pacifist.

Jann: Well there are good bands and the bands which aren’t that good. Kinda like everywhere. But I do miss Hanoi Rocks as I always had fun going and seeing them live as they were something. One thing the scene misses is also managers etc. There are not too many people working on that field yet.

10. Are you happy with the way the new album has turned out, or is there anything that you wish you could go back and change?

Wille: Always, but perfection is a form of insanity and an utter utopia. Better to sleep without nightmares of “shoulda or coulda”.

Pekko: I can listen to it at home right after I´ve listened to My Chemical Romance, The Beatles, 30 Seconds To Mars, Foo Fighters, or all the other bands I love and I still like to play it through so it means it´s good. Plus I´ve got a really bad stereo system which was found in a rubbish been so every band sounds equally rough. So, yeah, it´s gotta be good.

Jann: Yeah the album is great. For some it takes a bit more listening, and then it opens up, so it’s not ready chewed. But it’s a very strong album some things are more hidden and when you notice those things you go like, wow, another great thing going on there. That’s one of the things why I think it’s gonna last the test of time.

11. How difficult was it getting inked to a record deal?

Wille: I would say it´s almost impossible to get a record deal for an unknown band or at least a decent one, but you have to know that impossible things also happen to somebody in the end. The chief of our record label fell in love of our self published CD, which we sent to him. He had not seen our websites or anything and came to see one of our shows in Tampere. He signed us after that.

Pekko: Yes, almost impossible. And we were lucky enough. Right now there are lots of bands in Finland who have been dropped out by the companies they have been signed to. Its really tough and the situation doesn’t get any easier or better – at least not for a years.

Jann: Yes, those things should always be handled by managers etc. It would be great to find one who really knows his or her business and would actually do the job. But as a band we handled it pretty well. The deal was checked by lawyers etc.

Pekko: Que sera, sera. Whatever it will bring forth we’ll be ready.

Jann: See what the life brings, probably something good will happen again.

Jann: I wanna take things as far as possible with the band, there’s no limit at all, and that’s the aim. At the same time you do one thing at the time but faster they happen the better. I wanna get things done and reach as far as possible.

14. What will be the next single released from “Seconds Away From Salvationâ€? Is there a set amount of time to wait between the releasing of singles or does the band or the label decide on this?

Wille: We exchange ideas back and forth. We listen to each others opinions. Plans change as times change, so many times there are no specific dates in the far future. The next single will probably be: Yesterday´s Rain a song by Pekko and Jann.

Jann: And while thinking what the next single will be we also did listen a lot of other people to get a wider view on that.

Wille: Our new album Seconds Away From Salvation is now released in about 9 European countries. Containing nothing but the best top songs, of pure alternative rock – I believe you´re gonna like it.

Pekko: Where ever you are you are only Seconds Away From Salvation. And by that I do mean both, salvation and the album. And finally, come hear The Reverend saying: “Don´t let the f**king cunts get you down! Peace”. 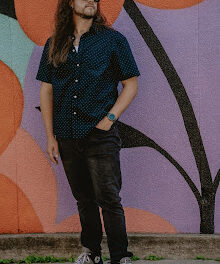 Cody James Himself Discusses His Music, How He Became Interested and More!

Sempiterna Belgium’s Finest Metalcore Act Around Gets Interview for Shits and Giggles!