1. The name of the band The Sammus Theory, is interesting to say the least and sounds as if there is a story behind it. Where did the name come from and what is the story?

Long story short, The Sammus Theory is basically the idea that everyone has an alter ego that music brings out whether it’s metal, country, blues, etc. The most normal every day people have a crazy side that music will always surface?

2. Can you briefly summarize how the band formed and what you do in The Sammus Theory?

The band formed through various postings on Myspace and Craigslist. Needless to say it was quite the process to get where we are today. The lineup is:
Sam Hughes ? Vocals
Kyle Welnel ? Rhythm Guitar
Jeremy Tabor ? Lead Guitar
Nick St. Onge ? Bass
Paul Wandtke – Drums

3. Your lyrics are infused with heavy detail and raw emotion. What is it that normally gives you inspiration when writing lyrics and is there a concept behind the music you create?

It?s all themed around personal experiences. The music is the mood and the lyrics are the story. The entire album of ?See It Through? was written based on my near-fatal car accident in 2005 and everything I?ve been through to get where I am now. It wasn?t only physical recovery, but a lot to do with the mental aspect as well. Trauma truly brings out the power in a person?s mind and it?s very difficult to push thoughts and feelings aside and function ?normally? again.

4. Your new album ?See It Through,? is coming out how has the reactions been thus far? What can fans expect when they listen to your music?

The response has been great. In the last couple weeks of having the album out and touring on it, we?ve sold a lot of copies so far?It?s hard to say what one can expect from us. It?s a unique experience that you need to have on your own. Everyone has a different set of emotions throughout the album…

5. How do you think you will effect the music scene you are part of? What are your thoughts on the growing popularity in it as well?

I honestly think that we?re part of a small group of bands that are paving the way for heavier-edged music to be a major part of the industry. We?re following the tracks that bands like Slipknot and Static-X have laid and I think that standard pop/rock radio is going to change with the growing popularity of this genre. People are getting tired of every band sounding the same.

6. You have a music video for the song “Pure,” can you give a brief summary on how it all came together?

Our label basically told us where and when to show up. We got there (San Diego), shot the whole thing in a solid day of work, and got the final version a few weeks later. We were pretty satisfied to have that under our belts as our first official music video.

7. Many of your songs are so hard and intense that I am sure they translate well into a live setting taking on a whole new life in front of a live audience. How does it make you feel when the emotion and power that you envisioned in the recording studio, come to life while playing in front of a crowd?

It?s surreal. The amount of energy that comes from five people to push it and another much larger group to receive it and push it back is amazing. As clich? as it sounds, there?s really nothing like seeing someone singing back words that you?ve written and knowing that it?s touched them in some way.

8. What are the upcoming plans for The Sammus Theory?

We?re currently on a full U.S. Tour throughout the summer called The Bailout Tour. Lots more to come, but we?re waiting to announce some things?

9. How has MYSPACE and the internet impacted your band and do you think downloading helps or hinders the artists?

Myspace, Twitter, Facebook, etc. have been a HUGE step in the right direction for independent artists. Every band has the potential to reach millions of people on their own instead of relying on a multi-million dollar campaign from a major label. Sure it?s more work, but what does being in a band mean if you don?t pay your dues to get what you want? I KNOW that downloading exposes new music to people all the time, even if it?s a major label artist.

10. What is the toughest lesson you ever learned in the studio and on the stage?

Those are two very different arenas. Studio is the perfect environment where my voice is at its best where live is always changing and every little thing plays a major role in how my voice will sound that day. Between the two, I?ve pretty much learned how to really take care of my voice and keep it as consistent as possible.

We?d love to tour with a lot of bands?Static-X, Marilyn Manson, Slipknot, Breaking Benjamin, Seether, etc. We?ve played with Shinedown before and I have to say that those guys are amazing performers and super nice people. Barry was probably the most polite ?rockstar? we?ve met.

12. Every band has its musical influences. What are some of the other bands and artists that have greatly influenced you guys and your music?

We?re all influenced differently, so really we cover the whole spectrum. Kyle and I are very into current hard rock while Jeremy, Nick, and Paul are more into metal. It makes sense?we?re a nice mix of the two genres?we?re not quite metal and we?re not just straight rock. We’ve hit a mark right in between that takes the intensity of metal and mixes it was the catchy melody’s of hard rock.

13. What’s your reaction when/if a fan told you a very meaningful statement such as “Your music changed my life?” Has this ever happened to you?

My reaction will always be the same: speechless. We?ve received quite a few emails like that and every time I have no idea what to say. Like I said before, it?s an amazing feeling to know that something we?ve said or done has touched someone so much that it?s changed how they live in a positive way.

14. All of that passion that you play with must be tough on you physically. How do you prepare for the physical demands of a tour?

It can be rough. We all take care of ourselves. When I?m not singing, I?m trying to keep my voice low so I?m not shouting all the time. We all stretch before shows, get plenty of sleep, and eat more than just dollar-menu garbage. Everything is a factor in your health when it comes to touring, so it?s just making sure you pay attention.

Myspace.com/thesammustheory ? oh, and pick up our album on iTunes! Just came out June 9th! We love you? 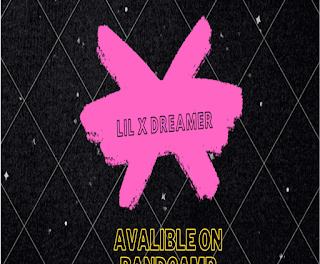 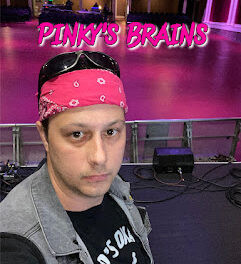 Pinky’s Brains Says Lots on Music, Themselves, and What’s Ahead!