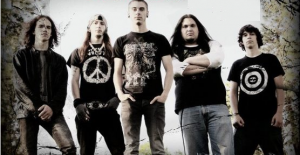 Melodic hardcore act A Cryptic Ending has changed a lot over the years from genre, band mates, to name changes they have seen it all but to this day they have stuck with their heavier material and the name A Cryptic Ending. Dustyn Dauterman vocalist spoke to me about the band’s histortic past, song writing process, and beginning’s to their upcoming release “Goodbye To A Perfect World”.

1. Where does a name like A Cryptic Ending come from and can you give me a brief summary as to how the band came to be?

Dustyn: The name A Cryptic Ending came to us in the summer of 06. We were a punk band called “Runaway Streetboy” We kept breaking up and getting back together I can honestly say that A Cryptic Ending has no ending… The reason being because we’ve gone through members like old socks, when someone wants in another wants out. The name A Cryptic Ending was placed as our band name because of the fact when you go to see us live. you never know if the same members will be there. I (Dustyn Dauterman aka Saint Jay) am the last of the original line up.

Dustyn: We would be considered a Melodic Hardcore band. We don’t fall into the “post hardcore” genre because we don’t have the clean vocals. We’re more of your raspy yelling and screaming type band.

Dustyn: The band started in about June of 03/04ish. We were just kids looking for something fun to do and we found it I (Dustyn) had been in orchestra and a couple other music oriented classes. When we started there were three of us. Mike Hixson, Chuck Julian, And me (Dustyn). Like I said we started as a punk band, changed our name in about 06, and became a metal band in 08/09. Members have changed a lot over the years but this band has made it through with no major set backs.

Dustyn: The songs we play at the moment are part of a story album we will be recording very soon called “Goodbye To A Perfect World”.  In the story the world is basically falling apart. An apocalyptic type event if you will, But also a sad love story between good and evil.

5. Do you write your own songs? (Discuss the songwriting process in detail.)

Dustyn: The way we write songs is very simple. There is a program we use to simulate the drums,guitars, and bass. Once the file for the song is completed it is sent over to me (Dustyn) unless i wrote it on my own. Then

once it gets to my computer i put together the vocal parts for the song and structure the song the way it should be.

Dustyn: We all have a lot of bands/artists that influence us. To name some there is The devil wears prada (Dustyn), Iron Maiden (Kevin – Guitar) Falling in Reverse (Danny – Bass), Parkway Drive (Ryan – Guitar) and Suicide Silence (Zack – Drums)

7. How do you describe your music to people?

Dustyn: Its music that at one moment you want to throw down in the pit and the next you want to grab your lighter out and rock back and forth to the music.

8. What image do you think your music conveys?

Dustyn: Its music that can show people that even though we’re musicians we’re not a steriotype, We want to change the world just as much as the next person

9. Have you recorded any previous CDs or posted any audio files on the Internet?

Dustyn: We have two cds right now. One is our first Demo and the other is our EP put out in August of 2011. We have sites such as…

And many more but those two are the main ones for listening to our music.

Dustyn: The only time that we sell our cds or anything is at shows.

11. How do you rate your live performance ability?

Dustyn: As a live band i think we do pretty good with our stage presence. We know how to get down on stage and it doesn’t matter if there is 100 people or none. every show has the same amount of energy.

12. What live performance experience have you had?

Dustyn: We’ve been out of town once or twice and we’ve played just about every venue in our home town including the biggest one here in Spokane, WA which was The Knitting Factory.

13. How do you promote your band and shows?

Dustyn: We go around and pass out free tickets. try to sell them on the streets a week before the show, put up fliers, and use the hell out of Facebook.

14. Describe your show, visual and musically.

Dustyn: Usually we play with a synth intro. it starts off with the synth then with the synth and our instruments. We try to make every show just as big as the last one and sometimes that is hard but when we get on that stage we don’t stop moving the entire time. we go from head banging to crabcore to crowd surfing at our shows.

15. What inspires you to do what you do?

Dustyn: The people we meet, The cheering fans, The smile on everyones face, and looking out in the crowed and knowing you gave them all a good show.

16. What advice would you give to fellow bands?

Dustyn: Help your fellow band and don’t keep to yourself, There is no way you can market when you are anti social.

17. Upcoming plans between now and the end of the year what are they and why should we even care?

Dustyn: We do have some shows out of town. We get to play at the world famous Whisky A Go Go in Hollywood, CA on August 22nd 2012 and we play in portland a couple days after that. Once we get back we’ll be working on bring out our album in late September early October.

Dustyn:To all those people in bands. Stick with it cause in the end it will be worth it. wheather you make it or not. 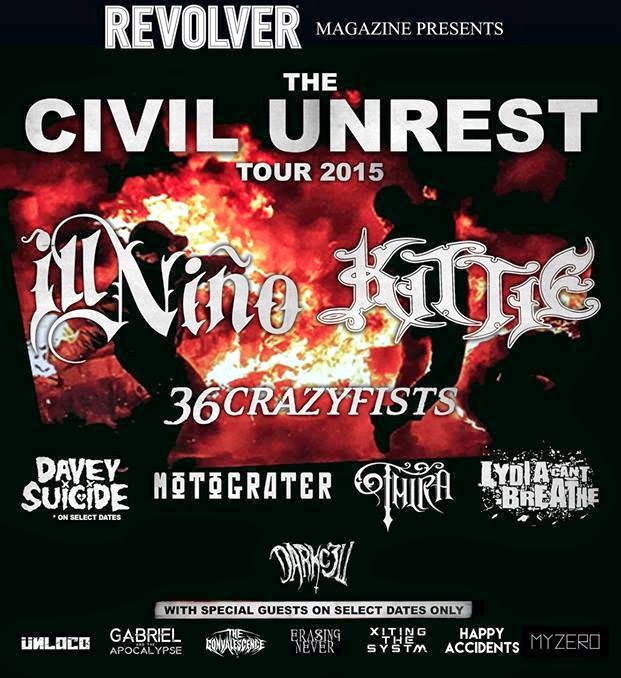 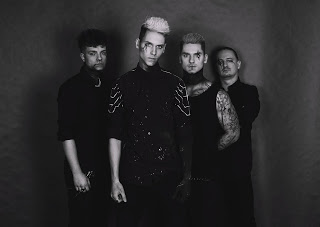 Blitz Union Chats Much on Music, Including Upcoming Album! 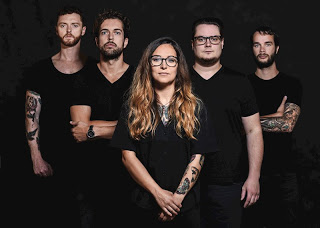 FOR I AM KING RELEASES VIDEO FOR "PREY"