Anagnorisis’ Zak, Zachary, and Sam says their an Act Unlike Any Other! 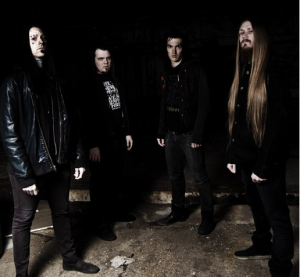 Louisville, Kentucky black metal act Anagnorisis is an act unlike any other since the release of their EP ‘Ghost of Our Fathers” the band has been hard at work on their next releaxe. Zak Denham (guitars) and Zachary Kerr (bass) talked to me about their band’s start how their EP got created and what the future beholds them with their new music being created.

Sam: A black metal band who hates god. Never been done before, I know.

2. How did you come together?

Sam: Zak, Zachary and myself have been writing and recording together since 2008, though the band has been around much longer. We added Chris in late 2009 after another slew of line-up changes and were lucky enough to find our live bass player Josh at the last minute before this tour.

3. Where are you guys from originally?

4. What’s the origin of the band’s name?

Sam: The word “anagnorisis” is a Greek word which means “recognition” or “realization,” as in the moment where a main character of tragedy learns his or her fatal flaw, or gains critical understanding of the situation. The term is cohesive with the concept album Overton Trees, which we released in 2007, but it’s come to mean a lot as we have kept the name over the years.

5. What are your plans for new music?

Sam: We are currently in the pre-production stages for our next full length which will likely continue to explore the themes of poisonous religion, death, and the “self.” It will build on the style of music found on Ghosts of Our Fathers, but with an entire album to develop the musical and lyrical themes. We’re not setting any boundaries or guidelines on the new material, but it will definitely be a black metal album.

6. What was the inspiration for the EP name Ghosts of Our Fathers?

Zachary: We wanted a literal interpretation behind the meaning of the songs for the title of the EP. My father died three months after Sam’s step father, as we were beginning the crafting of these songs. As music is captivation personified sonically, our fathers were guidance personified physically, inspiration for everything we as men strived to become. In essence, their very nature and inspiration helped to craft the songs that represented their end.

7. Why was this 2-song album a tribute release?

Zachary: We experienced their death. We dealt with the immediate effects of this loss but needed to address the resonance of their memories.

8. Why did you want to dedicate this release to the memory of James E. Kerr and Robert C. Dayle?

Zachary: The EP is an homage and eulogy to the dead. A farewell, so we could all move forward. Honesty within lyrical connotation is lost with so many metal bands behind the veil of “dark and evil” lyrics. I dumped my father’s ashes into freezing water. I watched the last physical form of him dissolve and knew that this was the absolution of life and death. My memories are now with the listeners to interpret or relate to. Whether they like it or not, it’s as honest as I could be to myself and my father’s memory.

9. Do you write your own songs? Can you discuss the songwriting process in detail?

Sam: Absolutely. Zak typically writes the majority of the riffs at One by One, his studio, then the rest of the band comes in and we arrange the parts, add drums, vocal parts, key ambience, and so forth. We’ve only begun to write with Chris on this last EP, so we are excited to see what he can do given a full 60 minutes or more on this next record.

10. Who are your musical influences?

Sam: Between the four of us we listen to everything from Blodsband to Berg, so it varies quite a bit, but we’re all fans of the “new wave of American black metal,” as well as classic European stuff like Behemoth, Dimmu Borgir, Emperor, and so on.

Sam: I don’t think the “music” conveys any image – it’s music. We use blasphemous images on our shirts, and our live show speaks for itself, but our music is aural in nature, not visual.

Zak: I believe you learn a lot about people when you listen to their music. This music is our soul, our thoughts, our perspective, etc. Describing our sound verbally (or textually) seems inefficient when the music speaks so strongly for itself.

12. How do you describe your music to people?

Sam: Our style has changed so much over the years, but it is firmly rooted in black metal now. Bits of death metal – and other genres – seep in from time to time.

Zak: Although we have been around and experienced a lot, we are still very much in the midst of our musical journey. We don’t pretend to have all the answers. In some cases, we know what works for us, but quite often we learn as we go. Ultimately, we try to prioritize our goals and strive for creating something that is a bit different, and of a high caliber.

14. What are the biggest obstacles for bands?

Zak: Perhaps things are different if you are from a bigger city, but who really knows what to do? By this I mean, who can you trust, who has like experience that you can gain knowledge from, and who can help you attain your goals? I don’t know of too many people that fit this mold in my life. Thus, we have to do things our self, teach ourselves the skills needed to succeed, and through failed experimentation we eventually achieve something. The lack of D.I.Y. ethic – or not depending on external forces – is perhaps the largest obstacle to all bands.
15. Do you have anything planned for the rest of this year?

Sam: The rest of 2012 will be spent writing our next full length, and who knows, we may play a couple more shows in the region. Our last string of shows was a great success, and we’re grateful to have so many fans that still support us after all these years.

16. Any last words you want to say to your fans?

Sam: No gods, no fucking masters. We sincerely thank you for your support, HAILS!

17. Is that your final answer? 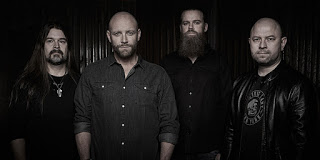 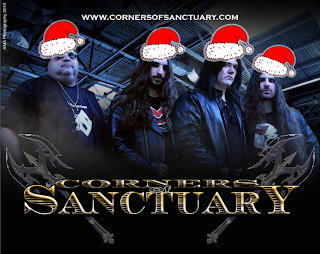 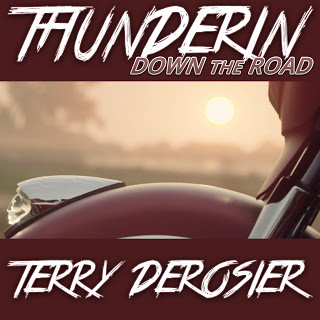 Terry Derosier – Thunderin Down The Road