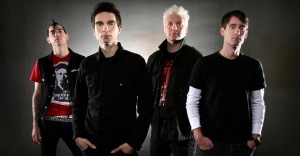 Fifteen years strong and still living the dream of being punk rock icons, political activists Anti-Flag have now eight albums under their belts and since their start way back when there has been no turning back since. “The General Strike” is the second album released via SideOneDummy Records and is the first to be produced and recorded by all four members of Anti-Flag. Bassist/vocalist Chris Barker or Chris#2 spoke to me over the phone while driving through the mountainous terrain as he was getting to his destination Indianapolis. He went into detail about the band’s approach and how the time was spent with all of the writing and recording that was taken into consideration since their last release saying simply that “I think it’s a very loud, angry, punk rock record”. You can check out the audio portion HERE.

1. So How are you doing today?

Chris#2:  It’s going very well I’m actually in a van driving to Indianapolis right now so maybe that’s where my continuous noise is coming from.

2. How does it feel to have completed your eighth studio album?

Chris#2: Uh it feels good it was a pretty long process for this record. We’ve been about 3 years between this record The General Strike and our last record. I think more than anything we started to think about the thumb print we’d be leaving behind for the multiple of years we’ve been together as a band. The fact that we could probably live comfortably playing our back catalog for a while and not worry about releasing new music and people wouldn’t have much of a problem with that. So there is no reason to release a new album unless we think as a band that it is our best Anti-Flag record we could make. I think that is why we worked so long on these songs at the end of it we came out and said these were the songs and the history of the band and that’s what put us on this path and why I’m talking to you right now.

3. Is there a reason why you wanted to have 13-tracks on this album? Is that your guy’s lucky number?

Chris#2: Haha no not a lucky number at all it actually really has nothing to do it. To us it just seemed to serve the perhaps of the album and at the end of it, I feel like it’s a record you can listen to again and again rather than a record you just get sick of. But it has nothing to do with the superstition.

Chris#2: Yes we produced it ourselves and we recorded it ourselves as well. We built the studio in the last couple of years in Pittsburg and I think we continue to get better at using it but I think personally that this record is our best record from the use of it. We were signed to a label called RCA Records at the end of 10 year and we took the money we left from that deal and reinvested it and built the studio and I think it’s a kiss or curse owning your own studio, you can work on things as long as you want and have the ability of an album and have a comment of how it sounds now. But the curse is that it’s never done and has to work on it for years. But boy oh boy did we go back and re-do things and open them up and go back and change them and go with what’s happening today. It was better rather than bad.

5. How was the vibe in the studio?

Chris#2: I mean at this point the four of us know each other and know how each other records. It was a very relaxed process and we just put our ideas and flushed them out together. We’re not really vibe creators it was a pretty planned out process of us going through and coming up with ideas that are A have been around and B have served a history of the band and served what we’ve worked so hard on in the past.

6. How would you describe the overall sound of the new album? How does it compare to The General Strike?

Chris#2:  I believe that it’s a better sounding record than ever before. We did it ourselves and very particular with the recording process but we sent it to a friend of ours Justin Francis and he mixed the album for us out in Nashville he did an amazing job he worked tirelessly on it and worked closely with us to get it to where it’s at and I think it’s the best sounding album to date. I think it works dramatically well with what’s going right now in 2012 like the occupy movement and the progression of human rights. In which that relates really well with the history of our band and the fact that we’ve always been a political band who try to make statements with our music. But more than anything I think it’s a loud, angry, punk rock record now that may not be different from what we’ve previously recorded but I like to think as we get older and do this more often we’ve become better and achieve that goal by making a loud, angry punk record.

7. Did the band have any definitive goals they were shooting for before the recording process began for this album?

Chris#2: No we didn’t really have a goal. Other than not stop writing or recording until we had a record we felt was worth putting out. That kind of freedom of not having time frames when it comes to recording cycles was something we didn’t have before and I think that comes across on the record.

8. Are you using any new instrumentation you’ve never used in the recording process before?

Chris#2: That’s an interesting question I don’t think so I think we were pretty much by the book and it was just the four of us and our instruments. Not much percussion on the record so in that sense it’s unique a lot of times we’d try to add different things but this time it was just two guitars, bass, and drums.

9. When did you start writing for this album? How was the songwriting process different/similar to previous Anti-Flag albums?

Chris#2: I’d say that we wrote for this album for the past two years but it seems a lot longer because we’d write material and then go away and return to it at a later time and see if it would still sound good to us and if not we’d go back and change it up than when we first wrote it. So in that sense it’s different than any other record we’ve done because the process was pretty different and I think not having a set time or goal setting we were able to come out on top and write and record in what we really believe in. We were able to just go into it rather than have to worry about getting it done at this certain time or get it done just in touch before a tour we got it finished and done and moved on.

10. Can you go into one or two tracks on the new album? If so, can you give us the track title and brief description of how the track sounds and how it came about?

Chris#2: Yeah hmm I think that there is a song called “1915”, that is a really cool song it’s about a gentlemen by the name of Joe Hill, who was a full guarded activist in the 1900s and he was exuded in November of 1915, and the song is a few quotes from his last time and his story pretty much.  So I think that’s a really cool track. Another song is called “Turn a Blind Eye”, that I think has a cool lyrical theme because it’s about growing up in punk rock and having that certain sector of friends growing up with them and over the years you realize that maybe all of those old disputes you once had became less important than they once were. And coming back together a little bit older and wiser is what kept you together. To me I think those are the two songs that are different but very interesting to the record.

11. You guys are going to be going on tour in March, are you worried about how the new tracks will translate live?

Chris#2:  I’m more worried about being able to play them live than our other songs haha. The audience’s reaction to them not so much because we’re very optimistic about how these sons will fit in with the other songs we have in our catalog but I do see me fucking them up to be the only problem but other than that we should be ok.

Chris#2:  We’re going to be on the road a lot, we have some pretty cool summer plans we can’t talk about yet but you will know about them shortly. Our new album comes out in March and then we have a U.S. tour and next week we’re going to be in South East Asia for the first time so we’re going to places that we’ve never been to before as a band. To me, that’s really amazing and inspiring for us to be able to be a band for fifteen years now and still be able to find new places we have yet to play or visit is just incredible. So yeah it’s going be a busy year and we have a record we’re really proud of and we just want to get out there and play it for as many people who are willing to listen to it. 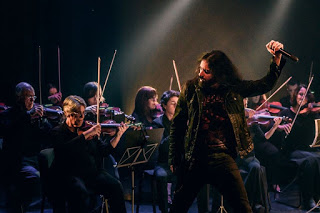 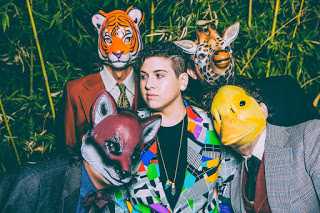 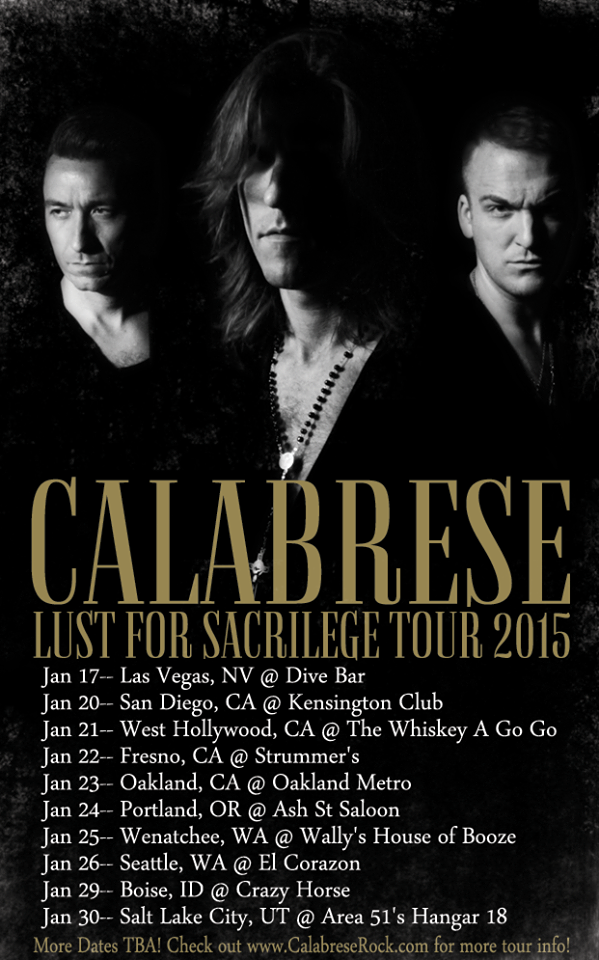 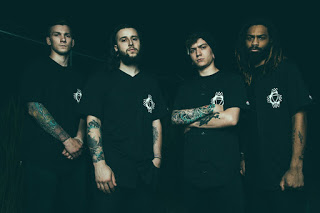