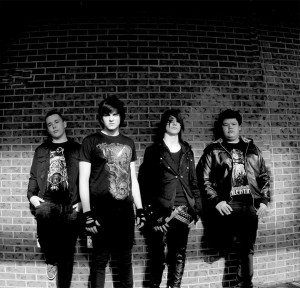 Arrival Of Autumn released their debut EP “Endless Nights” having it place the #6 spot on iTune’s Top 10 Metal Albums chart the band went on to say how incredibly surprised they were about this. They also discussed their way of writing material the band’s history and just what this industry is turning out to become.

1.  So you call yourselves Arrival Of Autumn why?

The moment anything is exposed to any sort of hostility, you see a different side of them. Just as the leaves change color during autumn, people become brought down and weakened when going through struggle. It takes a lot for someone to make it through the winter and stay strong.

2.  You just released your debut EP “Endless Nights” and it placed a #6 spot on iTunes Top 10 Metal Albums, how does this make you feel?

Incredibly surprised! We never expected this to happen so early in our musical careers! We hope it keeps up as we progress in our music.

3.  What does the title “Endless Nights” mean and what is this release about what can the fans expect to hear?

The meaning of the song ‘Endless Nights’ is not to let people change that you are, and to stand up for what you believe in, whatever that may be. The lyrics “Endless Nights, Countless Days” kick off the song aggressively and we all agreed we wanted to name the EP after the song because of the intense lyrical content.

4. Tell us the brief history of your band.

In March 2011 all four of us committed ourselves to the band and gave it a name. We started writing and getting ready for live shows as soon as we formed.  All throughout the summer of 2011 we played in the Grande Prairie area and a show in B.C. In August we started recording our EP with our friend Doug Whipple, and wrapped it up at the end of 2011. In January we played our first headlining show which had a much better reaction than we were expecting! We were amazed at how much our fanbase had grown! We released our EP ‘Endless Nights’ on March 20th and it reached #6 on the iTunes top metal albums chart in only 2 days! Now we’re getting this EP out to people and doing what we love.

5.  Who are your musical and non-musical influences?

Ty Mason: Growing up I listened to a lot of Metallica, Motley Crue, and Skid Row

Brendan Anderson: Metallica got me into the music I play now, more recently my influence is Josh Middleton of Sylosis.

6.  Who writes the songs, what are they about?

Brendan: We all contribute to the song writing process, either I or Jamison will come up with a song, and we’ll present it to the rest of the group to take the idea and make it into a song we are all confident in.

Jamison: Lyrically the message that our EP presents is that you have to take care of yourself, make your own choices, and nobody can help you but yourself.

Ty Fox: To be self sufficient off the music we make, so we can keep doing what we enjoy.

Brendan: To present AOA to the public, and make a name for ourselves.

Jamison: To tour with my bros and play the music we love, to fans all over the world!

Mason: To be seen in the eyes of our fans, as I see my idols.

8. Do you think that the physical aspect of an album is going to die out for good since the digital world is upon us?

The physical form of an album is on its way out. When Slash releases an album and it only sells 38,000 in the first week, and cracks the top 5 on the billboard charts, there’s a problem. Bands will go back to just releasing singles or EP’s rather than full albums. Albums will always be there, but record stores won’t be.

9. What advice would you give to fellow bands?

Don’t give up! Do your own thing or you won’t stick out, we don’t need 100 more Asking Alexandrias! Give it everything you’ve got and the benefits will come.

10. What are the biggest obstacles for bands?

The biggest obstacle for bands right now is getting their start. Local music isn’t being supported enough, and bands have to work much harder than they did before.

They also need to find a chemistry between all the band members, so that they agree and can stick together to get through these obstacles.

11. Tell us about your next shows and why we should be there.

Our upcoming shows this summer are going to be wild! We go through so much improvement in so little time that every show is something new and better. We play our EP every show, and we’ve got some wicked covers that you all know and can sing along to! We’re also throwing new songs into our sets so be ready for what we bring!

When we started this band, all we needed was a laugh, but in the year that’s gone by we’ve accomplished so much more than we expected! Thanks to every fan that enjoys our music, and every fan that comes and rages at our shows! You make all this worth it! 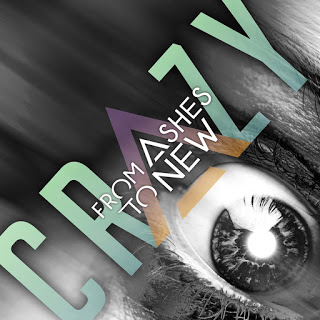 From Ashes To New Release Video for "Crazy" 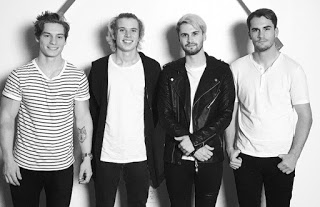 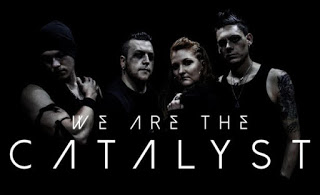 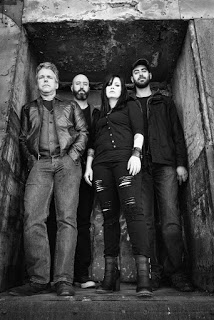