Befallen’s Frontman Aaron is the Degeneration of this Generation 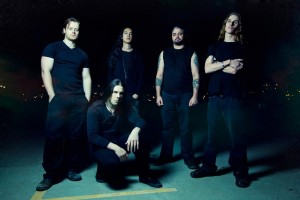 Western Australians Befallen are some modern day death metallers who are taking whatever they can to make their music the best thing their is. Since forming in 2010 the band has written, recorded, all their own music releasing a demo debut and an upcoming full-length debut entitled “Degeneration” coming soon. Befallen is an act that you won’t want to miss. Frontman vocalist Aaron talks about his band’s past, present, and upcoming future!

1. So tell me where does a name like Befallen come from is there an origin story to tell?

Aaron: Kind of, I actually had a band before this one, and it seemed to be doing well, but as it goes some times, it totally went downhill, Nothing went right, no one was clicking any more, it was just pure frustration, and after it had broken up, I kinda feel like I had nothing left or to look forward to, it sounds silly now, but at the time, every thing was a complete mess in my life, it comes in threes ya know? So, a year and a bit had passed and I decided to get a new band going, I had learn’t a lot from the previous one, the do’s and they don’t so I decided to give it another shot, and called it “Befallen” as i wanted it to capture every negative aspect, of what had transpired in the recent years leading into its inception, and basically encapsulate all the misery, tragedy, loss and any other bad aspect of life that has “befallen” on us all At one stage or another and make music people can relate to via the concept, music and lyrics, as we all feel hopeless some times, and its nice to let people know they are not alone in that time that they feel the same. So that’s pretty much it.

2. “The Black Which Binds” has been released but what is the concept behind it?

Aaron: The video should be released and the end of august, not sure on the exact date, but you will know! The concept behind it is basically, when you’re in a dark place, and nothing at all seems to be going your way, and you end up in a very black and negative headspace, attracting nothing but negativity and dark things, and in turn letting it get to you that much, it shapes your persona and who you are, to the point that if you didn’t have the misery you hold onto, who would you be any more? Effectively, making your self sick in heart and mind.

3. What type of band are you and can you give us a brief history on how the band came to be?

Aaron: Well, I would say we are a modern death metal band, trying to draw influence from pretty much any genre trying to incorporate any thing that makes a good song, grove, melody, intensity, dynamics and pretty much just trying to be interesting! The band pretty much just came to be when I decided to make a new one, put adds out on the internet, and the rest is history, that was back in early 2010, just met the right people this time I guess.

4. You guys are from Western Australia what is the music scene like there and are there any band recommendations you’d like to present?

Aaron: Well, we have a lot of bands the scene is pretty good now days, but as any where you have your good bands, and your bad ones! And for the good ones, people come to the shows, in decent numbers, they are tight network, so to speak and you end up seeing a lot of the same faces, unless your playing an international gig as a support, then you see half the city, who are never at local shows, and you just wonder why. But as for my recommendations, off the top of my head, I’d have to say, Animistic, I Am Eternal, and Sensory Amusia, to name a few, I’m sure there is more.

Aaron: We are a death metal band musically, but lyrical we never cover the usual death metal themes. I try to write about personal issues, mostly, be it my own, or things I see that bother me and I feel I should comment on or have my say, I mainly try to have some thing to write about that any one can relate do, and I try really hard to do that, as I feel the whole cliché death metal lyrics of murder, killing and all that shit, is tired and old and does not have a place for me in this band, not that there is any thing wrong with it, Id like to reach a lot more people, then the niche market out there that likes that, I mean in my opinion how many people can related to hacking up a body in a bath tub? Not many, or not nearly as much people who would relate to real day to day, or life issues.

Aaron: Yes of course we do! The process is rather simple A song musically will be written by one of us, and some times be complete and it needs no work, or it will be passed on to one of us, and we will fix it up and get it complete, or some one will write a riff, be it an intro or a bridge, outro what ever, and well just send it around and work from there till we get a finished song, then they final tweeks of arrangements are made, if any are needed, and we give it to the drummer, to put his parts to it, and then repeat the tweeks, and once its 100% I do the lyrics to it, and even then some tweeks still may be done as some thing may not flow or work, I find and it needs to be changed. And all of this is done on our own in our homes and we transfer the songs, as mp3’s or guitar pro files, for every one to learn and contribute.

Aaron: Me personally, any thing really, heavy music and non heavy music, I even draw influence from movie scores, but other then that I think we all basically just draw influence from the heavy weights such as, Behemoth, Fleshgod Apocalypse, Dysencarnate, Hour of Penance, I even like some of the core based stuff, like Whitechapel and Carnifex, stuff like that.

9. What type of recording process did you use? Who produced your recording?)

Aaron: Pretty standard, we just got all the tempo grids sorted out and the click tracks, got the drummer to record to that, then the guitars tracked to the drums, then the bass, and then the vocals, after that it was just a matter of re-amping the guitars and bass, and mixing the whole thing down, And a good friend of ours Sam Allen recorded us, I’m not sure who produced it, as we couldn’t even figure out what it mean to be produced, when we were talking about it in the studio hahaha.
10. How did you sell your CD’s/Audio Files?

11. What live performance experience have you had?

Aaron: Too many to go into detail in, like every band we have had some great ones, and some terrible ones, we have had amps switch to clean signal while playing a big festival, poor mixes, bad mistakes that were really noticeable, no bass for an entire show, being stranded at a festival grounds in below 0 temperature since 7am for a 10 am sound check that never happened, freezing all day then getting onstage at 10pm and we all had colds, the list goes on! But one great one this year would definitely be playing with Amon Amarth, and being so well received to a sold out show to a crowd that wasn’t even there for us!

12. How do you rate your live performance ability?

Aaron: Ummm haha, well we all play exactly what you hear on our recordings, and we can do it live with relative easy, I don’t want to come out and say were we are amazing, but we do what we can to make sure we play as tight and professionally as possible, but of course there are always off nights.

Aaron: The darker side that people as individuals or humanity as a whole, succumb to, embrace or accept, pretty much just every thing wrong with us all, be it your own demons, or the worlds.

14. How do you describe your music to people?

Aaron: Haha I just tell people its modern death metal, with out the death metal lyrics, say it’s groovy, fast, erratic, and most of all catchy!

15. What else can we expect to see from the almighty Befallen for this year?

Aaron: Well, pretty much just promoting this release, doing as many shows as possible, could be doing some very cool stuff toward the end of the year, but I cant talk about it yet ahaha, basically just get this release process over and done with, and move on to the next one and build on the stronger points of what we have done this time round, other things to keep an eye out for would be, our film clip, and then a lyrical video unveiling the albums artwork.

16. Anything else you want to add or say to your fans?

Aaron: If you’re a fan of us, and like what were doing, please share us around to any one you know would be interested in hearing us, just spread us round, get us viral so we can some day reach every corner of the world and play for all you guys! 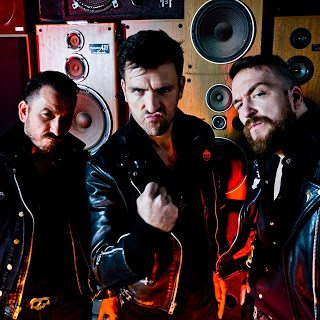 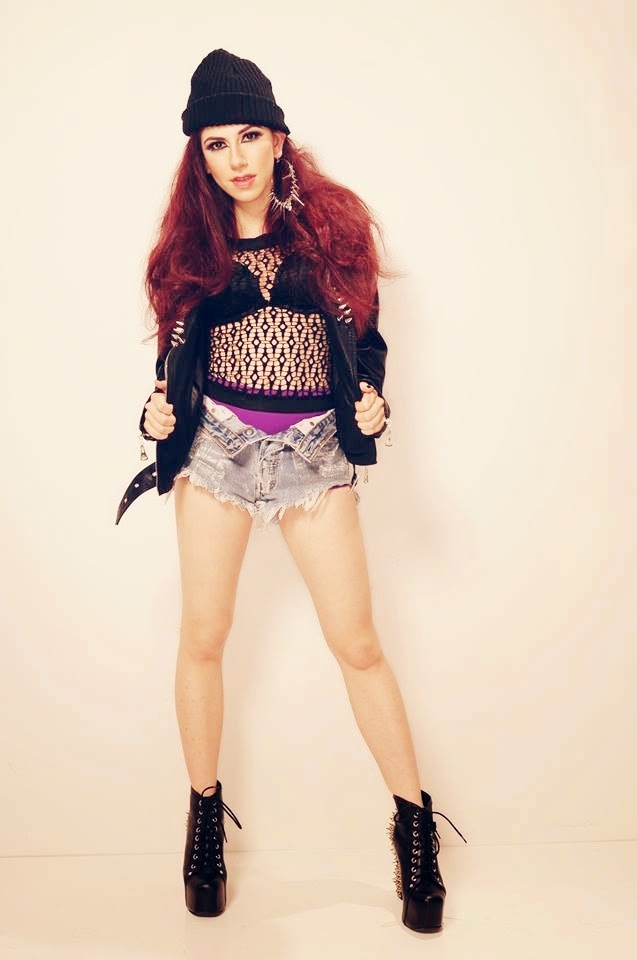 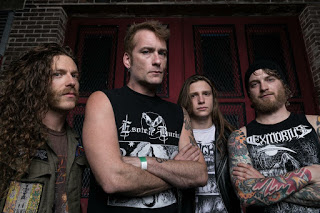 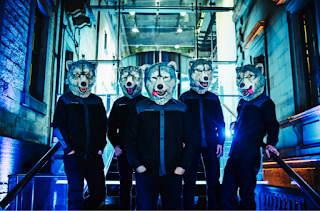 Man With A Mission Announce New Album "Chasing The Horizon"