Pop punk rockers Call Me Anything is a two piece group with members Will Tenney and Matt Mcnulty. Having released a demo set of releases and a brand new EP there is nothing these guys cannot do. Will Tenney talks to me about the band and music abilities as musicians.
1. So tell me the tale behind the band’s name Call Me Anything?

Will: First of all, Hello There! I’m Will. I sing in the band Call Me Anything. Our name came from a situation that happened to a friend of ours a few years back. He was involved with this girl, and it all got a little crazy. We all look back and laugh at it now.

Will: We’re a Pop band. A lot of people don’t like to hear that, or think that we should be making a different kind of music, but that doesn’t really bother us. As much as we like to make music for our fans, we also do it for ourselves on some level. We’ve both played in bands before this, and got our time in playing Punk, Metal, etc. This is where we’re at creatively right now.

3. Who write’s the songs and what are they about?

Will: For a long time I (Will) wrote all of the songs. It just sort of came naturally because I have been doing it for so long. I was the main writer in my old band, and founded Call Me Anything so it sort of came naturally. On this past record, we did a bit more collaborating, and I think it came out really well. The worst thing you can do as an artist is close yourself off to outside opinions. Somebody’s else’s suggesting may just be the little tweak you need. Specifically, when we were recording “#OVERIT,” we were about to leave the pre-chorus as it was, but Matt suggested a really cool electronic part instead. It really took the song to the next level and made it sparkle.

4. Who are your musical and non-musical influences?

Will: I have such eclectic taste. I hate to be that guy, but I can really listen to anything. I might not enjoy it all, but I can always find something I like, or learn from a certain type of songwriting. But if we’re talking about favorite artists of all time, I really like Butch Walker, Claude Kelly, Allstar Weekend, Blink 182, Jack’s Mannequin, and Katy Perry.

5. Tell me about your demo release “A Little Bit Better Than Yesterday” where did the title come from and is this a concept release?

Will: Well when we started Call Me Anything, we didn’t really know what kind of band we wanted to be. We loved pop music, but weren’t really ready to take the full plunge yet. When we started recording, our songs came out very “Acoustic Rocky.” Sort of like A Rocket To The Moon, or Brigten, but when we finished the record, we weren’t 100% satisfied. That’s sort of how “A Little Bit Better Than Yesterday” came to be. We loved the songs, but we knew we could do better. We felt like they were songs that were left over from our old bands, not Call Me Anything songs.

And to answer your question, yes, it’s sort of a concept release. If you listen to the record from start to finish, you really start to see the story unfold, and the progression take place. Anyone who’s listened to “100 American Town” with critical ears knows that it’s sort of culmination of the previous 4 songs. It ends the record on a hopeful note.

6. Are you working on any new music like an EP or full-length debut?

Will: You know, we were thinking about going into the studio to make another record, but we ended up not doing that. We’re so proud of our debut release, “Celebrity,” and want to make sure that it gets a fair shot before we put something else out. We still have so many things to come in support of that record. Keep an eye out for the new single version of “Celebrity (feat. Dylan Owen)” and our music video premiering on VEVO August 20th.

Will: I get this question a lot, and I’ve always said the same thing. My goal is to be able to provide for the people I love by doing what I love. If that means working a “Real Job” and doing music on the side, then so be it. Call Me Anything will never be a “Side project,” but the main thing for us is to be able to make our loved ones happy. I don’t think we could ever throw the towel in and call it all off. There are too many people that love this music, too many tattoos, and too many loving fans that I know we’d be letting down. We’re just going to spend the next few years doing exactly what we’re doing, and hope the industry thinks we’re as good as our fans do. Hustle hard.

8. How do you promote your band and shows?

Will: We kind of go in with a “Shameless” attitude. In some respects, you sort of have to have that outlook. We sell our music to everyone that is willing to listen, and sometimes even people that aren’t haha. We have an awesome team working for us that works on social media, Street teaming, and more. We always promote hard.

9. Can you describe your show, visually, and musically for those who may have seen you perform before?

Will: I hate to be cliche, but it’s always a good time. We’re just one of those bands that always has fun. Some people take themselves too seriously and try to focus too hard on playing perfectly, but we just love to go nuts. As long as the people standing in front of me are happy, then I’m happy. We always try to go the extra mile, whether that be by bringing in confetti cannons, or cool intro tracks and lights, we always put on a show.

Will: Girls, fans, the dream, and the need to express myself.

11. Do you have any advice you’d like to give to fellow bands who want to do what you’re doing?

Will: Work 24 hours a day, seven days a week. It’s the only way. I promise you that.

12. Anything more we can expect to see from you guys for this year?

Will: Definitely! Make sure you take a look at our new Music video premiering on VEVO August 20th, and buy tickets to our Northeast tour dates this Fall.

Will: Thanks for taking the time to interview me. You’re the sweetest of all pumpkins. 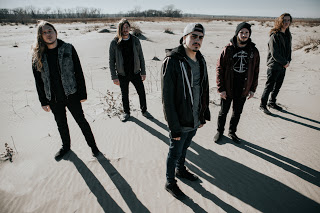 By The Thousands Releases Video for "Revenant" 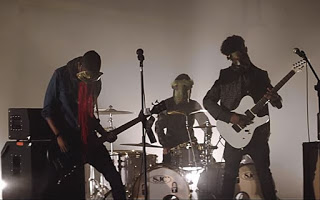 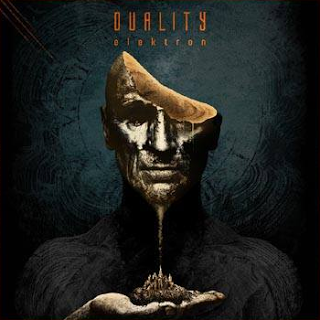