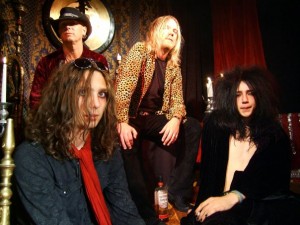 The Crash Street Kids has been around for sometime now and just recently released an all new album entitled “Sweet Creatures” that follows the tale of a boy and a girl who live on the streets doing whatever they have to do to survive. With that said Adams goes on to mention the type of song writing the band creates as well as who influences them in what they do with everything caught in between.
1. Can you give me a brief summary as to how Crash Street Kids came to be, up until this point?

A.D.: Ryan (McKay, lead vocalist and guitar) and I met at a gig for some local band who had a couple of players MIA, so we both got called to fill in, him on guitar and me on drums. I have a studio here in Phoenix with a reputation for two things: 1) Cranking out great tunes; and 2) Parties of epic proportion!!!

I was recording some demos with Michael Bruce, Alice Cooper’s original guitarist/keyboardist and songwriter, for his “big comeback album”, and it was decided that we could use a little more guitar muscle, so it was a no-brainer to call Ryan in for the recording of the album, which, by-the-way, never got finished, for reasons I’m not at liberty to talk about!!! One song, however, seems to have shown up on Alice Cooper’s latest album. Re-wrapped, re-packaged, and re-arranged, but it’s on there!! Anyway, after all that, Ryan and I spent a lot of time hanging out down at my studio, drinking a lot of whiskey and listening to a lot of old ’70’s glam on vinyl. I have a lot of old albums, so I’d bring some down and we’d pull all-nighters listening to bands like Slade, T-Rex, Mott The Hoople, Silverhead, and lots of other stuff like that. Ricky (Serrano, guitar and back vocals) and Deuce (last name unknown, bass, lead and back vocals) were some cool local dudes that were playing around town, and heard about our “listening parties”.

They started coming down and hanging out, and we all became surrounded by smoke, liquor, and vinyl every Tuesday and Thursday night!! By then we were all trying to see who could bring the coolest records in. We also had recorded some great tunes that Ryan was writing. It was just a natural thing. We never really “officially” decided to start a band…it just kind of happened after a friend, who happens to be a big-show-biz promoter (!), heard the stuff we had recorded, and actually booked a show at a pretty large venue here in town, so at that point we kind of HAD to put something together. Five albums later, here we are!!

2. You decided to take the horror role this time with your latest release “Sweet Creatures”. Why?

A.D.: Nahhh…not really what I would call a “horror role”. It’s really an album that tells the story of two runaways, a boy and a girl, living on the streets, doing what they have to do to survive. They encounter the worst that the streets have to offer two teenagers on the run: drug dealers, prostitution, despair, and desperation. It’s really about their struggle to survive, despite the odds. But if you break it all down, it’s also a love story. A very dark and disturbing love story!

3. Do you think the horror material suits your band better or worse?

A.D.: Again, I’ll have to steer us away from the “horror material” suggestion. I think what, perhaps, could be mistaken for “horror” are the dark themes of most of the songs. Our first three albums were thematically tied together as one three-album trilogy. An epic story that took three albums to tell, but it is based on fictitious characters. I think where SWEET CREATURES differs, is the fact that, the story we tell on this record is real. This story is being played out FOR REAL, in big cities and small towns all over the world, even as we speak! The music definitely has a harder, darker edge, but there is some more up-beat, and even humorous stuff on there, as well. Take “Mary, Queen Of The Rock”, for instance. This song has a bouncy, happy groove going, meanwhile, the lyrics give you a glimpse into the sordid world of a gun-toting, drug-dealing, transvestite hooker named Mary!! OK…maybe that IS borderline “horror”!!!!! However you wanna classify it, we’re really proud of this record. I think it shows that we have knocked down all remaining musical boundaries, and are comfortable doing what it is we do. We’ve always done things our way in the studio, since we own the studio and produce ourselves. I feel that this is our best record, so, however you slice it, I guess I’d have to say that we’re better off!

4. Who are your musical influences?

5. Have you met all of the dreams and goals that were on your check list?

A.D.: Without sounding cheesy, I gotta tell ya that we “live the dream” every day. I’m playing rock and roll music with dudes who listen to the same music that I do, drink the same whiskey that I do, hang with the same chicks that I do, who love recording and playing together, and who don’t punch each other very often! That sounds like a good time, if ya ask me (which ya did!!!)! As for goals, we’re not big on the concept of goals! We tend to just stumble in and gets things done….somehow!! But really, we plan on getting on the road a bit more this year. We’ll also be shooting and releasing two more videos to promote the new album.

6. Tell me about the songs. What themes do they cover, and who writes them?

A.D.: Ryan is the primary songwriter. We all contribute, and Ryan is really open to suggestion, so it can often come down to us just putting our parts over his riffs and lyrics. We’ll all help out filling in lyrical gaps, occasionally, as well, and we all have a say in the arrangements and production. We’re definitely an “all hands on deck” kind of band. I have already addressed the theme of the album, as a whole, but it was important to us that each song could stand on its own, outside the “storyline” of the record. Lyrically, we cover everything from teenage prostitution, to doping-up in alleyways and whorehouses. We tell a story about abusive parents and teenage angst in the title track and “Asylum”. “Bang, Bang (You’re Beautiful)” and “Sad Julia” are about love at first sight and teen-hormones-run-amuck! There are songs about teenage love, songs about sex and manipulation, songs about danger, hope and despair, and songs that shamelessly introduce the listener to some rather unsavory characters along the way. “SWEET CREATURES” is a brutally honest and delightfully dirty record!

7. For those who may have not seen you live, can you describe a showcase for us?

8. What inspires you to do what you do?

A.D.: It’s not so much “inspiration” as it is a way of life. I like to say that “I didn’t choose rock and roll, rock and roll chose me…”! I think that, really, it’s just a matter of doing what you love. Do that, and everything else will fall into place.

9. What advice would you give to fellow bands or ones just starting out?

A.D.: Don’t try to sound like any current band, just because people think they’re the latest, coolest band. They’ll be un-hip and out of business sooner-than-later, and so will you!!! Be true to what you really love, and don’t be afraid to admit it. Also, go back in time, musically speaking, and visit some places you haven’t been before. Check out the raw genius of older artists like Cab Calloway, Louis Armstrong and Louis Prima. Dig in to some rare 60’s Brit-pop! Crank up some funky-ass James Brown or P-Funk! Bust out some 70’s glitter, glam, and punk! Hit up greats like Tom Jones, Sinatra, and Sammy Davis, Jr.! Listen to it…REALLY listen to it. And watch videos. Look at the way they did what they did, the way they sang, the way they moved. Listen to the chord changes and arrangements. Lift a beat from one of the great drummers, turn it around and make it YOURS!!! Turn a 1940’s sax riff into a blistering guitar solo! Watch how they worked an audience…Find out what made them so great! Don’t be scared, take a big bite…it was great shit, once upon a time, for a reason!! (Jeeeeezzzussss!!! Did I just mention Tom Jones??!!!!)

10. How does music affect you and the world around you?

A.D.: Try going just ONE day without music of any kind. Just one day…no music AT ALL! Not on the TV commercials, not as background for movies and video games, no radio, no iPods, no singing, no whistling, no humming…nothing! Not one note of music…try it for just 24 hours and get back to me on that one!! I couldn’t even begin to imagine that. It unnerves me to think of all the poor strippers grinding it out in absolute silence!!

11. What else can we expect to see from you guys this year?

A.D.: We’ll be hitting the road ,and then probably start working on the new record early on in 2013. And there will be more booze-n-vinyl down at Shabby Road!! A lot of it….and everyone is invited!!!!!!

A.D.: Check out our new album ,”SWEET CREATURES”. It’s available at all the decent record stores in the U.S., Europe, and worldwide. You can also find it, and all our other albums, online at iTunes, Rhapsody, CD Baby, Amazon, and many other online sites. We also hope you’ll take a look at “Sad Julia”, the first video from the album.

http://www.youtube.com/embed/2S2v1Go0bg8. You might also wanna dig into a slice of CRASH STREET KIDS at our website: www.crashstreetkids.com, or on Twitter, FaceBook, and all the other usual (and unusual) places!! We’ll see you all on the road, and if we’re not playing in your town, let the local promoters know about us, and we’ll get our bloody arses out to see ya!!!! And tell ALL of your friends about CRASH STREET KIDS…we’re starting worldwide CSK Street Team. If you’d like to get on board, we’d love to have ya!! Just let us know who you are, and where you live!!! Hit up Dave, our publicist at www.headfirstentertainment.com and let him know you wanna be a CRASH STREET KID!!! Wet kisses and LUVsweat, GlitterBabies! 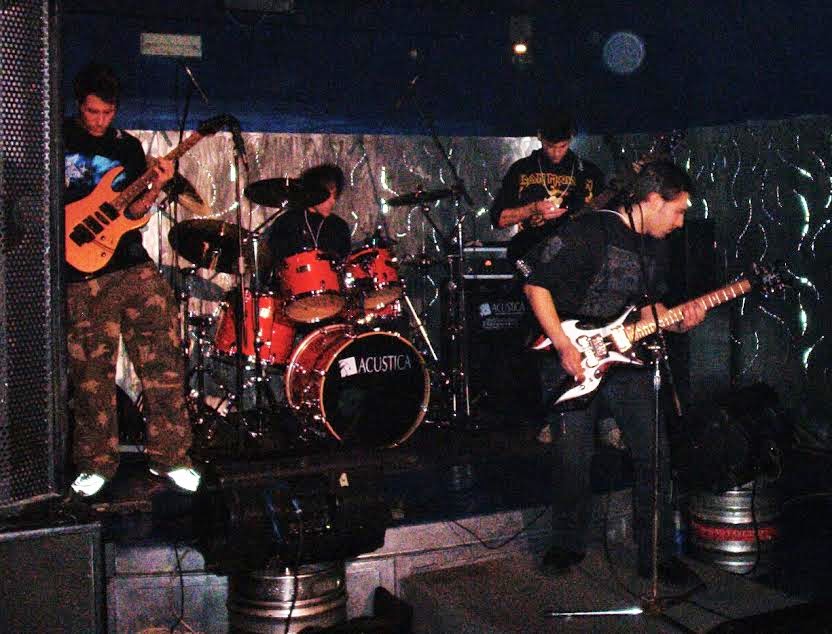 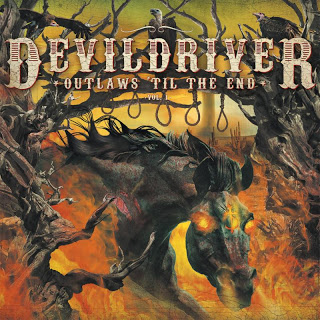 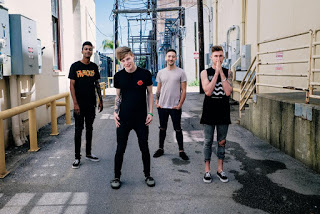 MAKEOUT RELEASE "RIDE IT OUT" VIDEO 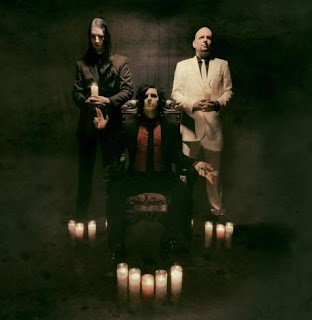