Devilish Impressions have been hard at work writing and recording all new material for their upcoming new album due out soon. Vocalist and guitarist Quazarre and bassist Vraath talks to me about their band, song writign styles and recent signing to Lifeforce Records.

V. DEVILISH IMPRESSIONS is a band continuously searching and experimenting, a band never afraid to break the mold and go a step further. We used to be called avant-garde blackened death metal, which was pretty nice as I never found another band called this way. We play extreme music and I guess words such as black/death metal will always be correct if someone wants to label our music.

2. So why the name Devil Impressions what does this symbolize for you and the

Q. It symbolizes the way the world’s changing… As well as the way we are and will always be changing… When forming the band I knew we’ve got to find a name that would give listeners a hint on what’s more or less our music and lyrics are like. At the same time I wanted to label it with words suggesting it can’t be associated with black metal only… Words that would offer something different…

V. The official date of Devilish Impressions’ birthday is November 2000. D.I. started as a three piece. Within 12 years of existence the band faced several personal changes so the founding singer/guitarist Quazarre is the only member of the original line-up. Albums “Plurima Mortis Imago” and “Diabolicanos” were supported by intensive touring alongside the biggest names in metal world. “Simulacra” is the third full length album and opens the new chapter in band’s history. For more detailed biography check out our website or Facebook profile.

4. What are your songs about? What specific themes do they cover?

V. This would be the question for Quazarre who wrote the lyrics but I can tell you he doesn’t like to explain them. They are opened for interpretation and any one can do it differently. I can only say that as the title of the album indicates the lyrics cover duality of things, not everything is always what it seems to be.

5. Do you write your own songs? Can you discuss the songwriting process in detail.

V. Of course we do! The music is composed by Quazarre, who always was responsible for writing most of the band’s songs. He brings the tracks yet he is opened for other band members’ suggestions and ideas. The rest of us band have freedom in arranging our parts (drums, bass).

Q. Well, I wouldn’t say there are bands we take direct inspiration from but there are so many we appreciate that it would be hard to point them all. I, for example, started my musical journey long time ago with Metallica, Kreator, Sodom, Death… After that it just went  on and on, during the passing years I got to know dozen hundreds of excellent bands and… eventually landed on the same stage with some of them afterwards.

7. You signed a deal with Lifeforce Records what set them a from all of the

other record labels? What do you think they will bring to Devil Impressions?

V. We had talks with several record labels and chose Lifeforce simply because their

offer was the best for us. Stefan – the Lifeforce main man seems to be a real professional guy and his attitude and faith towards the band make us believe that together we can do a lot of noise around Devilish Impressions.

8. Tell me about your latest release “Simulacra” what go with a title like that what does it represent and is this a concept release?

Q. “Simulacra” reflects duality of things, religions, symbols… It should open the mind of someone who’d even accidentally bumped onto it, show him nothing’s as clear as it seems to be… No, it’s not a concept release, but there definitely is a general idea behind both music and lyrics. When thinking of words just imagine they may all be taken other way round… It’s all about how we’d name particular phenomenon… What gives us a right to say something’s good, while in fact it could be real evil?… Why people tend to think the morals and ethic someone worked out long time ago shall be the only acceptable and respectable now or in the years to come?… As mentioned earlier, the world’s changing… People are changing, and all these changes are irreversible…

9. How would you describe the overall sound of the new album? How does it compare to previous Devil Impressions releases?

Q. “Simulacra” is definitely the most epic one we’ve done so far. When trying to describe what’s going on within the album we’ve come up with the following: MUSIC for the EXTREME experiMENTAL generation ONLY. It clearly indicates whom our music is addressed to yet by the word ‘experiMENTAL’ it also shows there’s much more into it. We’ve always had songs with lots of melodies, but this one goes even further. Obviously, it’s not all-the-fucking-time-long melodies onlyJ First of all, there are massive, sometimes very heavy riffs used as each song’s solid base, so all the melodies were built upon it, not other way round. If we’d release the album with all of the orchestrations and additional effects removed, you’d definitely get it way more brutal. But the thing is – we didn’t want to! There are hundreds of groups around that were, are and will always be hell lot more extreme than we are, so we’re aiming into different directions…

10. Did the band have any definitive goals they were shooting for before the

recording process began for this album?

V. We wanted to make a great album for both us and the fans, a masterpiece- nothing less. It was supposed to be the stand out album, music wise, with great production and graphics.  It was especially important as the band was absent for 4 years. We wanted our “comeback album” to be possible the best. I think we achieved this goal. It took us some time to finalize all aspects but it  was definitely worth waiting.

11. Are you using any new instrumentation you’ve never used in the recording

V. If you compare “Simulacra” to previous albums you will hear a lot more orchestrations. We’ve always been using keyboards but this time we took it to a new level. We had two people working on “electronic” parts for this album and they did amazing job. Using such intensive effects added another dimension to our music.

12. When did you start writing for this album? How was the songwriting process

Q. I’d started sometimes in the middle of 2009. It was rather similar to the way I’ve worked on the previous albums. This means, I compose the songs, lay down the guitars’ tracks and such version present to the others in DI as the album’s pre-production version. I then write lyrics, think of additional guitars, synthesizers, vocals and so on, while Icanraz and Vraath work on their parts. Once ready with that we meet on rehearsals, play it together, introduce changes and collectively work on further arrangements.

13. Did you feel any pressure for a follow-up?

V. I don’t think we did. We are in very comfortable situation as we don’t  have to fulfill anybody’s expectations.  Of course it is very important to us that people appreciate our music but even more important is making us happy as creators of this music.

V. I’d say that polish scene is stronger than ever. There are so many great bands that it is difficult to name just a few. I think that nowadays Poland is like Sweden in the 90’s. It is a cradle of good metal music recognized and respected all over the world.

16. What are your upcoming tour plans and plans for this year in general?

V. We have been confirmed for a number of 2012 summer open-air festivals and once the summer is finished we shall start booking regular tours. We really can’t wait to hit the road.

Q. Well, thanks a lot for your support! Watch out for “Simulacra” and let it blow your mind away… 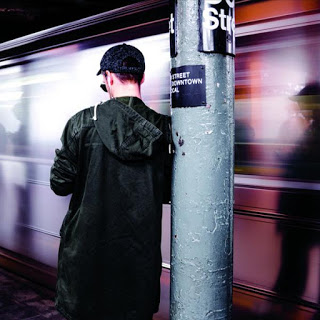 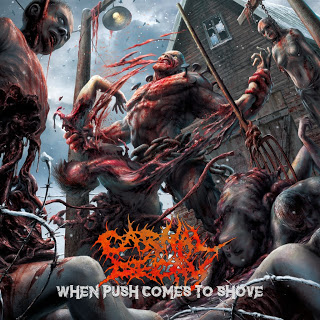 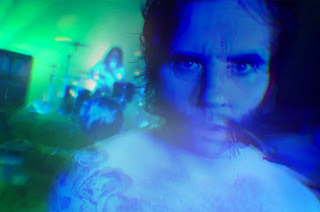 Doyle Releases New Video for "Run For Your Life" 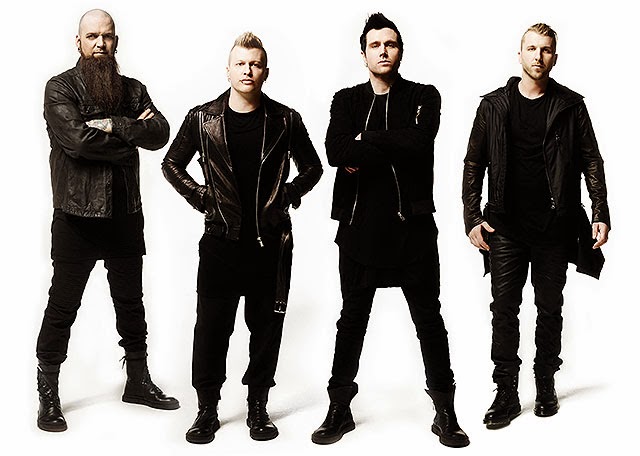