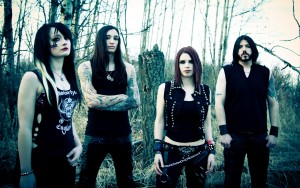 It’s been a while since last speaking with metal outfit Edge Of Attack. Since then the band has been busy writing, recording, and replacing previous members. While also releasing an all new video for the hit single “Forever”, they also will be unleashing their full-length self-titled debut. Find out just what else we can expect to see from these metal misfits of 2012.

1. So what happened with Edge Of Attack since we last spoke, you got an all new line-up who left and who came aboard?

We’ve been busy to say the least. Just in the last month alone we’ve toured the new material, we’ve been signed, and we’ve begun to write and record new material. As for the line-up shift, we had Denver come on board to replace Kayle on bass guitar.

2. Who produced your self-titled debut and what label released the album?

Jurekk is working very hard at producing the album and it is soon to be released with Spread the Metal Records.

3. What inspired the album title and is it a concept album? Can you tell me about the album artwork who designed it and what does it symbolize for the band?

The album is self-titled because it represents a reinvention of our sound, which is a very important aspect of the album. The art was done by artist Andrew Triebel and it captures the vision of our song, which is also titled, Edge of Attack.

4. How would you describe the overall sound of the new album? How does it compare to “No Return”?

It’s an American take on power metal. As a whole it is completely different, though you can still feel some strong thrash influences.

5. Did the band have any definitive goals they were shooting for before the recording process began for this album?

Of course our foremost goal was to sign a recording contract with the new album. Luckily for us, it happened before we even had the chance to release it.

6. Are you using any new instrumentation you’ve never used in the recording process before?

7. When did you start writing for this album? How was the songwriting process different/similar to previous albums?

The writing process is very intensive. It’s hard to pinpoint a specific starting time because writing is a constant process. We are constantly stockpiling ideas for new songs.

8. Can you go into one or two tracks on the new album? If so, can you give us the track title and brief description of how the track sounds and how it came about?

Well, at this point it’s hard to say which songs will make the final track list and we would rather leave it to the fans to get their first impressions from the music.

9. How was the vibe in the studio?

We are just in the process of heading back to the studio now, but we tend to keep things very low-key and professional. We get along well so things are typically upbeat and run as smoothly as we can manage.

10. When can we expect the new album to be released?

Our target is in the August/September 2012 area.

We just wrapped up our Attack the West tour. The overall response was great, and we had the chance to win over some unlikely audiences.

12. Will you be touring this album? Is there a chance you will be doing a short tour before the album is released?

Having just covered Western Canada, our plan is to tour North and South America once our album is complete.

13. Did you feel any pressure when it came down to writing, recording, this debut? Do you all plan on celebrating on the day it’s released?

The truth is that we all enjoy writing and recording so much that pressure isn’t how we would describe it. We are striving to make the best album we can and that’s just our day to day. While the release of the album is definitely something to celebrate, our focus will shift immediately to getting back on tour. That in itself is a celebration.

14. You released and shot a video for the song “Forever” can you tell me about that experience and the concept behind it? Will you be using the microphone stand you used in the video at your showcases?

The Forever video was intended to be simple, so we couldn’t really say it had a particular concept. We did the shoot early in March of this year and it was still very cold so it took some determination to shoot. The location had no heat, minimal shelter and we weren’t exactly wearing parkas. After a few hours we were glad to be finished. As for the mic stand, while Trevor did a great job custom-making it, it’s much too heavy to take on the road. Mostly it’s for promo purposes only.

15. What more can we expect to see from you guys as far as this year goes?

Our plans are to finish recording the album, tour as much as we can, and hopefully after that we will shoot a new music video.

16. Do you want to add or say anything else?

We want to give a huge thanks to our fans and remind everyone to check out our website and our Facebook page. We are excited to have joined the roster of Spread the Metal Records and we can’t wait for everyone to hear the new album. 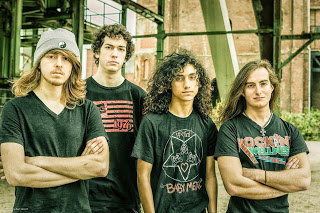 Next To None Releases Video for "The Apple" 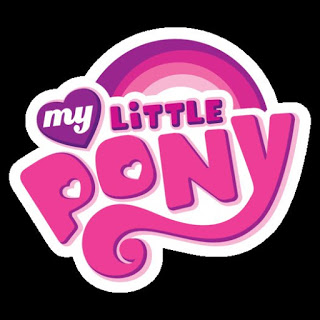 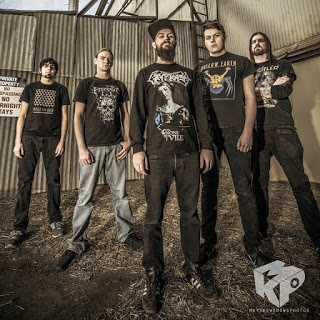 Allegaeon Releases New Video for "Of Mind and Matrix" 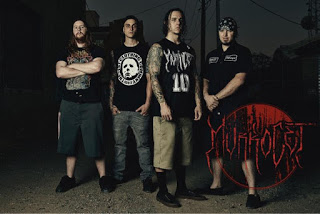