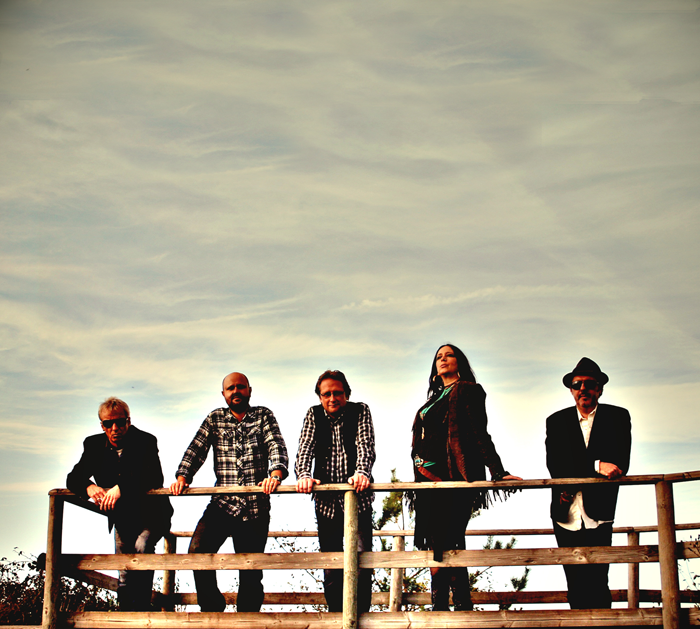 Coyote will be released on Welsh label Habit Formed Records. Ghost of a Dog’s producer, songwriter, and original member of Eighties stars T’pau, Ron Rogers produced Coyote at Up the Lane Studios, Monmouth, and the band are over the Moon with the results. Tamzin Powell songwriter and vocals says, “The album has taken over a year or hard work, and Ron has been with us all the way, we have been very lucky to have this great connection with him.”

Ghost of a Dog’s debut album ‘Full Moon Crime Spree’ sold out with two pressings, and was self-released, but affiliated to Folkwit Records and Proper distribution. Matt Powell, songwriter andguitar, says, “We were very grateful to Folkwit Records for all their help and support on the debutalbum, but it’s great now to have our own label family in Habit Formed Records. They intend to re-issue our debut album so that many more people can obtain a copy too”. Full Moon Crime Spree had worldwide radio play in both Europe and America.

Ghost of a Dog have a busy year ahead, starting in January 2013, with radio appearances and a mini-Welsh Independent record shop tour, with festival dates in the early summer. The Album launch party is at The Queens Head; Monmouth on Saturday 15th December, with support from Cardiff’s Rob Lear, 8pm entry is FREE. There will also be another launch in Cardiff in the New Year – details to follow.

The album will be available through retail outlets, via itunes and direct from Habit Formed Records. If you’d like to contact ‘Ghost of a Dog’ regarding gigs, press packs or anything else, please use the following websites: www.habitformedrecords.com or www.ghostofadog.co.uk

Bieber Must Pay for Monkeying Around In Germany

Beyonce ‘Did Not Actually Sing’ at Inauguration, Marine Band Says