It’s very sad that these four candidates did not get to face President Obama and Governor Romney on public TV. I applaud Larry King for taking action and hosting this debate!! 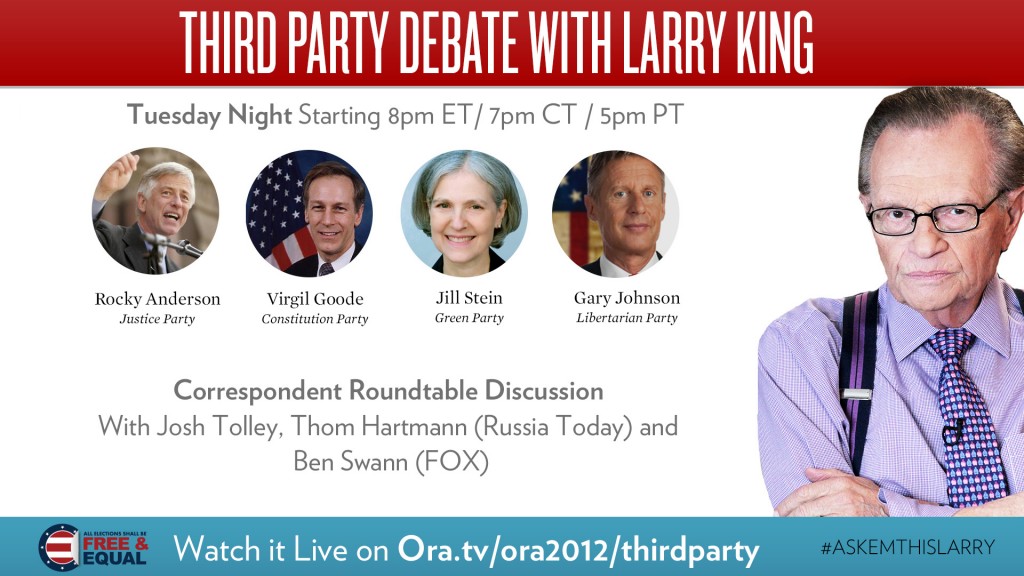 Larry King, the host of Larry King Now on Ora TV, will serve as moderator for a special 2012 Presidential debate. This debate will take place on October 23 at 9:00pm EDT at the Hilton Chicago and streamed LIVE here on Ora TV.

Larry King, “I have interviewed every US President since Nixon, and lest people forget, I helped usher Ross Perot into the national conversation during the 1992 presidential contest. I appreciate the importance of providing a platform to those with real alternative visions for our country’s future.”

Why Artists Get Dropped

Florida Rapper Talio Sets the Party off at Full Throttle with Hype Video “Get Crunkcoco” feat.

DvonMusic is an experiment of creativity delivered in clear language