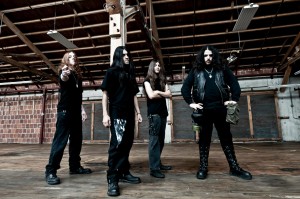 their start in the Los Angeles, California music scene, Maleficent Vigor had the passion and love for music as any other person would with this they took it to their advantage and used it to their own doing. Playing various showcases, writing music, and finally recording their debut EP. Nowadays the band continues to grow and expand their fan base as much as possible! Drummer Michael Lewis discusses history, name’s origin, musical inspiration and what there songs are truly about!
1. So tell me the origin story to how the name Maleficent Vigor came to be. Does it symbolize anything for the band?

Michael: In the past we started off with a few other names, but we were never satisfied. During the process of name considerations, we searched for meanings that we could relate to in many ways. Maleficent Vigor is what we had stuck with. It most definitely symbolizes the band. Together it’s meaning would be a strong act of evil within. It’s exactly the topic we write about from many different perspectives.

2. Tell us the brief history of your band. Everything basically came into play about four years ago.

Michael: We started off as a group of kids with the same passion and love for music. As time went on we began to find our style and our music started to mature. Playing many shows we opened up for national acts such as Deicide, Belphegor, 1349,and Darksun. With shows like these coming along our fan base began to grow. We then started looking into management, but it didn’t seem to work for us. In 2010 we entered Black Static Studios to record our first EP striving to get our music out to others. Today we find ourselves continuing to grow and trying to do everything on our own.

3. Your band is from Los Angeles, California where the music scene is always buzzing do you have any band recommendations?

Michael: A great band that we have been fortunate enough to meet and work with would be Sothis. Definitely a band you should listen to.

Michael: We like to consider ourselves to be melodic death metal.

5. “Novus Ordo Seclorum” was your debut EP released in 2010 how does it differ to your upcoming album?

Michael: The EP was a quick five song album that we wanted to use for promotion. However we did not feel it did us justice. It was rushed due to lack of time and money. Our upcoming album shares the same name, but is a full length 12 track album. We really took our time and did this album right.

6. Can you tell me the title of the album and is it going to be a concept release?

Michael: The title of the album is Novus Ordo Seclorum, it’s Latin for New World Order. It is a series of topics, but not a concept album.

7. Are you self-releasing it if so why did you want to go in this direction?

Michael: Yes, it is a long and difficult process looking for someone to shop our album. We are waiting for the time to be right.

8. What are your songs about? (What specific themes do they cover?)

Michael: We cover a variety of topics dealing with government conspiracies. We have our few select songs that are a bit off topic to what we normally do, but we never venture too far.

9. Do you write your own songs? (Discuss the songwriting process in detail.)

Michael: Absolutely, most of our songs are written in different ways. We don’t really have an organized system that we follow. At times songs can be written by one person and presented. Others are written piece by piece by each band member. No matter what route we take, we all pitch in our ideas to the song’s creation.

10. Who are your musical influences?

Michael: The biggest influences would have to be bands like, Hypocrisy, Dimmu Borgir, Nile, Immortal, and Behemoth.

11. How do you describe your music to people?

12. What image do you think your music conveys?

Michael: A group of people standing strong while the controlling force crumbles.

13. How do you promote your band and shows?

14. Describe your show, visual and musically for those who may have not seen you perform before.

Michael: We perform with various songs that fans like the most. Visually we have no kind of props we use, but in the future we have some ideas we think people will enjoy.

15. Do you plan on going on tour anytime soon?

Michael: As much as we would want to, all of our focus for the time being is set on promoting the album.

16. When will your new album be released?

Michael: The album should out by September.

17. What else does Maleficent Vigor have planned between now and the end of the year?

Michael: Do you think it is going to end come December? We are hoping to start setting up for our first music video. We think this will come into play after the album is released. No it will not end in December, it has only just begun!

18. Is that your final answer? 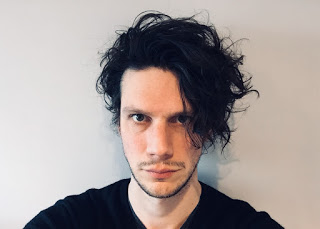 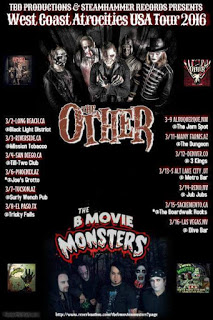 The Other Announces the Atrocities Tour 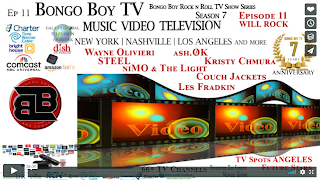