My Ransomed Soul are Bound in Chains in NEW Interview 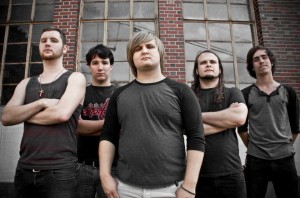 My Ransomed Soul discusses with me how they’re band got their name, their debut album “The Chains That Bind Us” what their songs are all about and what are their upcoming plans for this year. Vocalist Brendan even adds more detail in regards to these matters.

1. So My Ransomed Soul why go with naming yourselves that?

Brendan: Our bands name reflects our faith. We believe that sin has made us impure. We believe that when Jesus Christ died on the cross he paid the ransom for our sin. This is the concept that inspired our name.

2. Tell me about your debut album “The Chains That Bind Us”.

Brendan: “The Chains That Bind Us” is an album idea that has been in my head for almost a year. A couple songs came from past EP’s but most of the writing came together in August of 2011. The album has been classified as metalcore, but I would hope that listeners find it to be more than just a generic genre title.

3. How does it feel to have released a debut album would you say it’s a dream come true?

Brendan: There is a sense of accomplishment that is like no other. Not every band has the chance to release an album independently without backing from a record label. Anyone who has gone through this process knows how hard it can be to put everything together on your own. I’m just glad to say we have at least one full length under our belt.

4. Did you all get a chance to celebrate in any way or never thought about it?

Brendan: We never really thought about it. We did have a CD release show with bands from our area that we are good friends with. A lot of our close friends and family were there so that was our way of celebrating.

5. What’s the music scene like in Maryland any band recommendations?

Brendan: There are many talented bands in the area, but not many places to play. There are a handful of bands that I would recommend. Stillglow, In Dying Arms, My Maker and I, I The Breather, Vandalia, and What We Call Victory are just a few of our good friends  from the area that I recommend. There are of course many more, but it would be way to long of a list to name them all.

6. Your genre is Christian, Metal, and Hardcore, do you think talking about spirituality in music is becoming more popular and accepted in mainstream music?

Brendan: I think it is far less popular than it was a few years ago. There are still a handful of bands that are popular that have a Christian message, but their numbers are decreasing. I think there is a growing demand for bands with a negative message. I have seen people reject us and our music in the past just because we have a certain set of ideals. This is okay though, at least we can say we stand for what we believe in.

7. Does the band ever get criticized for not being Christian enough?

Brendan: Every once in a while a church venue will not let us play because we are not what they would consider the “appropriate genre” for their congregation. I do not think we have ever had complaints about not being “Christian enough”, but then again we are not perfect.  We are just five normal guys making music, trying to spread a message of hope and salvation.

8. How do you respond to those people?

Brendan: Being in a band, there are greater things to worry about. There will always be critics; we kind of just go along with it.

9. What are your songs about? (What specific themes do they cover?)

Brendan: A lot of the lyrics come from my own perspective on how I see life and the issues that surround me. One theme that is constant throughout our lyrics is my relationship with Jesus Christ. The lyrics on this new album convey a story based off my own life, going from confusion to finding purpose.

10. Do you write your own songs? (Can you discuss the songwriting process in detail?)

Brendan: All of our songs are original; we have yet to cover any other artist. Most of the music from our album was first thought up by our guitarist (Garrison) and the rest of the band added their thoughts. A couple of songs were thought up by our other guitarist (Michael) and our bassist (Taylor).  After a lot of trial and error we put together what we thought sounded best. After this we entered the studio and tracked out all of our ideas. When the first run of tracking was completed we decided to go back for second round of tracking and editing. That’s how we received our final product which is what you hear on our new album.

11. Who are your musical influences?

Brendan: We have a variety of different influences. It is hard to say exactly what bands have influenced us the most. Obviously there are a lot of metal and hardcore influences in our music, but we have also pulled from punk and pop music at times. I know for me personally Mike Hranica of The Devil Wears Prada and Spencer Chamberlain of Underoath has been huge influences for me vocally.

12. What image do you think your music conveys?

Brendan: I would like to think that our music conveys the passion we have for what we do and the faith we have. I want to portray a message of hope. Everyone will pull different images from our album, but I really want listeners to try meditating on our message if nothing else.

Brendan: We would like to tour as much as we can. This is becoming harder to do with the current state of the music industry. We are always thinking of new ideas for future music, but right now our focus will mainly be on playing as many places as possible to promote our new album.

14. Do you want to say or add anything else?

Brendan: I would like to encourage people to at least listen through our new album. Even if you don’t like the music at least read through our lyrics. Our new album can be found on iTunes and various other digital retailers. 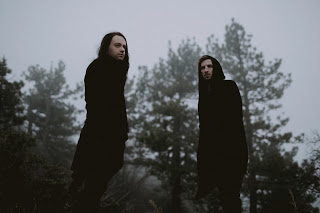 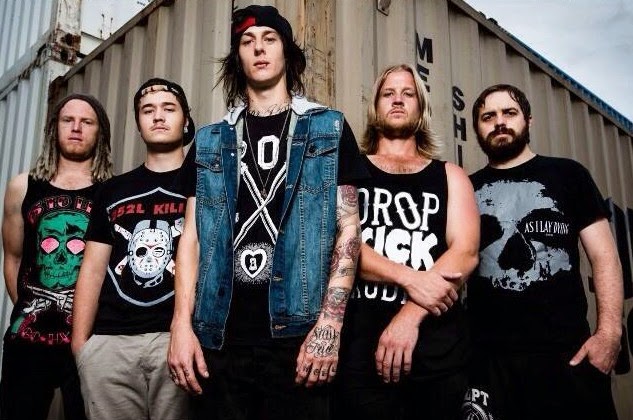 A BREACH OF SILENCE Releases Video for "Blind" 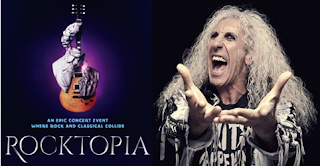