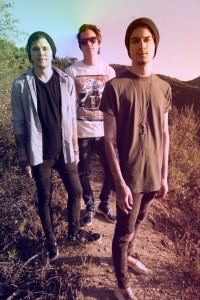 Sink Swim has got an all new release called “Elements” they discuss with me the writing style, musical influences, history, and just what type of band they truly are. So why not get to know Sink Swim!
1. What type of band are you? Where does a band name like Sink Swim come from?

We’re just a band that writes the music we want to write. You can call it rock, alternative, pop-punk, I guess. The name Sink Swim came to mind when I made the decision to start the project in transition of my previous band ending. I thought to myself, I’m either going to let life’s challenges get to me or I’m going to continue doing what I really want to do in life, which is music. Despite whatever gets thrown my way. So to put it metaphorically I was either going to “sink” or “swim”. You get the rest. 🙂

Sink Swim began with only myself (Dane) after a band Jake, our guitar player and I were in disbanded. I wanted to start something new and fresh and really go for the sound I always wanted. So I met with a friend who runs a really cool studio and he agreed to record my debut EP I wanted to put out which became Elements. I recorded all the instruments and vocals myself because I didn’t want to limit myself because it was only myself at the time. I wanted to take it as far as we can go. Once the EP was done, Jake joined me for guitar, then Corey our drummer who’s a close friend, then our bassist Blake. So the process took a little bit but we’re all here now and extremely stoked to begin the journey.

3. Who are your musical influences?

The bands I can say I’ve connected with the most throughout my life are bands like Coldplay, The Beatles, Blink 182, Paramore, Mayday Parade to name a few. All kinds of things influence and drive me to play.

4. What is your music background?

My whole family has had a huge musical background so I was surrounded by it in my upbringing. I loved it from as far back as I can remember. My parents told me I used to smack on the walls of the car or my car seat as a toddler to the beat of the music playing. Something about it has always made me feel like nothing else. I began singing around probably 3 and would try out for the school plays as a kid, which made me a lot more comfortable with singing to people. I picked up the guitar at 12 and I’ve always messed around with other instruments since.

I try to keep my music as honest as possible so they’re usually all things that have happened in my life that have affected me. Negatively or positively. Whether it be, losing a friend, losing relationships, meeting new people and seeing new things. The things you see and grow up with. My songs are my life in my own words.

Yes of course. It’s the only option for us, it’s what we love to do most. The songs on Elements were written by me with just an acoustic guitar in my room. And that pretty much translates to how we write songs together. We are together every day anyways so usually a new song will come out after picking up our acoustics in our “man cave” of sorts, haha! We just jam and practice songs we have and then write new ones. Sometimes Jake will start playing something new that sounds nice then I’ll just follow with what I’m feelin’ or visa versa. Then Corey usually starts slapping on the keyboard drums, messing around having fun and Blake will follow with the bass. Other times when we are at practice full-band, plugged in and all that, we’ll start jamming during breaks or after practice and songs come out of that as well.

7. Your EP Elements is your debut release how does this make you feel?

It makes me feel awesome! It’s really exciting to have something out there that you’re proud of. We’re really excited to show everyone what we have.

8. Why did you go with calling it Elements? Is this a concept release?

I called it Elements because in starting Sink Swim I promised myself I’d use all that I have around me and use it positively and honestly in my music and help me drive myself past the challenges thrown my way. The Elements representing the things that have made me who I am and continue to. I wasn’t planning on making it a concept release; I just want people to decipher it for themselves.

I like to think it’s catchy so I’ll definitely throw that in there haha. I would say it has energy, rawness, fastness, and slowness. I think there’s something in there for everyone.

We just channel ourselves into our music and hope that others take it as positively as we do. We want to effect peoples’ lives in a way that gets them through what music we love got us through and create and connection.

11. How do you promote your band and shows?

12. Describe your show, visual and musically.

Powerful. We bring ourselves into our show visually and musically, losing ourselves to the music. I love to connect to the crowd and try to give everyone a good time.

13. What inspires you to do what you do?
I just don’t think any of us ever had a choice haha. We’ve all had that same close connection with music since we were so young and it’s always remained close. I can say that the guys inspire me everyday and pump me up more than anyone. I’m also blessed with extremely supportive parents and family, which makes pursuing music a lot easier.

Do what you feel and nothing can hurt you. If you want it, you’ll make it happen.

15. How does music affect you and the world around you?

Music is like a language. People can pick up on it physically, and emotionally like body language. It takes me away from my problems for a while and makes me think. Everyone can connect through it; it’s an unspoken bond haha.

16. What are the biggest obstacles for bands?

17. What more can we expect from Sink Swim for this year?

You can expect to hear us playing a bunch of shows and having a damn good time! We plan to play as much as possible and work into a tour in the very near future. We’ll also be putting out new music. But the rest is a secret for now;). We have a lot of goals and aspirations so we plan to meet as many as we can.

18. Is that your final answer?

You bet! Thank you guys. 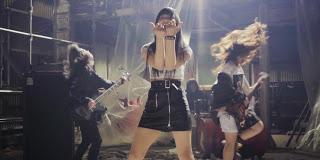 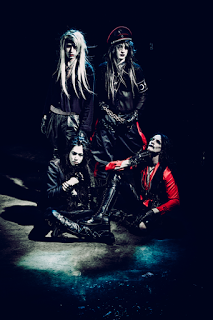 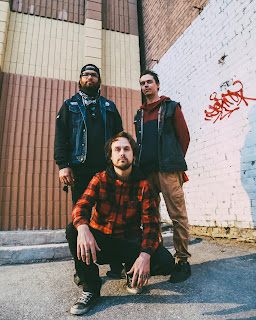 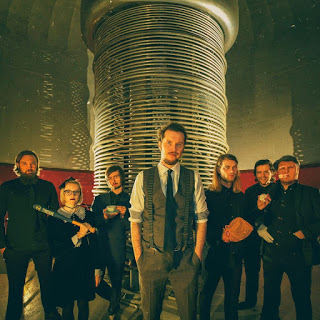