Tampa, Fla.- Central Florida prodigy Gitt Swift closes out the summer with another banging hit single and video “Money Dance.” The single is the second release from his forthcoming King House Records mixtape History In The Making Vol. 2, due later this month. 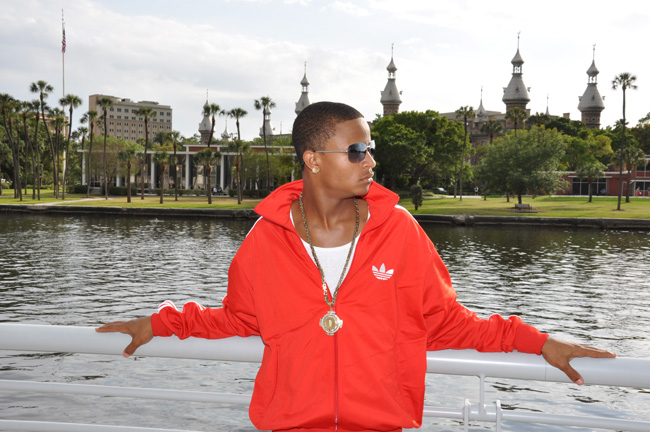 The song is produced by Stunna Baby (Plies/Big Gates Records) and the video is directed by Ondra Joel and videographer Justin Petrone of Status Industries.

“I want to be the one to change the game,” says Gitt Swift “and make it cool to make good positive music.”

And that is exactly what he has been doing since becoming an entertainer. Born Sayquon Devonte King, the youngster relocated to the sunny city of Tampa, Fla. at only a year old after his mother headed further South in search of a better opportunity for her family.

Those opportunities were found shortly after at the age of four when Sayquon was introduced to the world of entertainment. Gitt Swift was given a rare opportunity to perform a lead role in an urban-produced film “Stuck On Broke.” Gleaming on stage, the entire audience and cast members recognized that God had graced this kid with an extraordinary talent to entertain.

Gitt Swift gained fans from local high schools, churches, a couple of thousand Facebook followers and he sold a few hundred copies as soon as his debut mixtape History in the Making was unleashed.

His first single, “Tighten Up,” tore through the Sunshine State like a hurricane with a huge response from local teens with over 10,000 spins on YouTube and several spins on various i-Heart Radio stations. His positive messages, superior production and versatile styles make the world pay attention. However, it was Gitt Swift’s explosive stage presence that landed him several shows over the summer and coming into the Fall.

He headlined a central Florida Back 2 School Tour with Hussch Boy Records artists Famous Kid Brick, Cristol and Blackboi. And he kept his name buzzing with performances at Krunk for Christ events, fashion shows and birthday parties from Florida all the way to Georgia.

Gitt Swift has also been graced with the opportunity to perform at Oprah Winfrey’s Boys and Girls Club in her home town in Kosciusko, Miss., the Southern Entertainment Awards in Memphis, Tenn., Bethune-Cookman University in Daytona Beach, Fla. and Curtis Hixon Waterfront Park in the center of downtown Tampa.

And now, his buzz grows even stronger with the release of his second single and video “Money Dance” from his forthcoming mixtape History in the Making Vol. 2 due later this month.

Check out “Money Dance” on www.GittSwift.com.