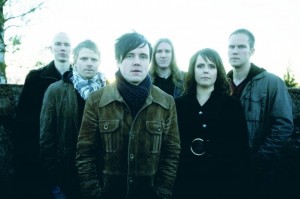 Formed in 99 The Chant was just getting their jumpstart to the music world. Once settled in they were signed with Shadow World Records which later lead to their signing to Lifecforce Records. Soon after they went on to record and write an all new album called “A Healing Place” and vocalist Ilpo Paasela talks to me all about this latest album, musical influences, and what the scene is like in Finland.
1. Why the name The Chant?

Ilpo: The name came to life in the late 90’s but I can’t remember who was behind it. As I can recall we wanted the name to be short but at the same time it should hold more than a one meaning. I think “The Chant”still goes hand in hand with our music quite nicely.

2. How did your band come to be what is your history?

Ilpo: The current line-up was formed in 1999 and we were also joined by a seventh member Pekka Loponen in 2010. After four self-released demos we decided to finance the recordings of our debut Ghostlines (2008) ourselves and got a little finnish label behind that. It got some attention in Finland but there wasn’t enough money and connections to distribute it worldwide. Still, it was a promising start until things got darker with the next album This Is The World We Know (2010). The new label went bankrupt in the middle of the process so there were no promotion of any kind with that album. Musicwise it was a great step for us and basically we went searching for more atmospheric and ethereal levels instead of the same old melodic metal sound. The new A Healing Place album is still widening the concept of atmospheric rock and it has almost a cinematic and dreamlike vibe in it. This time we made first a good deal with Secret Entertainment for the album here in Finland and then Lifeforce Records offered another deal to release it worldwide. So things are looking far more better now.

3. Tell me about your release “A Healing Place” is this a concept album and
where did the title come from?

Ilpo: A Healing Place is not a concept album but the same kind of themes are binding the songs to each other. We don’t want to spoil the process of individual interpretation by explaining the lyrics. Let’s just say the title and its meaning appear in the song “The Black Corner” and can be interpreted there.

4. Who are your musical influences?

Ilpo: After over a decade of existence I believe we have molded all our musical preferences from pop music to extreme metal to something of our own. Still, there are influences that are stronger than others and they usually come from the emotional and atmospheric part of music.

5. What’s the music scene like where your from any band recommendations?

Ilpo: If you mean what it’s like in Finland I have to say it’s more metal-oriented ever. I think it’s mostly a good thing since there are finally a lot of different styles of it exposed and alive. But at the same time we don’t feel The Chant belongs to the finnish metal scene musicwise and there are really very few bands that are playing this kind of atmospheric music here without that strong metal vibe present.

6. If you weren’t involved with The Chant what would you be doing?

Ilpo: I think all of us would be connected to music somehow. It would be really interesting to see it from another perspective.

Ilpo: We’re doing a few gigs here in Finland and keeping track how it goes with A Healing Place and its worldwide release in August. 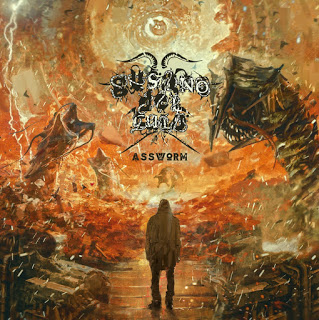 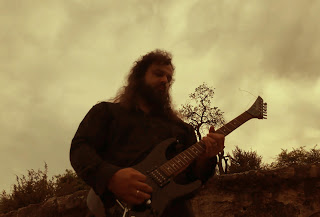 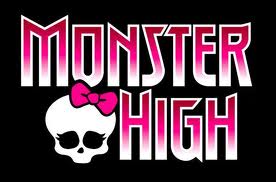 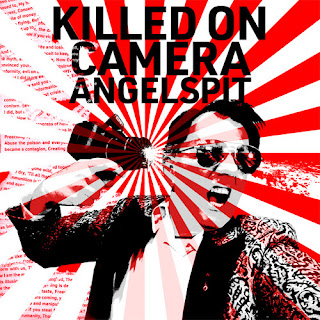