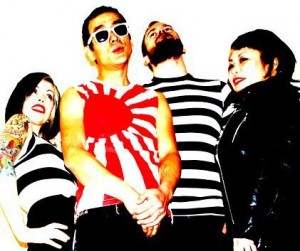 Power pop punk rockers The Custom Kicks from Northern California have got the power in them to promote and provide the tunes that they wish to create. They do have some tunes available via iTunes and Spotify and frontwomen Kate McClure discusses with me the band’s history, song writing, and the music scene on the other end of California with everything in between.

1. So why the name The Custom Kicks?

Kate: After an eight-hour Ouija board marathon, fueled by Bottle Caps, Bit-O-Honey, and other various forms of reject/poor kid leftover Halloween candy, my band mates and I were trying for a slow crash after our sugar high. Hilarity ensued; the Ouija decided for us. (That, and The Custom Kicks = Make you own fun.)

2. Tell me about the music you create what type of band are you and what is your music all about?

Kate: Destruction-pony-synth-power-pop-punk-poop-under-ripened-over-tipping-under-the-sea love songs about rainbows piss beer, and nerdy boyfriends that go on tour too much.

3. Have you recorded any previous CDs or posted any audio files on the Internet?

Kate: We have a 7″ on Silver Sprocket right now. The record comes with a download code. You can download them off iTunes and listen on Spotify.

4. What about the song writing what themes do your songs cover?

5. What’s the music scene like in San Francisco are there any bands you’d recommend?

Kate: Late 70 punk and Power Pop bands including but not limited to The Boys, Rezillos, Toy Dolls, The Dickies, The Kids, Real Kids, The Zeros, etc.

Kate: I had this one dream where Intergalactic travel was made possible. You used lipstick and mirrors. Different colors of lipstick indicated where you wanted to go. You just kissed the mirror in the appropriate color and off you went! However, you had to sacrifice a small child to gain passage. My goals are to have more dreams like that.

8. How do you promote your band and shows?

9. Describe your show, visual and musically.

Kate: It varies greatly depending on how much we’ve imbibed. A lot of energy is expended trying to dodge Adachi’s swinging headstock. I guess it looks like a game of tag played by the handi-capable.

10. What advice would you give to fellow bands?

Kate: Don’t eat a whole burrito before you go on stage. You will be very uncomfortable.

11. How does music affect you and the world around you?

Kate: Luckily for me, I’ve engineered my life in such a way that I live in a bubble where the music that surrounds me is of my own choosing. That being said, there are an unfortunate multitude who find it totally acceptable to record bass so whacked out, it sounds like Charlie Brown’s angry teacher, mixed with shitty Nirvana, and call it music. In a world of Crunk Core, LMFAO, and Pop Country where these people have 8 writers, 3 producers, and absolutely 0 clue as to what 6/8 timing is or how to draw a bass clef… The popularity of that shit has left me disillusioned almost to the point of nihilism.  Not saying my shit’s Mozart, but still… If that were the world around me, I guess I’d liking the effect to walking around trapped in a giant fart bubble. Then I’d kill myself.

12. What else can we expect to see from you guys this year?

Kate: We are obviously terrible at being interviewed. Buy our record! 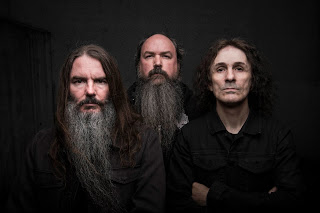 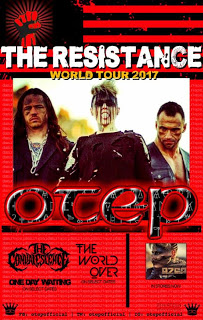 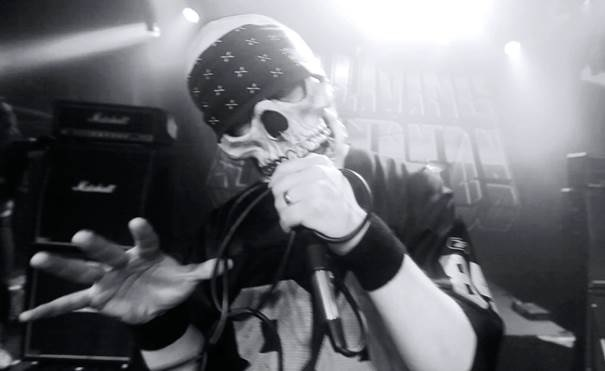