Thoughts In Reverse has got an all new EP “Sightings” out and after recording, writing, and working with It Dies Today guitarist Mike Hatalak the band has a brighter and better future ahead of them. Vocalist Brian Magee discusses “Sightings” creation, writing style, inspiration for its name and plans for the remainder of this year!
1. What type of band are you?

2. How did you come together?

Brian: The other guys had been a band for about a year when I joined. I was in another band in Syracuse that had broken up and I was looking to start a new project around the same time that they were parting ways with their vocalist at the time. So basically, the planets aligned and the seas parted.

3. What’s the origin of the band’s name?

Brian: They decided on Thoughts In Reverse before I was in the band. My understanding is that it’s a title of a song by Destroy the Runner. Once they told me the other options… Let’s just say I’m glad they picked Thoughts In Reverse.

4. You guys have a unique sound, which bands would you say influence you the most?

Brian: We are influenced by a lot of different bands. I would say bands like It Dies Today and August Burns Red as well as A Life Once Lost.

5. What was the inspiration for the album name Sightings?

Brian: We wanted to pick a name that reflected the idea that the world in which we live is full of signs and clues that give us a look into the “unknown.”

6. What was most different about recording Sightings?

Brian: I had never really experimented vocally as much as I did on Sightings. I really pushed myself to find the right delivery for the right parts. I also tried to find different lyric patterns that rest of the band hadn’t ever thought to do.

7. What is your favorite song off Sightings?

Brian: I would say “Skywalker” because it’s lyrically the most personal, and every time we play that song live, I get at least one person that comes up to me to tell me how the lyrics to that song really touched them in some way. That’s too powerful to ignore.

8. How was it to be working alongside It Die Today’s guitarist Mike Hatalak?

Brian: What did he bring to the table for Thoughts In Reverse? Mike is one of the nicest dudes I have ever worked with. Musically we seem to like a lot of the same bands and we are about the same age, so we seemed to have a bunch in common and we were real comfortable with each other off the bat. Come to think of it, I might ask him on a date next time I’m in Buffalo.

9. Who writes the songs, what are they about?

Brian: Our process for song writing is pretty basic. They get together and jam, when they have a full song they record it for me and I listen to it about 4,000 times. Then I either write lyrics around the mood the song puts me in, or I dig into my mysterious black book of word smithing and see what I have already written that will work. They are all super talented musicians, I’m just a dude who yells about my life into a microphone.

10. When it comes to performing how do you promote your band and shows?

Brian: Nowadays, everything is on the internet. Event pages, status updates, re-tweets. You know, all that social media shit. I personally hate it, but it gets the word out to the most amount of people. Personally, I still like going old school to the mall with a stack of fliers and handing them out to kids that look like they’re into music.

11. Do you have plans in-store for a tour anytime soon?

Brian: We’ve been writing while on the road and we plan on demoing some new stuff in the next month, so we haven’t really booked anything substantial. But we should be grinding away on the road in the late fall early winter.

Brian: The other guys in my band inspire me more than anyone or anything. They are some of the most hardworking honest dudes I’ve ever had the pleasure of working with. I know at the end of the day that all 5 of us have the exact same goal and will do whatever it takes to achieve it. If that’s not inspiring, I don’t know what is.

Brian: Put everything you have into your music if you really love it. Fans are smart, they can smell a fraud from a mile away.

14. What are your dreams and goals?

Brian: My goal is to be on the road as much as possible. If I can support myself doing what I love day in and day out, then I would call myself successful. Oh, and I want to win the lottery.

15. Plans between now and the end of this year are what?

Brian: Win the lottery, buy a boat, tour, get picked up, and french kiss Miley Cyrus.

16. Anything else you want to add for your fans?

Brian: I hope you guys like the new songs. See you in the pit. 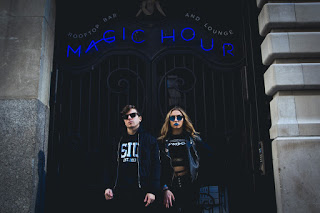 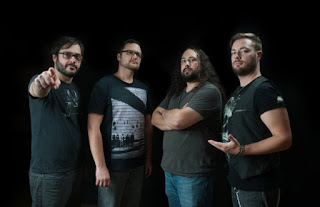 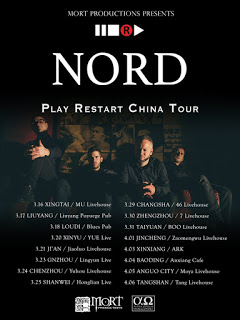 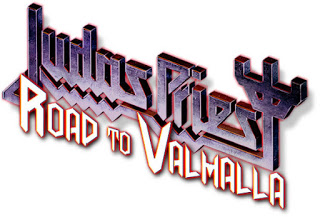