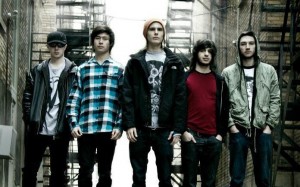 Montreal, Canadiens Truth Behold is an aggressive deathcore outfit founded in 2010 consisting of five musicians the music is strongly composed by and strummed by Cairn Tse-Lalonde, exhaled by Victor Soubry, strummed also by Anthony Karaplis, fingered by Charles Coutu, and brutally battered to death by Jay Essiambre. Having released some demos and a one hit single “Omitted Omniscience”, these guys have got a whole lot more of recording ahead of them and this future of theirs has no limits and shall not be ignored!

As a band, we’re not big on the whole subgenres trend that’s going on right now. We are whatever kind of band that that our listeners hear us to be. In short, we call ourselves a metal band, but we’re classified most often as by our listeners as Technical or Progressive Deathcore. We’ve also quite often been called Jazz-core, Derp-core, Potato-core and Apple-core.

Honestly, there have been numerous lineup changes, so I’ll just lay down some of the basics. Originally we were five 15-16 year olds who enjoyed playing music together. Unfortunately, stuff happens, and for various reasons, half of our members are now different from the start. Now, we’re five 17-18 year old guys, all with various musical background or education, currently recording our debut album.

3. Why the name Truth Behold what is the truth about having a name such as this?

Back when we were 15 or 16, our drummer’s girlfriend made the name Truth Behold up, and we thought it sounded cool, so we decided to keep it. It’s quite a lame reason for a band name, but it’s the truth! I guess we would also like to think that we behold the truth, so it makes a fitting name for us.

4. What is your music background?

Each member of the band has been trained individually in a variety of styles of music with multiple instruments. Three of us are currently studying in college level jazz; Cairn in guitar, Jay in drums, and Charles in electric and upright bass. Anthony (guitar) was previously trained in classical piano, Victor (vocals) was trained in jazz upright bass, and Cairn in classical violin. Each of us having a background in music theory allows us to work with and play the songs that we do!

Our songs have a wide variety of theme and subjects: misplaced faith, corruption, climate changes, but a subject that stands out a bit more on the album is the power of self-esteem. Subjects like the fear of failure, the choices we make in life, and the time we spend hesitating are all part of the more philosophical aspect of the album which takes a big part of the lyrics. We use ideas like rebirth (not to be confused with reincarnation) and looking upon one’s past and future for guidance to try and demonstrate these themes as well as we could. We hope that our listeners can take something out of each of our songs in terms of meaning.

Yes we do. Musically, Cairn starts by getting song ideas in his head and writing them on Guitar Pro on the computer. He will then send it to Jay, where he’ll add his own flavour and write his own fills and stuff. Following that, it is sent to Charles who adds his own ideas and teams up with Cairn to write cool majestic bass fills. This is essentially how the writing process goes down.

We take influence from many places. Genre-wise, the biggest one would probably be the band Veil of Maya. They were definitely the ones that got us into the genre and style of music. Jazz and pop are a few genres less similar to ours that we take influence from. Jay’s jazz drumming knowledge is present in the rhythms he plays. Chord progressions from pop help to make parts of our songs catchy. Victor’s vocal influences come from Vincent Bennett and Phil Bozeman for his vocal tone, and Keith Buckley as a lyrical influence. Our influences expand with time as we discover new music and continue educating ourselves musically.

We are actually in the process of recording our first CD currently! One track of it has been released to the internet, and it is called Omitted Omniscience. Search it up and enjoy (hopefully)!

9. What type of recording process did you use? Who produced your recording?)

Cairn produces the instrumentals. He records the guitars, Charles records the bass, and Jay sends over midi drums. Cairn then does the mixing, and sends it over to Jay. Jay’s is where Victor records vocals. Jay applies his mixing skills to the vocals to make them fit in, and then masters the songs. Expect drastic mix improvements in our current music as opposed to our debut single, considering Cairn and Jay’s experience and skills are ever-improving with the long hours of effort applied.

Our music is currently not for sale, but downloadable for free instead on our bandcamp page, where you can download our debut single Omitted Omniscience (http://truthbehold.bandcamp.com)! When our debut CD is released, we are planning to sell it on iTunes at least. Keep an eye out!

11. Tell me what is the music scene like in Montreal, Canada, any band recommendations?

The music scene in Montreal, Canada is one of the biggest music scenes in North America. Every genre of music is included in festivals and different shows. For example, annually, there is the jazz festival (jazz), Heavy MTL (metal), and many more! Also, McGill University has an outstanding world-renowned music program, and hosts concerts weekly. Regarding our local metal scene in particular, it is also quite large. Montreal often has some of the most packed shows, and there are many talented bands emerging from here. For example, the band which now broke up, Despised Icon, used to be fairly big. On their last two shows in Montreal, the venue was competely filled up and mosh pits had people crammed into each other. The music scene is taken very seriously here and will most likely continue to emerge.

12. How do you describe your music to people?

We could probably call our music strong, catchy, aggressive, or a bunch of other things, but our opinions regarding the strong points of our music vary among each of us and anyone else listening. To be completely honest, we play music that we like, and that sounds good to our ears. Jay likes to analyze the harmonic design of a part in order to make a singing melody, whereas Cairn doesn’t really think of theoretical rules when coming up with riffs or leads, using his ears as a guideline. This goes to show how everyone has a different perspective on the music. We can’t give a definite answer, as a band, on how to describe our music because we each hear and think of it differently. This is really an opinionated question to answer that varies from person to person, and there isn’t a definite answer.

We hope it doesn’t convey a certain image, but instead that each and every listener shapes their own image, and that the music we create means something different from one person to another. Dancing music to one, yoga music to another and an anthem to someone else possibly, the image is up to your imagination.

Our advice to fellow bands would be to be organized. Organization is key when trying to make it. If you can’t stay organized yourself, you’re either going to lose out, whether on opportunities, wasting time, or financially, or you’re going to have to hire someone to do the work you can’t do yourself. Obviously there are other important aspects to being a band, for example motivation and such. We could be trying to sound like heros and tell you that there’s always hope, but that’s pretty obvious. Things like motivation aren’t advice we can give you. Either you’re motivated or you aren’t. Preparation and organization are things that a variety of people don’t have, and it hinders one’s ability to progress. Being prepared and organized will reduce your stress, will make you easier to work with, and facilitate everything.

15. What inspires you to do what you do?

Mainly our fans and the feeling of playing our music inspire us. The listeners inspire us to push further with their great comments, the constructive criticism they give us, and their enjoyment of our peculiar sound. They’ve been great, right from the start, in keeping us motivated. The feeling of enjoyment from the music we project to our audience is exquisite. It just feels so good to play your heart out to people and tell them a story through your instrument. Nothing beats that.

16. Do you want to add or say anything else?

Ya! Just a huuuuge thank you to Natalie for giving us this opportunity to work with her!
And keep an ear out for us! More studio updates coming soon, as well as our album that should be dropping in late October! Wish everyone the best, and have a nice cheesecake! 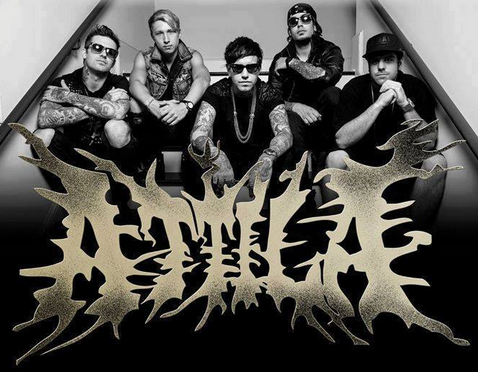 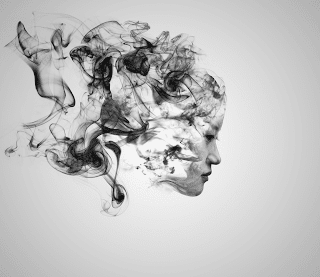 DiipSilence Talks About Exploring Music and All It Offers! 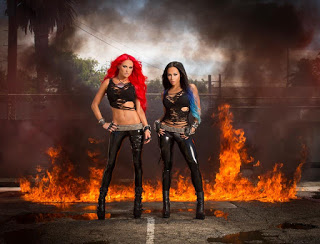 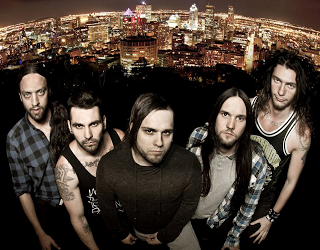