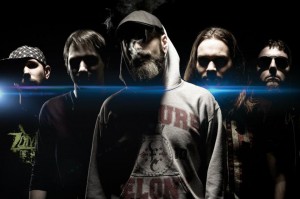 Widow Sunday has got an all new EP “Dance Metal” out so their lead guitarist and programmer Sean Duffy talked to me about it, who inspires the band, their history, and just what more they got coming up next.
1. So tell me about your band where does a name like Widow Sunday come from and what does it symbolize?

Sean: It is a completely random story. Our former guitarist Adam Cutler was on Hotmail one day and a pop up appeared with a news story with a picture of a woman with a horn growing out of her head. Widow Sunday was the nickname of Madame Dimanche, a 19th century Parisian woman who grew an 8-inch bone horn from the center of her forehead in her late 70’s. A wax cast of the abnormality can be found in the Mutter Medical Museum. It really doesn’t symbolize much, we just thought it was neat.

2. Can you give me a brief summary on how the band got together?

Sean: The band formed in 2007 after the breakup of some of the members old band Hollow Image. Jacob, our lead vocalist, then joined up in 2008 and I joined in 2009. Since then the line-up has been pretty solid. Just recently we added our new guitarist Kyle Jarvenpaa who has been a great asset to the band thus far and we look forward to the future of Widow Sunday with him.

Sean: We like to just call ourselves metal. We joke around and call ourselves Dance Metal because of the industrial/electronic elements that we have mixed into our sound.

4. Tell me about working with Hails and Horns Magazine what was it you two had going on a contest or something?

Sean: We appreciate that Hails and Horns Magazine let us do the VJ spot and we had a blast doing so! They had heard our song “The Wave” off of our new EP Dance Metal and asked us to do it.

5. Your album In These Rusted Veins how does it differ to the new EP Dance Metal?

Sean: In These Rusted Veins has more of a “mix tape” vibe to it. We are trying to solidify our sound a little more instead of genre hopping as much as we do. We all have a varied background when it comes to musical taste and you can definitely see the reflection in the music. Dance Metal definitely has a lot more electronic elements added to it, while still keeping the guitar riffs heavy. It is a good in between album to reflect what we are working on for our next full length.

6. Why did you want to go with calling the EP Dance Metal?

Sean: As I said earlier, we have had an inside joke of calling ourselves dance metal. It’s a reflection of the over-gentrification of metal these days. It seems there is a genre for literally everything. So hey, we might as well just call it dance metal. We’re always telling people to break faces and shake booties and have a good time. We’re all about having fun and we’re not going to try and be super tough about it.

Sean: Personally, my musical influences are from MANY different genre’s. When it comes to metal my top influences are Meshuggah, Fear Factory, Bury Your Dead, In Flames, and Slayer. I enjoy listening to movie scores from Hans Zimmer and Danny Elfman. The electronic side I get a lot of my influence from deadmau5, Aphex Twin, Flux Pavilion, and The Chemical Brothers.

8. Who writes the songs, what are they about?

Sean: Musically it is a collaborative effort. We all dissect the songs until they are what we think “perfect”. The lyrics all come from our vocalist Jacob. Mostly he writes about relationships and how we’re doomed as a society.

9. How did you get signed with RatPak Records?

Sean: We got approached by Joe from Rat Pak Records around 2009 after he had been working with our guitarist Adam on some art. Since then they have been helping us out greatly. They are a great team of people!

Sean: The fans, the brotherhood, and being on that stage. If what we write makes a difference in someone’s life, that means the world to me. The brotherhood between the bands and friends that we are constantly around is also a great feeling. It’s like a family. And just being up there on stage playing, and doing what I love.

Sean: Pretty much just everything on this list. Don’t be disrespectful. We’re all here to have a good time. No need to be a “rock star” about it.

12. How does music affect you and the world around you?

Sean: Music runs my life. There isn’t a moment that goes by that I am not thinking about some riff idea or what I’m going to listen to next. It is a powerful thing, and it keeps order in my life. Without it, I’d probably be insane.

Sean: Make sure to go check out our new EP Dance Metal. Come check us out at a show and hang out! We’re always looking forward to seeing new faces. 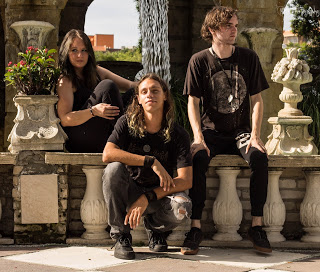 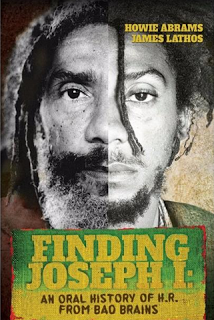 Lesser Gods to Release FINDING JOSEPH I: An Oral History of H.R. from Bad Brains 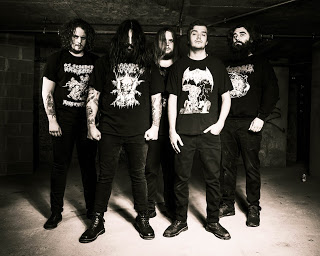