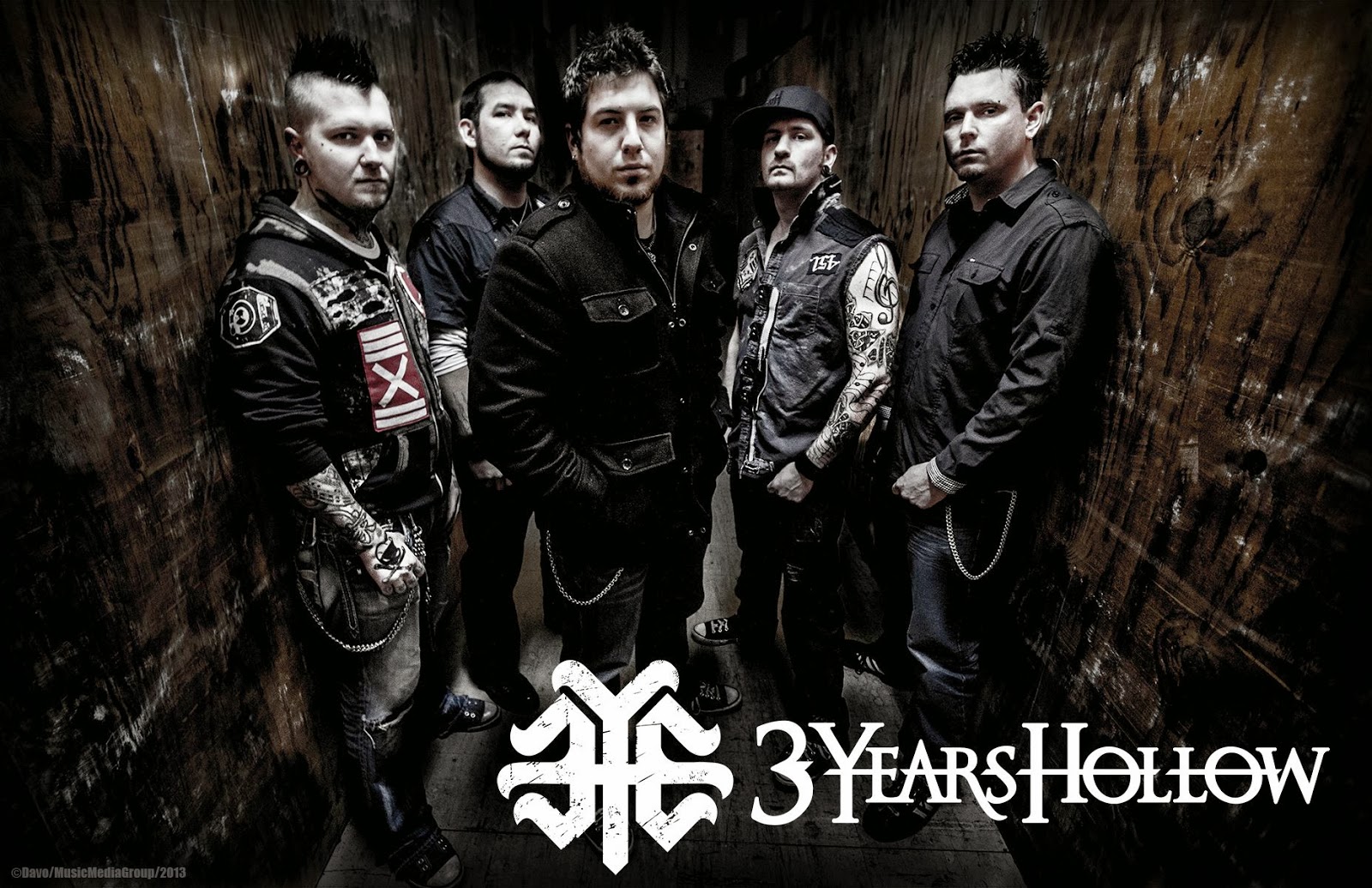 Hard rock metal act 3 Years Hollow have released their latest album “The Cracks” and are touring about getting the word out about themselves and this release. Frontman vocalist Jose Urquiza discusses this release and the band’s current tour trek.

2. How did you guys come up with your band name?

Jose: We had originally been Hollow, but when label talks started, we found out we had to change our name.  I heard the band CAVO was originally Hollow as well before they were forced to change.  We had been Hollow for 3 years, so we became 3 Years Hollow.

3. What lyrical theme do you guys use in your music? What message do you want to send?

Jose: I’ve found that when we’re writing music the general message I find myself sending is one of hope, perseverance, not letting bad things that happen to you affect your dreams and goals.  I’ve taken a lot of that just from my life experiences and myself having to do all of those things to get to where I am now.

4. What bands have influenced your band and its sound?

Jose: I’ve been influenced by many different genres of music.  Growing up it was stuff like Michael Jackson and Boys II Men, slowly changing over to rap like Bone Thugs -n- Harmony.  Then I discovered hard rock when my friend gave me Sevendust’s first album.  I was completely transported into this new world of heavy riffs, these crazy drum beats, and Lajon’s voice would end up becoming one of my greatest influences.  Bands like Tool, Incubus, System of a Down, Sevendust, Breaking Benjamin, Creed, Chevelle, and Disturbed really influenced me as I started off writing for our debut record Ascension in 2008.  Lately I’m listening to everything but I still love listening to my favorite bands that inspired me to do this.  The other guys influences are a vast range of things from 80’s hair metal, pop punk, to progressive bands like Dream Theater, Porcupine Tree, and Rush.  Definitely a very very wide variety of music inspiration.

5. What made you guys decide to form a band?

Jose: It was basically from our love of music.  The other guys have been playing for most their lives and I’ve been singing since I was little.  We somehow all found our way to this band and we all had common goals and determination.

6. What is your opinion on sites posting your guys material and other bands material?

Jose: I’m not positive on what sites you’re referring to.  For sites promoting us and doing interviews, reviews, we couldn’t be more grateful.  Anyone that helps us or supports our dream is definitely appreciated by all of us.

7. How do you guys feel about the classifications in metal? like deathcore, metalcore and other subgenres and how some get a negative rep.

Jose: To be honest I don’t follow the genre thing too closely.  Most of the last 10 years I’ve spent writing music and focusing on anything we could do to be successful.  I wanted to keep our fans happy so we tried to focus on that.

8. What is your opinion on the current state of metal?

Jose: Same as above, I’ve been so focused on this band I’ve sort of been closed off from the outside world.

9. What’s your take on The Cracks as a whole?

Jose: I’m definitely very proud of the record.  The album itself is a dream come true for us.  We worked hard, brought on someone to manage us and they really steered us in the right direction.  The Cracks is about 3 years in the making and it’s very amazing to finally let the rest of the world and our dedicated fans hear it.  Hopefully they enjoyed the journey to this point and want to stay on the ride.

10. What’s your favorite song on the album right now?

Jose: Right now I’m liking The Devil’s Slave.  It rotates for me.   They’ve all been my favorite as some point haha.

11. You are about to start a tour with Saving Abel. If you could think of one thing you would like to accomplish the most through that tour what would that be?!

Jose: We want to go out and share our music with the fans.  We’ve been working so long on the music and we finally get a chance to take it out on the road to everyone that has been supporting us.  Supporting the record is most important and we want to do everything we can to keep the dream alive.

12. What have you done to prepare yourselves for the tour?

Jose: We started rehearsals shortly before the tour took off.  We just got done with a 11 day break where we rehearsed most of the new songs from the record and now we’ll be playing those live for everyone.

13. What are you looking forward to about working with Saving Abel on this tour?

Jose: We love the guys in Saving Abel.  This is our 2nd national tour with them and they really helped us out when we were getting started with our touring.  Love talking with them and hearing the stories.  It’s definitely an inspiration.

14. Is there any song that when you play it live on stage makes your adrenaline levels kick in and make you want to go hyper?

Jose: Haha, Remember actually does that for me.  It just has a certain groove to it and makes you want to move a little more.

15. When it comes to performing each and every night does the time stand still or does it fly by when performing? 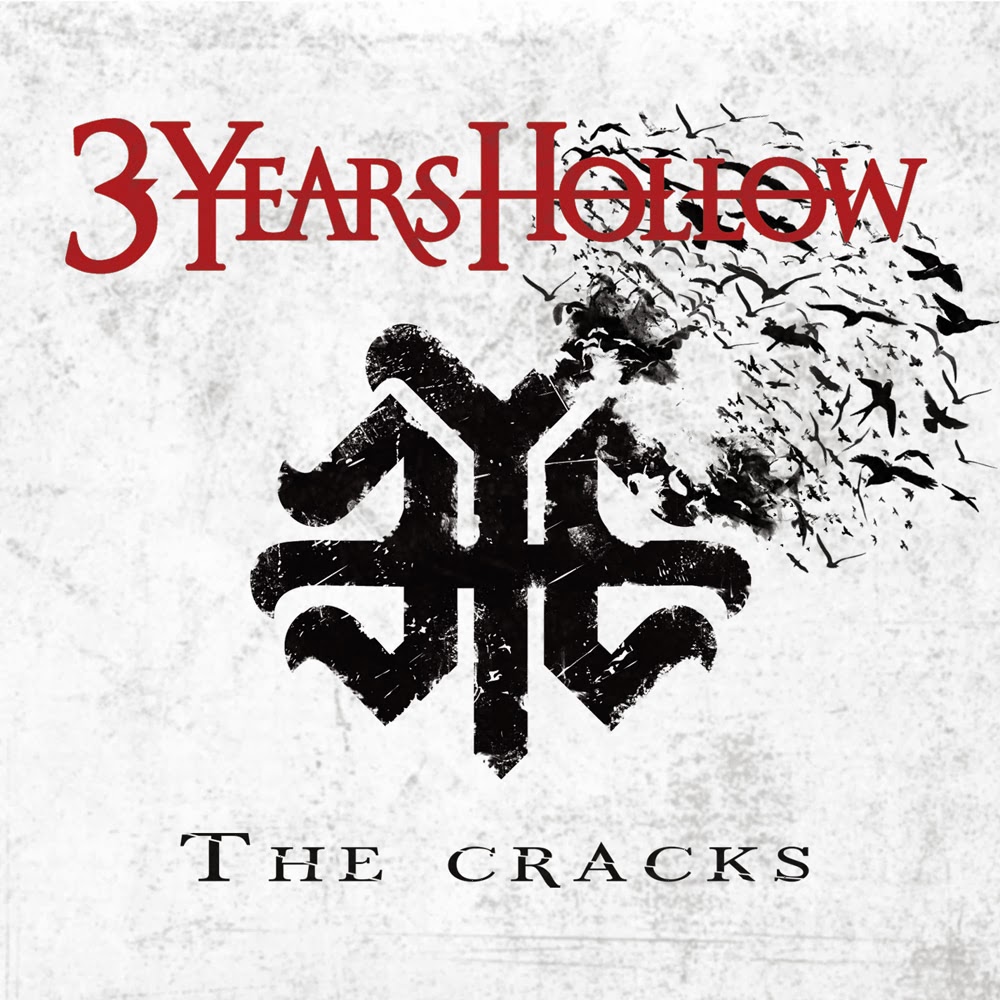 Jose: It usually flies by.  There are some times where we’re announcing the last song and I’m looking around like, have we really been up here that long?  It’s definitely a strange feeling.

16. Once the tour in the U.S. is over what do you have planned afterwards?

Jose: As of now, not yet.  I know Anthony at The Agency Group is busy looking for touring opportunities for us. We know we have to go out there and prove ourselves and earn it and we’re excited to find out where we’ll be heading!

17. How easy is it to keep the motivation going on a daily basis for 3 Years Hollow?

Jose: It’s pretty easy with the group of guys we have.  We’ve all been friends for several years and we really like to work hard and also keep things fun.  We all have an interesting sense of humor so things are pretty hilarious most of the time.

18. Anything else you want to add for your fans?

Jose: We’re coming!!!!  I promise we are. We’re going to play every single city we can until anyone that has supported us over the last 10 years sees a show or 10 shows. We love you guys and can’t wait to hear what you think of the new record.