Apple’s Right, The Government’s Wrong and it Should all be a Moot Point Anyway

Most had never heard of an encrypted cellphone until the San Bernardino shooting, or, until the phenomenon was connected to other terror groups, terror plots using the civilian device encryptions to evade capture, circumvent disclosure of information on their organization, activities. Average American mobile tech users still trying to come to terms with, get their head around having to buy malware, spyware, virus protection for their smartphone, those unfortunate consumers to fall victim to hacking, spam or other malicious software flabbergasted they have to have their phone’s operating system restored, forget the cost, so they may not understand the battle raging between Apple and the United States government regarding the shooter’s cellphone and the allegedly encrypted data there. At the same time knowledge of such attacks, as described above, applied to smartphones versus computers, tablets coupled with how much data people keep on their phones from all their important call numbers to banking info, to very personal pictures, conversations; we know the saying, their life is on that phone, usually uttered when they’ve left it in a cab, on the greyhound bus to grandmas, easily explains why someone might want to encrypt their cellphone, why Apple, other major smartphone developers created the encryption in the first place. Cyber threats and cyber thieves ever evolving to new technologies, crafting new viruses, spam, new hacking techniques, new dangers to unleash on the unsuspecting public to extort money, many times for the thrill of proving only that they could, sometimes for faux altruism, blatant disregard for the law cloaked in the guise of showing top leaders, government officials how vulnerable key systems are water, sewage, power, city, national communications; each controlled in some aspect by a computer, by software capable of being hacked, altered via an individual, group knowledgeable enough in coding, encryption. Latest cyber threats effecting the average person are apps which could be spying on you, so called ransom-ware attacking places like hospitals for their records, small municipal police departments ordering entities to dole out large sums of money to cyber playground bullies stealing the 21st century version of lunch money or lose people’s extremely sensitive data; lone recourse at the present time, to pay up in order to protect people the singular way they can once alerted to the problem, meaning its already too late. This on top of  the continuous barrage of hacking stories on the news where nefarious groups, individuals have obtained social security numbers they plan to sell overseas, profound weaknesses in point of sale (POS) machines, those things we’ve forever been swiping our credit, debit and store membership cards across and entering PIN numbers thinking we were reasonably safe, effecting major retailers like Home Depot and Target, a new one added to the list seemingly every week. Leading us to exactly why Apple says no to hacking the San Bernardino shooters’ phone, going as far as defying a court order mandating they comply with FBI, CIA requests; because, to do so is not about hacking a singular phone connected to terrorism, possible terrorism, violent crime, rape, murder, domestic violence, all types of cases cited by federal and local law enforcement pointing to their desperate need for Apple’s help in extracting whatever may be on said phones. Doing it means, not hacking in the standard and traditional sense, using a decryption algorithm or similar formula to ultimately determine the password, pass, access code to Syed Farook’s individual phone, rather introducing a type of master key that could potentially unlock all phones at the request of governments both foreign and domestic, devising a back door allowing, for example, law enforcement access essentially without the customers knowledge, in the foreseeable future without a warrant, no answer for what happens when a rouge agent, bad cop or former decryption specialist gone off the rails begins hacking into random phones, people suspected of crimes but never proven under the confines of the law, mistakes an ordinary citizen and their phone for someone involved in serious illegal activity; things that are no longer the sole product of conspiracy, spy novelists, movie executives a-la the Borne trilogy chronicling the hellish adventures of one Jason Borne. Bowing to the government in this instance is more than just a polarizing, politicized press gimmick move to drum up attention, future sales for Apple, where Donald Trump can win points calling for a boycott and chastising the tech giant at rallies, on the national debate stage until he shames them into giving up the information, aiding our law enforcement agencies in getting the contents based on the moral arguments he, government officials want us laser focused on, discarding broader issues. There are real privacy concerns to be had beyond protecting the civil liberties of domestic terrorists, murderers and child abusers, but everyone else as well; civil liberties we won’t be able to get back easily once given up. It was founding father Benjamin Franklin who said, “Those who would give up essential Liberty, to purchase a little temporary Safety, deserve neither Liberty nor Safety,” wise words, like Shakespeare before him, well to be heeded 200 plus years later. 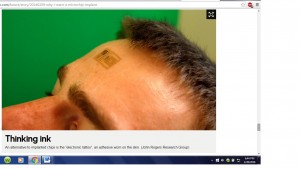 Keeping with the present, Apple’s standoff encompassing code protected cellphone contents, today it’s the FBI, CIA, Department of Homeland security who want a phone maker’s help in cracking a phone code belonging to a terrorist ignorantly clinging to the ‘it’s only one phone’ concept in order not to have to face their numerous mistakes, hopefully win public support, cover their ineptitude. Tomorrow it’s your car insurance company who wants to prove you were texting during your most recent accident, the phone simply being on proof enough you were at fault; never mind if it was active, performing a task beyond passively taking a voicemail message (no user interaction required) or sitting in your passenger seat completely idle draining the battery. Today it’s law enforcement who wants access to your phone if you are suspected, somehow tangled up in a crime; tomorrow it’s your life insurance policy holder denying you coverage, raising your rates not just from the risky, extreme sports pictures you put on Instagram from your latest gopro adventure, but sneaking into your smartphone to use pictures there as evidence you are a high risk insurance candidate. Your health insurance provider is using your phone coupled with social media postings and that delicious desert, burger or restaurant review to hike your rates, send you pamphlets and other lecture materials on healthy eating and positive lifestyle choices so you can live to be 100. Today law enforcement want access to better arrest, convict violent criminals; tomorrow pictures literally taken out of context will cause divorce, separation and alimony proceedings to go on your partners favor, child custody disputes to bar loving, acceptable, yet imperfect parents from their kids, because we don’t know how to interpret pictures in front of us as it is. Think the Steubenville rape case and the photo of the girl ‘being carried, dragged around’ by 4 people solidifying the teens’ guilt in the court of public independent the girl in the photo, not even clearly identified as the victim, was fully clothed, didn’t appear to be redressed after an assault or consensual encounter either one and the angle of the photo prevents seeing the girl’s face completely to ascertain if her eyes are open, closed, she looks happy, sad, laughing, dazed, aware, unconscious, and the media was skewered for creating a sob story for the young men based on football scholarships and bright futures ruined by the case when they laid out the defense strategy, pieces of the defense’s argument. Such covert intrusive tactics the essence of not necessary since dumb criminals, people who feel they are doing nothing wrong, even if they are, in the era of generation over share, sharenting a new facet of parenting, kids today having 1,000 internet images posted of them by their 5th birthdays, possessing an internet presence  already before age 2, won’t hesitate to put their lives online for the world to see; remember Demecio Powell’s mother put his beating with a belt on unsubstantiated claims he wanted, tried to join a gang, was failing school on Facebook daring fellow users, video watchers to report her to DFS, which they did promptly getting her and her video cohorts arrested. The daughter whose derogatory Facebook comments about her home life and a family friend that lead to her father shooting her laptop videotaped said shooting and it was posted on YouTube, cursory DFS visit seen as an annoyance; the mother of one of the teens charged with a felony in relation to a classmate’s suicide found herself on the wrong side of law enforcement when a video surfaced of her spanking another of her children with the rest looking on. Daughter of a now former family court judge who turned off the lights in his home and proceeded to spank his 16 year old with his belt for illegally downloading something or refusal to get off the internet, transgression unclear; her cathartic video posting quickly getting him unelected to that bench. And those are just the ones involving spanking not hot-saucing, parents, babysitters abusing kids, using drugs in front of them, several of toddlers being given hits from a bong; the latest mass shooter one classified unstable Cedric Ford giving some indication to his intentions prior to his workplace rampage via a Facebook posting of him shooting an AK47.  Moral of the story, want to catch a criminal, a child abuser check their social media pages. Yet government wanted access to your locked phone remains a an inevitable, coming reality; agencies will demand greater access to your data in the name of crime solving or crime prevention, especially if Apple should lose its court battle to uphold the privacy of everyone while trying to catch the degenerate few.

Christian Teachers Give An Egregious Screw You to Christmas?