Attention Artists, Recording Artists Associations and Copyright Enforcers All: Why People Use YouTube Like a Radio, Why You Should Let Them and Other 21st Century Technology Realities 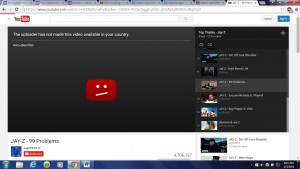 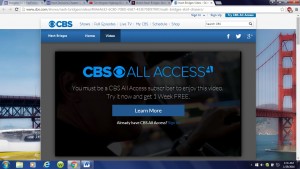 As it is we’re inundated with the newest thing by websites, TV networks, content providers and technology makers destined to drive us crazy, please disable ad blocker, to view this video you must disable your ad blocker and refresh the page, on CBS news’ own site no less; like they are hurting for money. Positively criminal taking into account they are a news site and watching full episodes other than on your TV requires you have a cable provider and an online account with them to unlock access; hints why the plight of individually owned DVR is important. Turn off my ad blocker, so I can what, list-en to s-oommee twit-chy ad se-ll-ing car in-sur-ance buff-err-ing every other syllable to where, even if I was interested, I couldn’t understand what you were advertising; because, idiot internet providers and advertisers both are in denial about how many people still use low speed DSL, they continue to jack the price up on people to access the internet?  Users who don’t need your ad to be video, HD at that, to tell them they won’t be buying Finish dishwasher soap for the dishwasher they don’t have and thus don’t need, the car insurance, motorcycle, boat, home insurance from Allstate, Progressive whoever that they don’t need because they own exactly none of the insurable items, ads for TV programs on channels their cable package doesn’t get that can’t master something as simple as a pause button so they can stem the strain on their machine. Nor will it make any user, ad blocker enthusiast or no, buy the brand of toilet paper, toilet cleaner or PC virus protection they already have all I need of, found a preferred brand that serves their purposes. Yet you wonder why people turn to YouTube for interesting segment clips. Or, your ad blocker is turned on. We rely on advertising to pay for our Australian writers. Please consider whitelisting us. Thanks for your support. And thank you for letting me know I was reading something from a foreign country; to match your snobbery I’ll forgo your article on, I can’t even remember what, for an American version and divest myself of at least a percentage of hassle. A personal favorite is the pictured one below from Vodlocker talking about ad blocker killing free internet; except internet hasn’t been free in America for about a decade since lesser big name land line phone companies Verizon and such split off into the mobile phone and internet market exclusively. Wholly ignoring why people carry on a love affair with their ad blocker in the first place, sure there are those who will do anything possible to make annoying ads go away, tired of seeing 3rd world porn and games where you smash the cockroach, answer the riddle, guess the obscure trivia and supposedly win a prize; more though are after practicality worried about frying their laptops, tired bandwidth suckage going to ads rather than main content, taking literal extra minutes for pages to load, interfering with video playback. Then when you do engage an ad blocker and see the regularly double digit number of ads stopped from appearing on the page, you aren’t surprised why your laptop fan was running hot, it took so long, or both. Increasingly people find themselves employing ad blockers to avoid spam, viruses and malware embedded in, attached to ads in places that aren’t porn or gaming sites, not that there is something wrong with the latter, they don’t want on their computer, don’t want to have to pay hundreds in repair dollars to remove either to optimize function or regain any at all. And when the desire to see the, can’t find it anywhere else video, cool looking game outweighs, temporarily overrides common sense, below is what you get; a deceptive spam ad pretending to be from Microsoft warning you of a virus, you have to press [ctrl-alt-delete] to get off your screen, restart your browser never returning to that page, exactly why our ad blockers are staying on. Another bone of contention, printed web content, once free, now costing both an account and dollars to access; remember that Wall Street Journal article quoted above, if the details seem a little fuzzy, that’s because when I went back to the link to reread the article, better understand the reference I was using, get my facts straight I was greeted with To Read the Full Story, Subscribe or Sign In. Subscribe here meaning not just provide an e-mail to get copies of a newsletter, alerts about possible stories that interest you or an account under the same conditions; subscribe also meaning pay money, granted the offer was $1 for 3 months. But why should I have to when I read it once, was going back for clarification and planned on providing the link in my story giving them needed exposure and maybe enticing someone who likes what they see and still reads newspapers to pay the desired fee? A poor business model when other entities like CNET don’t restrict their content that way. No offense to Will Wheaton or the Salon.com author, each right in their own way about twisting artists arms to work for free or the ill-defined term exposure, but he was facing a completely different problem than any and all instances here; he wrote something the Huffington Post thought good enough to publish and because few remember him from his Star Trek days, they believed they could get away with treating him like a new artist trading exposure for actual money. Except, the Huffington Post, contrasted to the Australian blog asking people to disable blockers, to pay their contributing writers, is a well-established paper, media group with no shortage of dollars to give waning artists and new budding talent both exposure and compensatory payment. 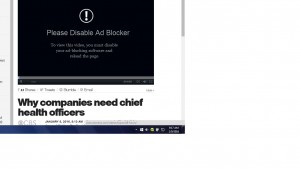 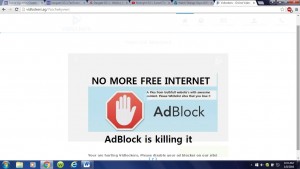 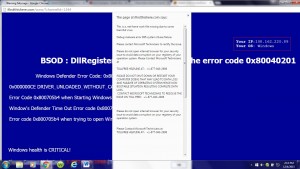 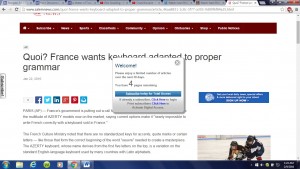 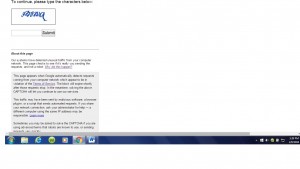 Kentucky County Clerk Judicial Tyranny versus Religious Freedom: She Didn’t Have to Go to Jail and there is no ‘Criminalization of Christianity’

When Video is not enough: What Does It Take to Indict a Potentially Crooked Cop?