Politicians, The Corporate Media And The Right Wing News Entertainment Complex Aren’t The Only Ones ‘Running a Redundant Narrative’ If This Is All We Can Come Up With

Another mass shooting, another article criticizing American response to said shootings, characterization of particularly white mass shooters versus black and brown persons also in the mass shooter category, another equally useless race diatribe contrasting militia standoffs by white people and active shooters who are “other,” who comes out continuously, one called it miraculously, unharmed, chafing against the classification mentally ill for white shooters analyzing journalists believe are something else entirely, misogynists, racists and diseased by a culture of ‘toxic masculinity.’ Arthur Chu waxed repeatedly about both for pages deconstructing Dylan Roof and Eliot Roger; incapable of comprehending there could be a dual diagnosis, if you will, a social one and a mental health designation, resolving all of what we saw in each shooter. Identical journalists, opinion writers balking against the average Joe comparison both juxtaposing someone who is ‘disturbed,’ they like to put that word in quotes, as sarcasm, to make it less believable, communicate their skepticism, and someone who is simultaneously a family man living the American dream winding up to the center target, the heart of the issue’s bulls eye, the idea such shootings are so unpredictable, random treated with the inevitability of  nature’s wrath, storms or an act of god to quote the latest sound off machine telling us via the written word how wrong we are. Forget how many who cross the mass shooter/school shooter barrier, usually applying to older students on college campuses versus middle, junior high, high school, who weren’t old enough to be ‘family men,’ the Oregon shooter who shot his fellow students in part because he couldn’t get a girlfriend, Eliot Roger who went on long winded rants about girls who would have nothing to do with him alongside his obvious delusions leading to violence; the ones who were described as anything but average Adam Lanza who committed a shooting at a school but fits more the mass shooter profile because he wasn’t a student there, had no affiliation with Sandyhook, who had problems from his formative years, Roger again who was in therapy from an early age, the Oregon shooter whose mother says he was on the autism spectrum. Jared Loughner whose current neighbors thought him a possible serial killer, whose childhood neighbors saw signs of family trouble, Oklahoma mall shooter diagnosed with (oppositional defiant disorder) ODD, medicated for it; we’ve heard the diatribes on over medicated kids too, psychotropic drugs and the unknown, unintended psychological consequences yet to be proven beyond speculation. Media certainly not to blame for the mental health experts who have gotten up on talk shows for nearly the last decade and told mourning, shaken, angry, frightened America how difficult it is to profile a mass shooter, how trying, taxing it is to separate disturbed, distraught, agitated people potentially suffering from some form, degree of mental illness who definitively will pick up a gun and do this from those who won’t, independent just how many glaring signs were missed, help that wasn’t given that should have been; people like Dr. Keith Ablow who blamed a combination of violent video games and a fragile mental state for the Navy Yard shooting despite the voices in Aaron Alexis’ head, the fact he called police talking about people following him, keeping him awake by talking to him and sending microwaves through his body. Still we believe the go to ‘counter narrative’ shaming the media for virtually perpetuating the next mass shooting by sticking to a script, failing to ask the tough questions no one will including our leaders, and not calling them out for their unwillingness to do just that, lead; regardless of if that encompasses the truth of the matter or the type of  ‘leadership’ being clamored for will help solve the problem in reducing mass shootings, getting to the bottom of why they happen, crafting better policies be it on guns, mental health, social justice or increasing every Americans wellbeing. So it isn’t surprising someone picked up where he Chu, similar mined people, left off; think the letter written after the Oregon shooting saying we don’t need your payers we need your courage, accusing news media outlets and the public alike of ‘coddling another white killer’ when talking about Jason Brian Dalton, the latest perpetrator with a gun who went on a rampage in Kalamazoo, Michigan Saturday just over a month ago prompting Chauncey Devega’s article the next day. The yawningly familiar too assertion, if only we could get rid of the gun lobby, limit its power, actually hold accountable our elected leaders, get the gun control a majority of Americans agree upon including members of the NRA who are not spokesperson mouthpieces but average citizens who believe in the second amendment, hunting and, an absurdity today, common sense, reasonable gun safety. Mental health all but ignored except to throw out words like toxic masculinity linked for good measure with white privilege contrasted against the other hot button of the 21st century, Muslims and how they couldn’t have done what these multiple white men have done, will keep doing and receive the same soft treatment in the American media, American public. Stopping long enough to call mass shootings a public health crisis (which agreed they are) but stopping short of  naming our ‘public sickness,’ what causes it, how to stop it, besides the clear mantra end racism now, which won’t take the gun from people like this’ hand, remove the inclination to kill. Ultimately adding to the white noise on the subject not cutting through it; congratulations Mr. Devega you embody one more part of the problem and exactly none of the solution. 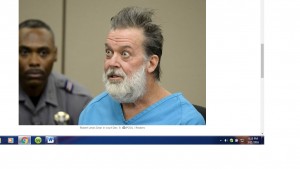 Very latest on Jason Brian Dalton exemplifying the laid out here counter, counter claims to every narrative put forth on mass shooters, how and why they kill, what their rampages say about our culture. Dalton when confronted by police in a traffic stop like fashion, offered no resistance, followed instructions, did not open fire, attempt to shoot, otherwise harm officers proving why he came out unharmed, alive. News casters commenting on dash cam footage calling it a calm arrest, also by the book and uneventful independent what he had done.  Reportedly telling police during interrogation the Uber app controlled his mind and body the moment he opened it, gave him an assignment and literally took over his body, comparing it to both the devil along with artificial intelligence. Judge predictably ordering a mental competency/psychiatric evaluation to ascertain whether or not he is even mentally fit to stand trial, results pending. If Michigan follows the footsteps of other cases like his, should Dalton fail a mental competency test, he will most likely then be evaluated to see if he can be medicated and rendered fit to stand trial as was done to both Jared Loughner and lesser known to the public James Holmes. Mr. Dalton who, talk about running a prewritten, pre-arranged script, though an important one, showed signs of an unstable personality, mental issues before what transpired on that ill-fated  Saturday night; co-workers similar to other classmates and acquaintances who put the ramblings of soon to be killers down to a joke, having a bad day, being intoxicated or high, chalked it up to a bad temper saying he had no conflict resolution skills, would frequently yell at customers and took little things personally. Another person who worked with Dalton at a different job told a Detroit newspaper he had never seen someone act so unprofessionally. A wrong address for an Uber pick up may have been what set him to snap that night as he was late picking up the woman and asked a female present outside the apartment complex if he knew the woman he was to pick up; when she told him no, he opened fire. Following still more common patterns where shooters leave, get themselves fired from stable, middle class jobs trading down to minimum wage, going from a basic job that pays their bills to unemployed or surviving on odd jobs Dalton went from some form of customer service to driving an Uber car with more isolated down time a variation on ones like Dear and Houser who became reclusive, pulled away from family, began living completely off the grid; next anyone hears of them they’re holding a weapon accused of killing serval people, injuring dozens.  Interesting is if it would surprise Devega, his fellow subscribers to the ultra-anti-gun mantra he wholeheartedly supports the ‘average Joe’ ‘family man in pursuit of the American dream, left off is typical father’ who ‘likes guns’ were layman’s descriptions given by neighbors not generated by the media themselves. Ironically the same ‘neighbors’ I have repeatedly called out in my own work for professing their shock, horror, disbelief person X could do this in one breath yet with the next begins describing  either family trouble, odd behaviors or confrontations had with classmates, co-workers, friends, the neighbor across the street, his/her family. Never speculated upon to any degree, the notion these average citizens, neighbors to horrible headline X may not know what they’re talking about, see TV cameras and want to see their face on TV more than they want to be truthfully reflective, introspective about the person they knew on an extremely casual basis; you’re actually talking to the cul-de-sac gossip, which will be reflected in the caliber of information you get. The overwhelmingly repetitive nature of these stories isn’t limited to how much they happen, that they almost always include a gun, recycled over and over vocabulary we can recite by heart or the ‘usual script’ employed by the media to detail what happened- again. It too lies in the factual script, the things all mass shooters have in common different facets of mental health disturbance, different degrees of estrangement from family or lack thereof, increased isolation, reclusiveness, a marked deterioration in function either seen by those around him or chronicled through pieces found out about their past, some sort of dissatisfaction, disgruntlement with society or government, people engaging in activity X.  Unfortunately media aren’t the only ones who never seem to learn; we never do either, these mirroring facts staring us in the face and we’re still consumed with the gun, allow people to fill our heads with gun restriction what if’s on the promise it will stop tragedies of this kind; it won’t. Effectively addressing mental health is the only thing that can; too bad Chauncey Devega couldn’t just level with, be straight with us and say that.

No Gifts Birthday: When Does A Kid Get To be A Kid?

The One Thing Chris Christie Got Right

Why Black Hair Matters—Head Scarves, Turbans And Coverings Too