The One Thing Charles Krauthammer Got Right: Do We Really Have An Epidemic Of Transgender People Being Evil In Bathrooms Across The Country?

Better still does that ‘epidemic’ warrant superseding, supplanting transgender rights to safe public, school restrooms, locker rooms, public gyms, recreational facility bathroom and locker rooms, bathrooms at their place of employment, to protect everyone from what might happen? Most agree, those educated, informed on the subject or who simply believe in letting people be to live their lives, be themselves, it’s bigger than the bathroom. And while nationally people, regardless of if they are transgender, appreciate Mr. Krauthammer, a conservative, interjecting some sanity into what has become a multi-state legislative circus throwing transgender persons ringside through all the wrong kind of spotlight. They very much believe this is a big deal, a real issue, a national issue worthy of consideration and no, it shouldn’t simply be left the way it was; now that the cat is out of the bag, as it were, it’s time to deal with it. Though for the opposite reasons largely republicans, republican governors, lawmakers have blown it completely out of proportion, to keep sickos, freaks, pedophiles away from our wives and daughters; one Christian group going so far as to boycott Target for making their business, their bathrooms and fitting rooms all inclusive, transgender friendly. They believe it isn’t about bathrooms today as it wasn’t about drinking fountains in the 1960’s; it is instead about rights, rights of everyone in a democracy, rights, indeed fundamental human dignity historically denied this group of people thanks to our puritan roots and views. Origins of the nicknamed ‘bathroom bills’ suddenly sweeping across the south  started in select pockets of the country shortly after the Supreme Court legalized gay marriage last summer as language in religious freedom bills allegedly protecting employers from violating their religious principles in order to run their business, providing wedding cakes, florist services and so on to gay couples. The latest round started in North Carolina with their religious freedom bill that extended that religious freedom statute to barring select cities from enacting anti-discrimination ordnances designed to protect the LGBT community, the ‘bathroom’ portion of aforementioned bill forcing people to use the restroom, locker room of their gender assigned at birth, on their birth certificate. While some states like Georgia refused to sign such bills into law, others in the south ran with it, exceeding it by leaps and bounds, including Tennessee proposing a bill that would allow not only Christian counselors to refuse treatment to LGBT patients but Christian doctors to deny unspecified medical services also to LGBT patients. Legislation passed in Mississippi making perfectly legal not providing adoption services to gay couples, allowing religion to impact, influence employer set dress codes to the point some feared it could force women to wear make-up in order to meet gender, femininity norms, but the bathroom restriction, characterized restructuring has absolutely galvanized said local laws into passage. Proponents among them Ted Cruz, Fox News anchors all and nearly every republican governor and lawmaker in the region couch it is keeping girls and women safe. Presidential candidate Cruz fond of repeatedly saying, that a grown man doesn’t belong in the bathroom with a little girl; projecting the fear of rampant, unrestrained sexual assaults, sexual harassment and pedophilia perpetrated against women and children if we allow transgender identifying persons to choose the bathroom, locker room, fitting room that matches their mental, emotional picture of themselves not just the anatomy between their legs is popular among evangelical conservatives, citizens or political office holders. Who never fail to lump transgender individuals in with gay, lesbian and bisexual people, things their religious texts call wrong, an abomination. Though there is more of a medical basis for possible in-utero malfunctions, mistakes or interactions with the mother’s body, like stress, that could be responsible for the transgender outcome of the child than there is medical evidence, science supporting the ‘born gay theory;’ though these children too identify early, at the very least understand early on, many as young as their toddler years, they are different. This and their uphill fight for equality coupled with just what suggested religious freedom bills cover under a thinly veiled disguise of bigotry, what it allows businesses to do to employees, public consumers, not allowed under any other statute, section or segment of the law, owing to it too closely resembling discrimination, has people in effected states and across America not buying it. Stars have already very publically pulled out of concerts and events; Bruce Springsteen refunding ticket prices to would-be concert goers in solidarity with the LGBT community, Ringo Star cancelling a slated June show, Bryan Adams will not go ahead with a planned Mississippi performance,  Demi Lovato and Nick Jonas the most recent entertainers to lend their boycott to the fight. A litany of businesses expressing concerns Levi, Dow, G.E., Google, Hyatt Hotels, American Airlines, Disney, Pepsi to name only a few; Pay Pal announced stoppage on a project in North Carolina that would have created 400 jobs and the NBA, while making no changes this season, plans to move the 2017 all-star game if North Carolina continues to target LGBT individuals, in other words if the law stands.  The NCAA following suit announcing Wednesday tournaments will not be held in states supporting such laws. 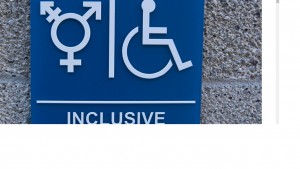 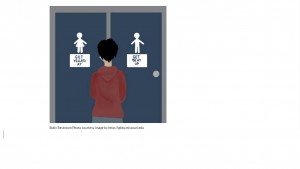 Providing some perspective, Brandon Teena (who was raped and murdered in 1993) inspiration for the movie Boys Don’t Cry is one of the earliest high profile transgender cases and all too indicative of the tragic results of ‘Christian’ supported discrimination, but transgender isn’t even that new. Transgender persons have been living in the closet from the beginning of human kind garnering increased acceptance, tolerance to simply be left alone while living life; Chaz Bono completed his transition 6 years ago, Caitlyn Jenner’s very public transition is a year old, Jazz arguably the face of transgender youth is now 15 and been out since the age of 5. Further not everyone is getting it wrong and not exclusively in open minded, progressive, metropolitan, high population, urban areas; a judge ruled a transgender Virginia student’s lawsuit against his school over a ‘bathroom’ policy could continue noting the previous judge ignored title IX provisions entitling every student to an education and accommodations to make that possible. A trans high school girl was accepted onto her cheerleading squad and given a choice which uniform to wear, choosing the male uniform out of respect for her mother and time needed for adjustment, another won the right to be considered for prom king and is fighting to use the men’s room at his high school. Invoking perspective once more, a cornerstone of professing Christians is witnessing, trying to bring people into the faith hypocritically they are supposed to be witnessing, trying to bring these ‘wayward’ LGBT people into the kingdom, and no witnessing doesn’t mean singing church bus songs about who’s going to hell the way the secular crowd might sing 99 bottles of beer, holding signs up outside court buildings that say Adam and Eve not Adam and Steve spitting on them as they go out, come in, standing on the outskirts of a funeral with a sign that says god hates America/ underneath it says god hates gays. Doesn’t include doubling down on factually inevident hysteria to ‘prove’ your point, demonstrate your religious devotion, purity, tossing aside children because they like X type of clothes; although nowhere in my bible do I remember reading commandments about not wearing pants, make-up, dancing, cutting your hair if you were female. Plus only in their twisted ideology does wearing jeans, t-shirts, sneakers and short hair make you a lesbian, do those clothing and style choices constitute either homosexuality, sexual immorality, i.e. fornication, adultery or bestiality, especially when applied to an 8-year-old. To the protesting citizen, below the opening paragraph, proclaiming what about Christian protections, Christians need protections; no, Christians in America don’t need protection from their non-sense idea of persecution. Christians in America need to get acquainted with any actual persecution permeating the planet; barring that read their bibles and absorb what people like the apostle Paul went through for their faith, for spreading that faith. Ironic Ted Cruz spent his days leading up to his campaign, announcing his candidacy calling our attention to Christian, faith based persecution around the globe to then in the heat of primary season spout on and on about men who don’t belong in bathrooms with little girls—as if that was ever what we were really talking about. No, the Christians in the middle east need protection from persecution, the people in north Africa need protection from persecution, those Coptic Christians marched onto a beach, beheaded by ISIS on video and the thousands to millions like them in hostile places around the world need protection, in communist China, North Korea knowing identifying as Christian will lead to a prison sentence, reading. possessing a bible will likely get you beaten, questioned by police, thrown in jail, the Indonesian girls literally beheaded for professing Christ this is true persecution; here we fight about bathrooms. Here is the purported wussification of America we need to be worried about promptly ignored by the family values trumpeters except when they want to shove every girl into a dress then tell her wearing make-up is a sin, on one hand badger about femininity then accuse her of being a slut for her outfit. The same family values screamers who want to tell a man how to be macho, whose foreign policies literally think the only kind of national strength worth mentioning is in military might and who we can go to war with this week then blame the rapists, perverts, seral killers on bad parents who didn’t spank their children not the mixed messages, not the body phobic nature of non-conversations about sex, sexual desire and puberty. Instead of fixing this, delving for concrete interpretations of what the bible says for Christians genuinely wanting to do the right thing, we go ape guano over bathrooms wondering why the world is so messed up. Have to love the signage at a counter protest against LGBT discrimination, at least in terms of who uses what bathroom. Please Don’t Use My God’s Name To Justify Your Discrimination.

Banning Bossy: Talk About The Wussification Of America

The Real “Problem With Schools”