Microchips Are For Fido Not For You; It’s Not Hip, Cool, Cutting Edge Science And Is In Fact Dangerous—Fundamentalist Religious Connotations Aside

Maybe an interesting way to keep track of socks, locate lost possessions, car keys, tools, go into so called wearable technology but not in you, and certainly not for want of never losing your keys, finding a place to put your wallet/credit card, room key at the beach, medical records available at a swipe, thrill you get at doors opening by the wave of your hand. 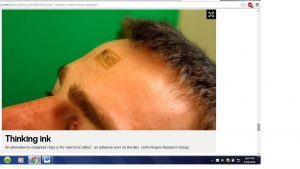