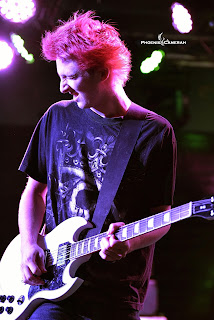 Energetic punk rockers WASTING TIME have their debut album, 3 EP releases and a couple of single’s too! With that said, an all new single is expected later on, with the band hoping to play very soon as well. The band goes into further detail about their style and array of content.

Lead vocalist/guitarist, Mad Vlad started the band in the late 2000’s with a different lineup, which disbanded in 2009. Vlad ended up taking a break from music until early 2017 with a batch of new songs and new members: Mike on bass, Mark on lead guitar and Mikey on drums.

2. What’s the origin of the band’s name?

Vlad’s Family Studies teacher in elementary school told him that he didn’t stop being disruptive and wasting everyone else’s time in class, he’d amount to nothing and end up working at McDonald’s. It amused Vlad, and he never forgot it!

3. Where is the band based out of and what is your music scene like there? Are there any local bands you could recommend?

The band is based in Toronto, Canada. Our music scene is vast, with many bands/artists of many different genres and a few great venues in town to play in. We’d recommend Hangtime, Sixteen Scandals, Doghouse Rose, No Big Deal, Black Cat Attack and The Mendozaz.

4. How would you describe your style?

Energetic and melodic punk rock with a dash of oldies influences.

5. What have you released so far and what can someone expect from your works?

We have released our first album, “Tales From The Morgue”, 3 EP’s, and 2 recent singles: “Only You” and “Sick Inside”.

6. Do you have any new music in the works?

We’ll be releasing a new single, “My Limited French” on July 24th followed by a second album out in the fall from recording sessions with Steve Rizun who has previously worked with The Flatliners, The Creepshow, The Anti-Queens and many other great bands.

7. How about playing shows and touring, have anything planned out? 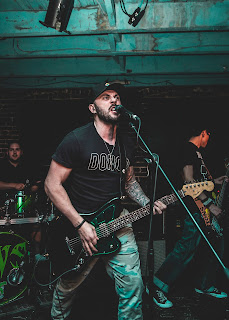 We will whenever we’re allowed to and hopefully soon!

8. What plans do you have for the future as a band?

Release our second album later in the year and play live as much as we can when permitted to do so.

All major streaming sources such as Spotify, iTunes, Bandcamp, etc. We do not have a merch page yet, but people can directly message us on our Instagram account (@wastingtimemusic) to purchase our vinyl, CDs and shirts.

10. What is it you’d like a listener to remember the most when hearing your music for the first time?

We hope they remember our melodies and lyrics, since we strive to write words that aren’t cheesy.