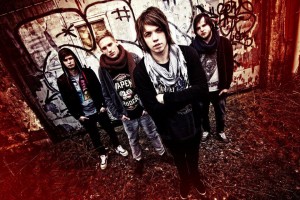 Swedish hardcore/metalband Cedron is a typical hardcore act but with the music they’re pushing there is no stopping them. The band goes on to discuss with me their musical style, history, and upcoming plans for the rest of this year.
1. So tell me why the name Cedron?

We needed a short and easy name for our band that wasn’t to hard to pronounce. We don’t really know what Cedron means, but I think it works out fine. Hehe.

I think we are kind of the typical hardcore band. We are four best friends that love doing everything the D.I.Y way, we love traveling and just to hang out. Basically just four dudes doing what we love the most in this world.

We are from a small-town in northen Sweden. It’s kind of ‘everybody knows everyone’ here, and so one day we ran into each other. We were all playing music in some ways, and when we had our first jam session together it just clicked. Ever since that day we have tried to find our personal sound. We all enjoyed Metal and Hardcore, so it took us a while until we found what we wanted to sound like.

4. Tell me about your EP “Watching The Sun Turn Pitch Black” where does the title come from and is this a concept release?

WATCHING THE SUN TURN PITCH BLACK, revolves around the theme of consumption, decay and ignorance. In our six songs we wanted to let the listener through childhood friendship, romantic uncertainty and political aggression, all whilst playing metal riffs in the vein of Bring Me The Horizon with the intensity from Refused.

5. What is your music background?

We have all been in other musicband/projects earlier before CEDRON. They wasn’t that serious though. All of us have a genuine passion for music in general aswell.

6. What are your songs about? (What specific themes do they cover?)

The concept for our music has mainly been “To see something go very wrong, and not doing anything about it”. When I write the lyrics I have to do it about stuff that really matters to me at the moment. It’s often about growing up in the Swedish working class and living in this small-town called Söderhamn. Big cut-downs have bought us to our knees and it makes people feel hopeless and empty. There’s not just bad things I write about, but I have to admit that the last songs have been kind of depressing.

7. Do you write your own songs? (Discuss the songwriting process in detail.)

Yep, we write our own songs. Normally our guitarist Dennis create the music, then the others makes their opinion on it and we all put our feeling into it. After that I write the lyrics. I often have the concept for the song done before putting it in words.

8. Who are your musical influences?

We are fans of band like Have Heart, More Than Life, Defeater and Refused, but we also listen to Bring Me The Horizon and other more Metal sounding band. I definitely think that our live shows are more of a Hardcore show than anything else though.

9. What image do you think your music conveys?

We really hope that our music hit other peoples feelings, and that the atmosphere makes you closer to the lyrics aswell. Just like when we listen to other bands music. It’s all about recognize the heartstings. At least that is what we want to convey to people.
10. How do you describe your music to people?

“Fast fun & full of heart”. Metal/Hardcore. Sometimes “Honest Metalcore”. There’s many ways to describe it, but we prefer if people listen to it and make an own opinion instead.

11. You shot and released a video for the song “Rumors” can you tell me about the video for it?

The lyrics for Rumours is about an old best friend of mine. How we used to be and how we slowly got apart. The video is supposed to symbolize not feeling like the rest of your friends but still hang on to whatever they say just to not feel lonley. Some sort of a peer pressure.

12. What more can we expect to see from you guys for this year?

We won’t release any more songs this year, but we have some big tour plans coming up. You can expect some crazy shows, some tour-diarys and maybe another new music video!

Ruins Of Elysium – Amphitrite: Ancient Sanctuary In The Sea 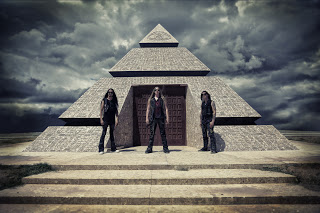 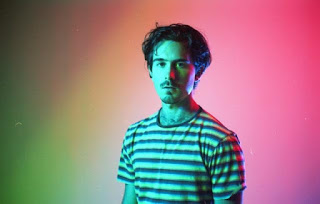