Endless Coma Talks Music in all Shapes and Sizes! 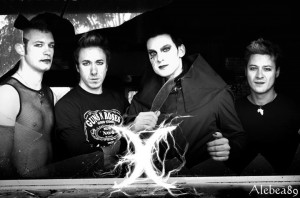 Endless Coma has been around for sometime now writing and recording music, playing showcases the whole works. Now the band talks to me about their history, music scene, song writing, musical influences, and much more!
1. What type of band are you?

For us the most important thing is that our ideas get through to people, and this is more important than the actual band itself. We want to prove that it is possible to express ourselves artistically when we have something to communicate. We just started, we have lots of things to say, and we want to do it in front of a big audience. The best has yet to come..

Many things have happened since the project first started, we could write a book with everything that we’ve been through. Anyway, briefly we can say that the band was born when the singer Dark Priest and the bass player Nick Franz met for the first time in 2008. From then on we changed band members many times, and the product of that confusion was our first EP “Endless Coma”. The real turnover was when we decided to record our debut album in a real recording studio, and especially thanks to Sal Alexander, who came in as our new guitarist right in that moment, and gave us the right impulse and helped our musical growth in general.

3. Where is the band from and what is the music scene like there, any bands you’d recommend?

Right now our base is in the north-east of Italy, near Venice. There’s a huge musical depression here, and it probably couldn’t get any worse. There are many bands, but only very few of these are slightly original in what they do and have the courage to be themselves. Luckily we won’t be here much longer, by the end of 2012 we will move to London where the musical scene is much more alive.

The songs are about various subjects but they are all connected with each other really. Inner fear, the frustration of who isn’t able to connect with a reality that has no logic to it, the anger that has built up in us by living in a world that represents nobody. All of these themes are in our songs, and many people will be able to relate to them.

5. Do you write your own songs? Can you discuss the songwriting process in detail.

Of course we do! The creative process that is behind our songs is quite unique. Thanks to all the technology we have available we write down everything we have in mind in a very instinctive way (Nick Franz is a real master in this), after that we spend a huge amount of time refining each song in every detail. Then the songs are ready to be recorded.

We each have different musical influences, and this is a huge bonus when we compose. Dark Priest has always been into rock-industrial music, Nick Franz on the other hand appreciates nu-metal mostly, while Sal Alexander is more into progressive metal, hard rock and jazz-fusion. All these different genres enhance the bands ideas and we manage to convoy everything into our own personal style.

7. How do “Endless Coma” and “Rising Rage” differ?

They aren’t even remotely comparable. The first EP was our first brief experience that made us realize there was great potential, and since then the potential has grown tremendously.

“Rising Rage” is the first raw punch we actually delivered to the public, just to let you know that you must be ready, because there’s more to come!

8. Since you’ve released “Rising Rage” it’s reached all of the major music stores iTunes, Amazon, etc. How does it feel that people from all around the world can have a chance at hearing what you guys do?

We still haven’t grasped this idea yet, mainly due to the worldwide musical depression we’re in right now, and also because in Italy we are more in contact with the negative side of our work. But this doesn’t demotivate us, our objective is always the same: reach out to as many people as possible, give them the chance to listen to our music and follow us.

9. What does the title “Rising Rage” refer too is this release a concept album?

The rage in this album is that of a young person, that hasn’t been contaminated by this world’s reality yet.
This anger is in a lot of people, and starts off at a very young age, and sooner or later it will explode in some way. There is no way of stopping a rising rage when everything that surrounds us just makes it worse.
“Rising Rage” is every one of you, when you used to sit in your bedroom full of fears.

10. Who approach who when it came down to you guys getting signed? Did you celebrate once the deal was done?

Sal Alexander got in contact with our label, after we got signed we were pleased because only a couple of months had gone by since we finished recording Rising Rage, but we didn’t celebrate in any way because we knew this was not going to take us immediately as far as we wanted due to the musical crisis, but it’s certainly a first step.

11. How do you describe your music to people?

We prefer not to describe our music, listening to it is really the only way to understand it and grasp what our emotions were when we recorded it. Translating thoughts into notes is our best way of telling people what we have inside.

12. What are your upcoming tour plans and plans in general for Endless Coma?

Right now we are 100% focused on moving to London in the next few months. As soon as we get settled there we will finally let Endless Coma free and our musical career can finally start. We will also start playing songs off of our second album that we will start recording quite soon.

Our music and our image are simply who we are, what we want to be. There’s no escape, if you like our music it’s because you like us, and if you hate us….it will be for the same reason.

Yes… Fuck off Italy, fuck off Europe and fack off America!!! 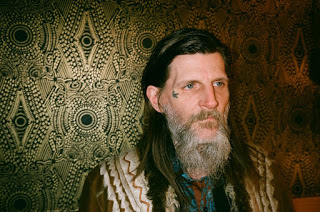 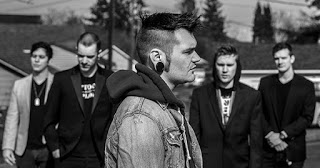 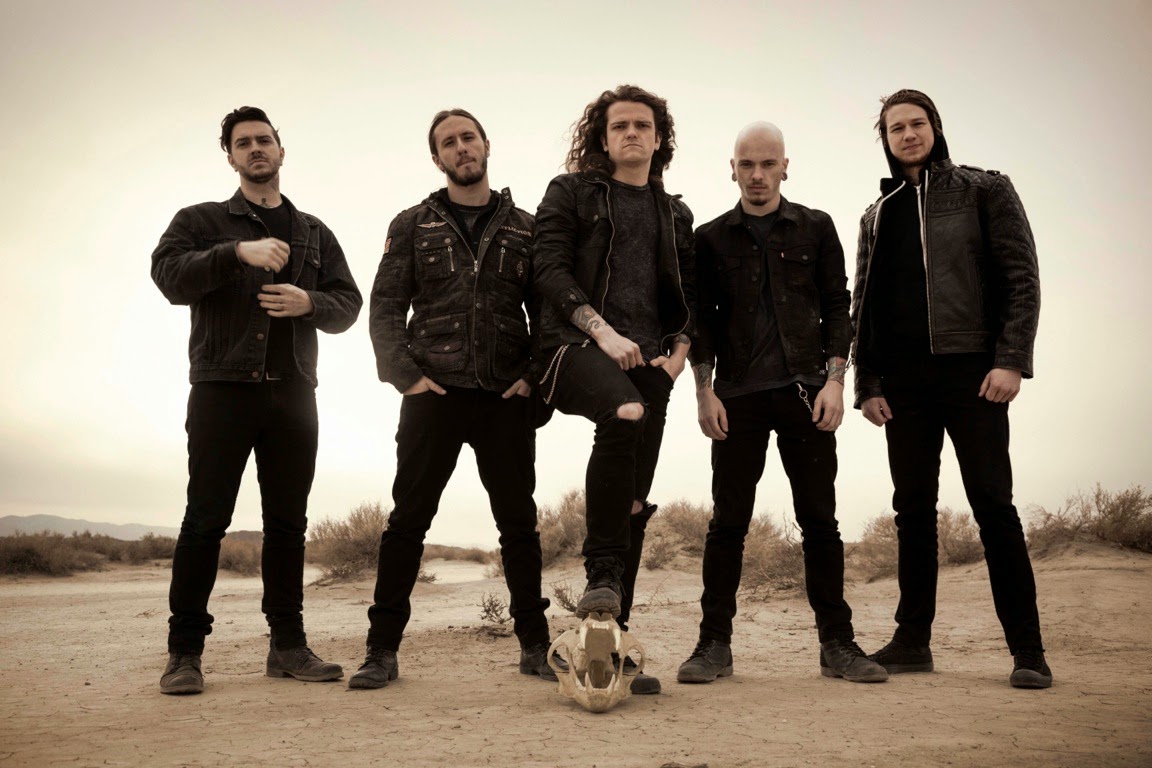 MISS MAY I Releases New Video for "Echoes"