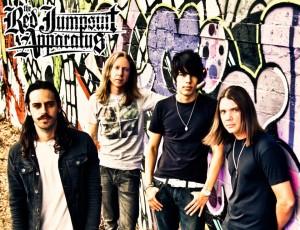 The Red Jumpsuit Apparatus has been around for almost 10 years having released several albums, tour relentlessly over the course of their career. They have got so much more ahead for them it is only starting to branch out for them. Frontman vocalist Ronnie Winter discusses with me his band’s touring plans, pranks, song writing, and just what else can be expected from them in 2012. You can hear the audio version HERE.

1. Have you noticed the economy affecting your tour attendance or merch sales?

Ronnie: I wouldn’t say too badly I’d say about a year ago maybe two years ago a big chance with the gas being so high it’s expensive to tour. I feel it was the gas and it was worse then but things have picked up for us recently.

2. What are the largest and smallest crowds you’ve played in front of?

Ronnie: Let’s see the smallest would have been the first time we ever played Nashville there was 5 people in the crowd because we were just branching out and moving into new areas at the time since our album wasn’t out yet. The biggest would be a show we did in Japan in 2006 called Punk Spring so that was 20,000 people so.

3. What band did you have the best time touring with?

Ronnie: That’s a good question to have made a lot of friends while on the road. For me tho it’d have to be two bands and to be able to play with them each night was just awesome. Those bands are 30 Seconds to Mars and Jared is a great guy and The Starting Line those two tours were back to back so it was a blast each and every night.

4. What the best prank you’ve played on bandmates or other bands?

Ronnie: Well we have something recently we’ve been doing called “Balloon Justice” if anyone didn’t do something they weren’t suppose to do or messed up during a performance we all picked a time then hide fill up water balloons and attack them so that’s what we like to call “Balloon Justice”. So if you know you did something wrong then you’re going to get it.

5. Do you remember the first show your band played?

Ronnie: I do it was at a place called the ArtBar in Jacksonville, Florida it was crazy and was sold out a lot of my family and friends from my former band Dishonest were there who had been following my musical career since the beginning, it was a really good fun show and unfortunately that place closed down a year after that show.

6. How does your new release differ from your previous release?

Ronnie: It’s the same guy writing the songs me so not much has changed there but for one thing there is a digital element used here a lot of keyboards and electronics we added in. Our last two records had strings, drums, and guitars so this time we took the digital approach so lots of people are enjoying that so that’s what’s different.

7. You worked with producer John Feldmann what was that experience like?

Ronnie: That was amazing for me on many levels. Personally when I was in high school the band Goldfinger was a big influence on me and my friends I grew up listening to them, NOFX, MXPX, Strung Out, they were all crushing it in the punk scene at the time. So a lot of our earlier stuff can be heard as influence from them. So working with someone who I grew up listening too and looked up too years before was really cool. He’s also a singer and a lot of producers don’t sing so that was cool too. For me I felt my vocals weren’t as smooth he’d sing the part to me and I’d sing it back to him so we’d be able to work out that relationship getting everything in order.

8. What are your songs about? (What specific themes do they cover?)

9. What do you have to say about all of the bullying, depression, anxiety happening to people right now, what advice would you give to those people in pain?

Ronnie: I would tell them to listen to a track on our new record called “Don’t Lose Hope” that song is talking about insecurity and I don’t think I’ve met anyone who hasn’t found something they don’t like about themselves and I think imperfection is unique. Tomorrow is a new day so I would tell them to read the lyrics it would help them and there are a lot of people out there who are there for you. So don’t be silent about it. A lot of people let it build up and think of suicide, cutting, that come with that  self esteem so don’t be afraid to speak out you have family and friends there for you.

10. Next year you will have been a band for 10 years do you plan on celebrating?

Ronnie: That is true and you are the first person to have mentioned it. A lot of my friends and all of this so for me this is a special thing and it’s gone by so fast, I can’t believe this or that and here I am almost 30 years doing this band for almost 10 years and for it to have been this long is amazing. We will be doing some things for the fans who have been there since day one, definitely continue to make music for another 10 years.

Ronnie: Things are so different now, I get asked that question a lot and be as honest as I can so I would say trust your own instincts and hire a lawyer because what a lot of people and bands don’t know is the contract there is always one present so hire a lawyer is all I got to say.

12. What else can we expect to see from you guys this year?

Ronnie: We just released a brand new video that’s gotten 10, 000 views so that’s our current piece of art we are trying to push and raise awareness of other than that finish up this next tour then take some time off and then go on another tour this November/December.

Ronnie: Not really thanks to anybody who’s bought our music instead of stealing it since we are an independent band it means a lot.  So thanks for that as always appreciate the love you give us to keep us going. 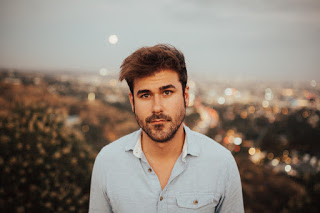 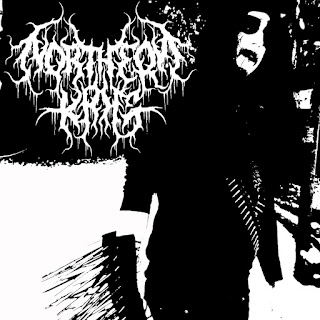