Auroch’s Seb Montesi Tells All from In the Studio 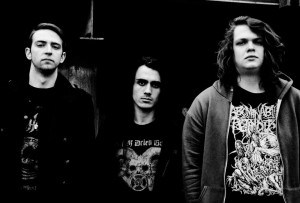 Death metallers Auroch caught up with me while in the studio to discuss the process they are in when the works of their new album. Also the band is planning to embark on a new tour soon so talk of that is told. Vocalist and guitarist Seb Montesi tells all.

Seb: Shall we define type by musical categorization or by ideological values? Either way, I’d suppose we’re a death metal band, to begin this interview by pigeon holing ourselves.

Seb: We formed in 2008, and have metastasized into the current form.

3. Who are your musical influences?

4. Where are you in the recording process of the new album?

Seb: The record is done being tracked and in the final stages of mixing. All that’s left is to master and unleash this beast!

5. Who is producing the album? How has the producer aided the recording process?

Seb: The record is self produced. We like having total control over the creative process.

6. Where are you recording the album?

Seb: The record was recorded at several different studios throughout Vancouver. Mostly at lunatic hours of night.

7. What label will be releasing the album?

Seb: Small Canadian label No Ones Ark will be releasing a cassette version of the album, and we’re currently talking with some other entities regarding a more extensive vinyl and CD release. Regardless of anything, however, the first pressing will be self released.

8. This will be your first debut how does this make you feel?

Seb: We’re extremely anxious to release this mammoth of a record. We’re rather tired of having our reputation being based solely on live performances and word of mouth. It’s time to get this thing out there.

9. How would you describe the overall sound of the new album? How does it compare to Stranger Aeons?

Seb: An entirely different beast, but a natural evolution. Stranger Aeons featured a few elements of the technical guitar work that this album features, but will pale in comparison to what this record will offer. Bands should always try to outdo themselves. Change, whilst staying the same.

10. Did the band have any definitive goals they were shooting for before the recording process began for this album?

Seb: No, the record sort of created itself nicely. You can always have it in your head one way, but no matter what it’s going to turn out slightly different; we’re pleased with the end result.

11. Are you using any new instrumentation you’ve never used in the recording process before?

Seb: There is some sampling and some 7 string guitars, neither of which we’ve used in the past.

12. When did you start writing for this album? How was the songwriting process different/similar to previous AUROCH albums?

Seb: Some of these songs have existed in one form or another for nearly two years. They were refined, broken down and pieced back together with the fat trims until they came into the forms there in now. We went through a few member changes in the process, but that did not affect the writing, as all the music is written by Zack and myself.

13. Did you feel any pressure for this release?

Seb: Sure. The usual variety.

14. Can you go into one or two tracks on the new album? If so, can you give us the track title and brief description of how the track sounds and how it came about?

Seb: The title track From Forgotten Worlds is one of the oldest on the record. Musically its one of the fastest and most technical. We don’t ever make a conscious effort to be technical, but the motif riff of this song is an interesting Phrygian based thing in 9/8, and there are some pretty shreddy legato licks in it, with some faster vocals.

Lyrically, this may be the most important song on the record in terms of tying the words of the songs together into comprehensible form. The inspiration was largely drawn from a few passages of Revelations, with allusions to the Ishtar gate. The song represents a beginning to a series of events, or vignettes if you will, that are symbolically offered throughout the record. This is the catalyst of all death and space-time paradox itself.

That being said, the final track is both lyrically and musically a fitting continuation and conclusion of this: Tundra Moon.

Seb: Insane. Almost all vowels have been replaced with ‘R’s. It’s not good.

16. When can we expect the new album to be released?

17. You will be embarking on the Canadian Abomination Tour this summer are you excited?

Seb: Always excited to hit to road and play our music. We look forward to next spring, when we will play outside the country for the first time.

18. What more can we expect to see from the almighty AUROCH? 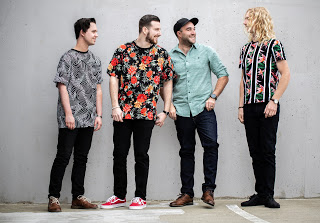 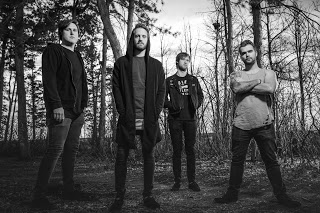 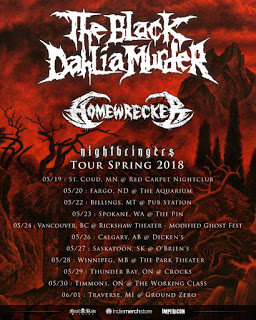 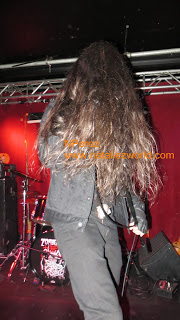