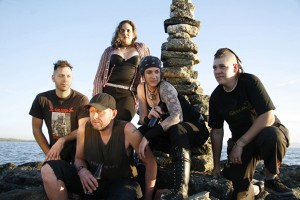 Gathering members from former or current projects heavy metaller’s Embers, from the Bay Area of sunny California got together in 2004 and since then has been busy playing and creating music. This lead to them unleashing a double album called “Shadows” having their material be long at times the band went with it and were satisfied with the ending results. Guitarist Steve Decaprio and bassist and vocalist Kelly Nelson talked to me about the band’s happenings from then until now.

Steve: Now that’s a loaded question isn’t it. I would say it’s safe to say that Embers is a metal band. We have been described by others as having elements of black metal, crust, and doom; but we haven’t strive to sound like a particular genre. Instead we write songs that have dark melancholic melodies blended with driving and/or heavy riffs. We all have roots in the punk scene so our music tends to emphasize raw emotion over technical execution. The genres we have been compared to incorporate similar elements so they are pretty good points of reference.

Steve: Kelly and I were in the band Lesser of Two. That project ended in 2002, and after a break from us collaborating we decided to start a new project. We approached Jerry who formerly played drums in Fields of Shit and started working on music in 2004. We played a number of shows as a three piece, but wanted to incorporate more instrumentation. Lillian joined the band on keyboards, Nine on viola, and Timm on second guitar. The band played a number of shows as a 6 piece before Nine left the band. We stayed a 5 piece until after recording Shadows at which time Lillian left the band. We are still now a four piece, and it remains to be seen if we will incorporate more instruments in our music.

3. So tell me why the name Embers?

Steve: It was part of a suggestion from a friend who came up with a name including the word Embers. After some discussion we decided that the word Embers in and of itself represented much of the ideas we wanted to embrace. Embers represent a past flame yet also the potential for a fire’s rebirth. It is neither a spark nor a coal. The relationship between flames and embers is both literal and symbolic. For me it meant the transformation spirit of humanity as well as our potential for destruction. Unlike a spark or a coal, embers represent continuity of energy. For me I feel that my own life and struggles represent a continuity of which I am a part. Of course I feel that the name Embers was agreed upon for different reasons among different people in the band. These are just my thoughts on the name.

4. What’s the music scene like in Oakland, California have any band recommendations?

Steve: The music scene in Oakland is diverse and vibrant. That is true for the metal scene as well as the larger music scene. The number of bands is good in relation to the number of people attending shows. Not everyone in the scene is in 4 or 5 bands, nor is there only one or two bands playing every show. It’s a good balance.

Also, the music here tends to be original. There aren’t very many bands trying to emulate a particular band or genre. Of course bands have influences and may fit in a particular genre, but most of the bands tend to have a unique sound of their own.

The scene is tight knit. A lot of people in the music scene tend to lay down roots here. It’s not as transient as some other places I’ve visited, nor is it as diffused. There are a lot of bands in the bay. Some I’ve been excited about lately are:

5. Tell me why did you want to go with releasing not just a single album but a double album?

Steve: Our songs tend to run about 10 minutes long and we had 7 songs written and recorded. We just couldn’t fit them on a single album so we re-released Awakening off the limited edition Wrath split 12″ as a bonus track and released it all as a double album.

6. Why call it “Shadows” what does that title mean and is this a concept release?

Steve: The title was proposed to represent the dark nature of the album. It is not an album representing despair nor nihilism. Rather it explores the darker elements of existence. I would say it isn’t about the complete absence of light but rather the relative absence of light. Also, shadows represent things that may not be in view yet are perceived. Shadows also represent, in a more metaphorical sense, losing ones spirit as in the expression, “A shadow of one’s former self” which can be applied to the critique of destructive or selfish human tendencies. That also leads into the fact that a shadow can also represent a legacy which is an open question in the album regarding humanities legacy on this planet. There is also an aspect involving the dark aspect of humanity and each of us which isn’t the loss of oneself, but rather is integral or primal.

The album is not named after the song Shadows as one may think. This is because the album title embraces the concept of shadows more broadly than does the song of the same name. Of course like the band name the title may have different meanings for different people.

Kelly: Ok so this is the question I’ll take on. I’ve written most of the lyrics for our material. The lyrical themes are pretty introspective and interpretive. They reflect a contemplative connection with nature and of man as animal. They explore the relationship of man existing in his own microcosm, consensus reality, against the backdrop of the greater macro cosmic universe. What role do we play and how significant are those roles? The lyrics differ from song to song but represent alot of my own analytical thought process and personal philosophy. Plague is the one song that incorporates a more linear political line of thinking.

Steve: Yes. Before assembling songs we write individual sections. We may start a section with a progression where I will write one or more melodies. We may start with melodies which will then imply a progression. Often we will re-interpret the melodies and progressions which will create new or alternate sections. Sometimes this takes the form of making a melody become the rythm. After we have written a section we will either write new sections to compliment the original sections or we will take sections developed separately and work them in together. Then as we assemble we will change the rhythms and determine a final structure that makes sense with our natural flow and dynamics.

9. Who are your musical influences?

Steve: It’s kind of scattered. I was inspired early on by hardcore punk. Bands like Blag Flag, Dead Kennedys, Meat Puppets, Husker Du, Die Kreuzn, Flag of Democracy, etc. I really connected with the raw anger. Then came the whole crossover period when I began listening to a lot of metal like Slayer, Venom, Metallica, Megadeth, Nuclear Assault, Possessed, Celtic Frost, etc. At the same time there was a lot of metallic offerings coming out of the hardcore punk scene like Corrosion of Conformity, Suicidal Tendancies, The Accused, Napalm Death, Assuck, Rorschack, Neurosis etc.

As I started Lesser of Two I became increasingly influences by post-punk such as Fugazi, Drive Like Jehu, Butthole Surfers, Sonic Youth, etc. During that time I became exposed to experimental jazz such as Miles Davis, Mahavishnu Orchestra, Return to Forever, Ornette Coleman, Thelonius Monk as well as newer experimental musicians such as John Zorn, Dead Can Dance, Iceburn, The Moon Lay Hidden Beneath a Cloud, etc.As I studied music I began appreciating Bach as well as the concepts of composition from a classical perspective.

That was really my starting point. There have been a great many bands since my first punk album that have been inspiring, and probably had some influence on me. But a bigger influence on my has been my own life experience. During my time in Lesser of Two my life was defined by anger. I saw a world filled with injustice that I had to fight with every ounce of my being. Since then I have been through a lot of struggles and I have become more circumspect. In Embers I still want to express that anger, but also the full range of emotions

I feel being in a world such as the one we are in. I guess the melancholic sound is simply how I feel these days. My influences don’t dictate my emotions, but they may influence my approach to playing and songwriting.

10. How do you describe your music to people?

Steve: It depends on the person really. If they are a metal fan I would either describe it or throw out the catch all, “blackened crust doom” cross-genre description. To people who aren’t metal fans I would say that it’s extreme metal and remind them to bring earplugs to our show.

Steve: I imagine images of destruction and rebirth. Images of despair with an element of hope.

Steve: Honestly I had given up on music after Lesser of Two, but Kelly approached me to start another project and it was our connection that drew me back in. So I guess first and foremost it’s the ability for music to create bonds and connections between people. I have reconnected with music as a means of expression. I used to think of music as a catalyst for change. Today I think of Embers as being music that exists in a certain context that emphasizes the things that are important in life; peace, freedom, justice and nature. For me it is that context more so than a specific set of lyrics that holds a deeper meaning.

Steve: Be sincere. Don’t support corporations that exploit the planet. Support each other. Play music that expresses how you feel, not what you think people want to hear.This isn’t advice it’s more a critique of the state of metal these days.

Steve: We are going to be playing in So-cal with Spectral Tombs on September 27 in San Diego and September 28 in Los Angeles. We have some shows in the Bay area.We may do some short tour next year; perhaps in the Pacific North West.

15. Anything else you want to add or say?

Steve: Thanks for the interview.
Kelly: Yes, thank you! And check us out on http://embers.bandcamp.com! 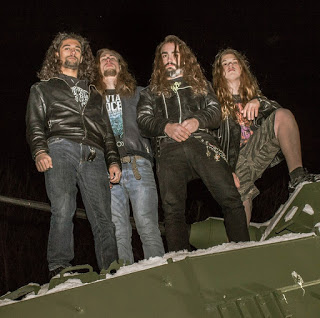 Æpoch Release New Song "Burn Them At The Stakes" 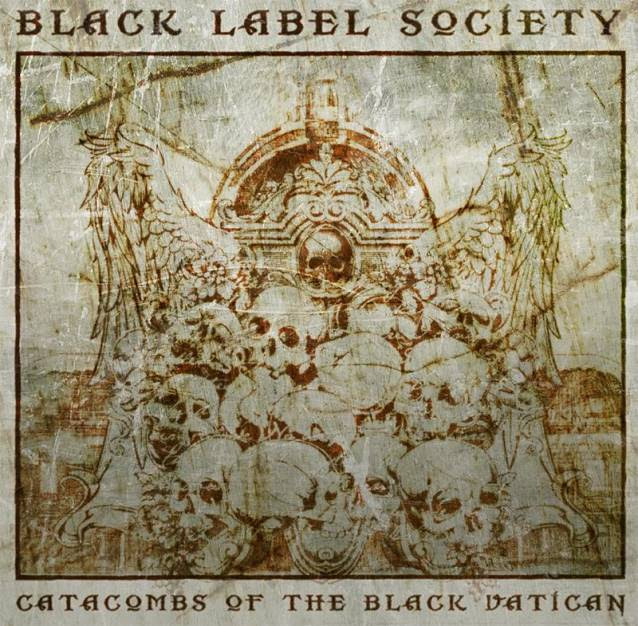 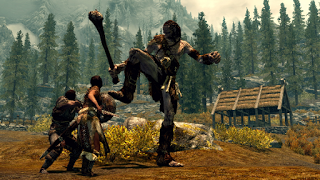 Skyrim’s Game Tactics Exposes Console Commands and Cheats and How To Use Them! 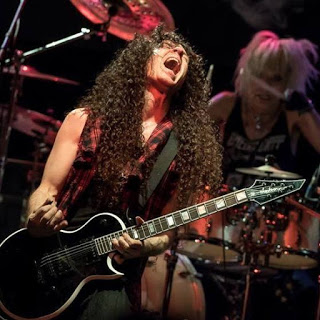