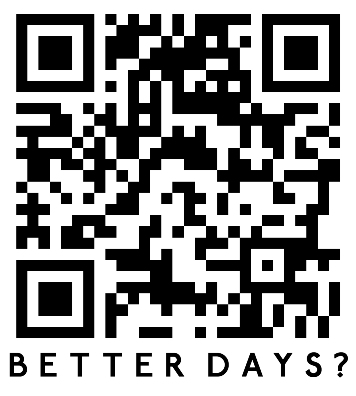 U.K.-based indie rock band, The Sons, announces the release of “Better Days”, the second worldwide single from their album The Prime Words Committee. The song has been released as a free download from the band’s website – http://www.the-sons.com. Current and future fans who want to download “Better Days” immediately to a mobile device may scan its QR code. This code has been posted strategically online and around the world – including the back of the band’s iconic blue van. The goal is for “Better Days” to be downloaded 1 million times.

To support this release, The Sons are excited to announce their Fall tour calendar. In addition to headlining shows in the UK and Europe, in November brothers Paul and Steven Herron will hit up Southern California to showcase their acoustic talents. These shows will mark the first time US audiences hear The Sons’ music performed live.

Catch a live show in the following cities (visit www.the-sons.com for details and updates):

For more information, to book the band for interviews or live appearances, or to review a show, please contact: Kristi Carlson, Manager

MusicContractStore.com Set to Launch This Month

TALIA a band that has been called, Pop with cortisone