The Culmination of Months of Planning By Music Industry Heavyweights Will Bring IndiMusic to Stops Along This Year’s Tour and Into 30 Million Homes with Interviews, Exclusives, and All Things WARPED 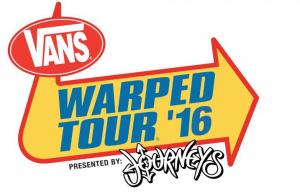 February, 2016 (Long Island, NY) — With the dates for this year’s 2016 Vans Warped Tour announced this past December with stops beginning in Anchorage, AK June 22nd and ending August 13th in Portland, OR, it’s been announced that IndiMusic TV – the #1 Worldwide Independent Music Video TV Channel and Social Network dedicated to the independent musician – will be coming along for the ride! As preparation for this year’s tour is underway with the Artist & Band announcements, ticket info and further specifics coming in March, IndiMusic and Warped Tour staff have been vigorously planning the details to the collaboration. The partnership is set to include sponsorship, interview and behind the scenes segments, and a ton of exciting content delving into the core of the longest running touring music festival in North America!

IndiMusic TV was originally founded in 2004 as a “go to” music video website and then launched as a half hr TV show in 2008 in the NY tri-state area on the independent TV Network WLNY TV10/55. It garnered instant popularity as it was the only game in town to launch, market and expose new indie Music Videos on traditional TV. After three successful seasons, IndiMusic TV broadened their horizons by launching a worldwide mobile TV network partnering with Yamgo TV, a mobile TV start up in the UK. In September 2012, IndiMusic TV launched as the first 24-7 independent only Worldwide Music Video TV channel and Musician Social Network.

They are now the exclusive place to go to see syndicated episodes of A&E’s Emmy Award winning “Private Sessions” which features former VH1 VJ Lynn Hoffman sitting down with world renowned artists like Maroon 5, Gene Simmons of KISS and Bon Jovi to name a few (airing Thursdays at 9PM EST). Lynn is also the current “face of the franchise” at IndiMusic TV, as host of their widely popular weekly “Top 21 Countdown”. Plus, IndiMusic TV also boasts former FUSE VJ Juliya Chernetsky who spends time hosting shows and events on a regular basis for the company, as well. Juliya introduces many of the Video Block segments 24/7. 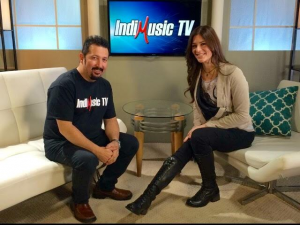 The site was founded by Chris Pati, who’s had an incredible amount of success as a Solo Artist and Label Owner outside of being the Founder and Visionary behind IndiMusic TV. Pati has had over a dozen top 20 Billboard hits, and has worked as a Producer with a wide variety of famed talents including Rebbie Jackson, Rock & Roll Hall of Fame Inductees The Isley Brothers, World renowned bass player Bakithi Kumalo of Paul Simon’s “Graceland”, Peter Noone of Herman’s Hermits, and some of the biggest record labels in the world including Atlantic Records, Universal, Warner Bros, Capitol, Universal and many more. A musical prodigy in his own right, he began at 5 years old playing piano, guitar, bass and drums, and established himself as a multi-instrumentalist by age eight. Chris was honored by Berry Gordy (former President of Motown Records) who called on him to arrange and perform an impromptu medley of “America the Beautiful” and “Lift Up Your Hearts And Voices” for opera star and actress N’kenge at President Obama’s 2009 Inaugural Ball among such noted musicians as Bon Jovi, Josh Groban, Jordan Sparks, Peter Frampton, and Smokey Robinson.

Pati recently expressed his excitement for the partnership, saying “I couldn’t be more pleased or think of a better partnership than for IndiMusic TV to align with Vans Warped Tour. We have the same mission: To expose great new talent to the marketplace and put that talent in front of an engaged audience. Vans Warped Tour has been the Marquee, Flagship Tour brand for over 2 decades nationally and I am thrilled and excited to help expand the tour’s footprint to the truly global, loyal audience IndiMusic TV has garnered. Kevin Lyman has been (and always will be) a mentor, visionary and major force on the leading edge of the Music Business and this partnership is a perfect fit…and a great cumulative force for emerging and established Artists as well as the 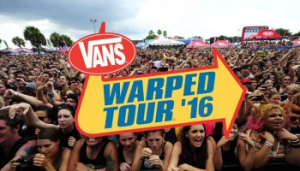 The Warped Tour was created in 1995 by visionary Kevin Lyman who – after working on events that paired skateboarding competitions with live music – decided to create a national (and later worldwide) tour, pairing extreme sports with live punk music. The first tour began June 21 at the Idaho Center in Boise, Idaho, ending August 18 in Detroit. The largest traveling music festival in the United States, it is held in venues from parking lots to fields upon which the stages and other structures are constructed prior to and for the duration of the event. Much more than simply a concert; the Warped Tour has grown exponentially in its 22 years running to a full-blown event. In addition to the approximately 100 bands that play each date, there are all sorts of sports demonstrations, ranging from BMX bikes and skateboards on half pipes and street courses to wrestling and other random bits of weirdness. Past years have even included motorcycles stunt jumping and a human cannonball! Proving that he’s not willing to take any part of the year off, Lyman also organizes the Taste of Chaos and Mayhem tours, and is a partner at SideOneDummy Records. Not only does he organize the tours, but he’s a fixture on site at each date.

With IndiMusic TV now onboard, Lyman also expressed what it means partnering with the company for this year’s Tour. “Since I started the Vans Warped Tour in 1995, I have always made a point to involve innovators within the industry. IndiMusic.tv is no exception and I am thrilled to welcome them as a new tour broadcast partner for 2016. Together we hope to bring the Warped “experience” to fans worldwide, through exclusive, unique content featured on the IndiMusic.tv online platform.”

With this year’s line-up sure provide some of the best upcoming artists & bands as well as veterans in the punk, pop punk, post-hardcore, Emo, Reggae, and Ska scenes along with its wide range of extreme sports seen in years past – IndiMusic TV’s Global Network Partnership with the 2016 Vans Warped Tour is geared up to bring some of the most exciting content into millions of homes worldwide!

For More Information of the Vans Warped Tour and 2016 Lineup, Visit: www.VansWarpedTour.com

More About The Vans Warped Tour

The Vans Warped Tour®, presented by Journeys®, is well known as America’s longest running touring music festival of the summer. Since 1995, the tour has been a showcase for both established and up and coming talent, across a wide range of eclectic sub-genres.

The tour has also cemented its place in history by bringing alternative rock and skate culture from the underground to the forefront of global youth culture, while at the same time helping those in need through non-profit and eco initiatives.

Alternative Press readers voted the Vans Warped Tour as the “Best Tour/Festival” and Rolling Stone called it “America’s Most Successful Festival”. Now in its 22nd year, the 41-date tour will commence June 24 in Dallas, TX and end on August 13 in Portland, OR.

America: Losing Free Speech to Emerging Dictatorship All Because of Complaints Posted on Social Media?