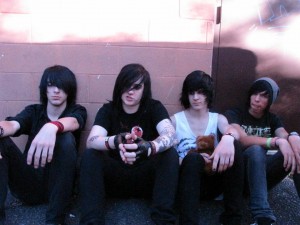 Canadians Chomp Chomp Attack! are some up-and-comers who put hardcore, screamo, and rock to the test! With the release of their debut video for “How Do You Like Me Now” there was little to no telling as to when or if a EP or full-length debut would ever surface. But luckily for them they went on to write, record, and will soon be releasing their debut EP “How Do You Like Me Now”. Frontman vocalist Mike Silentts talked to me about this all new release, band’s history, musical influences and just so much more!

1. What type of band are you? Can you tell us the brief history of your band and who does what?

Mike: We are a Post-Hardcore band. History of the band – When Omer Valentine (guitar), Gabe Gallows (guitar), Dustin Heroin (bass), Julien Masterpiece (drums) and I (Mike Silentts) (vocals) first met we were not in the same band. Dustin and I had a band called A Hopeless Lie and they all had a band called Buried by tomorrow. We played a show together and right away Gabe and I hit it off as best friends. It was not even 3 months later we formed Chomp, Chomp, Attack! Things worked out a lot better by us forming together.

2. What is your music background and who are your musical influences?

Mike: I personally have been writing songs and singing from a very young age. I started my first “projects” at 8 years old and just kept doing different things since then including rap, pop and hard rock. My influences don’t really revolve around specific people but more around my past and my life. But if I had to say who inspired me the most this past year I would have to say my band mates. They have helped me to see music and musicianship through a different eye that I never saw it through before.

3. Do you write your own songs? Can you discuss the songwriting process in detail?

Mike: We do write our own songs. And the song writing process is always different usually the guitar will come first then the vocals but we’ve had time were the vocals come in last. We always write in different places too. It could be our practice room, it could be in the back of a van or it could be lying in bed.

For our upcoming EP “How Do You Like Me Now” we had a lot of writing inspiration from our producer (Frank Shooflar at Bird Wazo Studios) We’ve both worked with him before with our old bands so we trusted him on this one.

4. What are your songs about? What specific themes do they cover?

Mike: I write all the lyrics but our songs can range from anything. All though I have a lot in my life that could be put into songs it’s not always what I find best fitting for the band right now. This EP has a lot to do with the battles that we all face in life and pushing to live your dreams and just never giving up.

5. So what’s new in the recording of your music you mentioned that an EP was in the works and then an album which is it?

Mike: Well we are officially done recording and it was going to be an album at first. But unfortunately things came up and we lost time so we are going to be releasing it as an EP. Even though the songs that didn’t get recorded were great I still think that this EP sounds amazing and there will always be room on our full length album for those other songs

6. Have you recorded any previous CDs or posted any audio files on the Internet?

Mike: This is going to be our first CD. But we released 2 demos in 2011 “From Dreams To Reality” and “This Is Halloween”. In the beginning of 2012 we went to Toronto to film a music video for the single off of our upcoming EP the single was named after the EP “How Do You Like Me Now”. The music video was premiered on BryanStars YouTube channel March 18th 2012. We will have other stuff coming out soon

7. What type of recording process did you use? Who produced your recording?)

Mike: The recording process was pretty much like it is for any band. We recorded our pre-productions in Omers home which then we send to our producer Frank Shooflar of Bird Wazo Studios. Frank has previously recorded the album Nightlife for Skip The Foreplay off of Epitaph Records. And we have worked with him before so we really trusted his judgment and we worked the songs together to come up with something that everyone was happy with.

8. How do you plan to sell your CD’s/Audio Files?

Mike: We have not sold any audio files yet. When they do get released we will be selling our EP and individual songs on iTunes as well as selling hard copies of the EP on our worldwide online merch store www.chompchompattack.bigcartel.com and as well as at shows and on tours. We are hoping to also have the EP sold in stores across North America.

9. So whose idea was it to do a cover of The Nightmare Before Christmas’s “This Is Halloween” song? It was well done by the way.

Mike: That cover was my idea. I have always had a love The Nightmare Before Christmas and anything Tim Burton really. I have a Half sleeve tattoo of Jack and Zero which I will be adding to soon. The only regrets I have doing this song was that I felt like the quality could have been better. But who knows maybe one day in the future we will record it again.

10. Can you tell me about the video concept for the song “How Do You Like Me Now?”

Mike: The song “How Do You Like Me Now” was written for ourselves, our fans and really anybody who has ever been told they can’t do something or the cant follow their dream. We have been told that so many times from so many people and we want anyone watching this music video to know that they have the power to prove that person wrong and go on and live their dream. When we decided we were going to film a music video for that song we wanted to show that we were in a battle. The first scene shows me walking into a paintball place, wearing makeup and leather and basically the other team is laughing at me and telling me I don’t belong there. Which in the end we prove them wrong and we win the match.

11. Are you looking for an independent label deal or a major label deal? (Why?)

Mike: We aren’t specific and decided on one certain label. But we are looking to see what the different labels have to offer us and will be making our best decision through that.

12. What live performance experience have you had? (Any industry showcases?)

Mike: We’ll like I said before we have all been in many other bands before which gave us a lot of experience before. As Chomp, Chomp, Attack! WE got the chance to share stages with bands such as Black Veil Brides, Get Scared, Vampires Everywhere, DR.Acula, Blood On The Dance Floor, Dev, Jeffree Star, Chase Coy, Modern Day Escape and so much more. So for we have has a blast. But we are most looking forward to what is coming this summer. The only thing i can mention so far is our spot on the D-Tox Rockfest which will be featuring Korn, Bad Religion, Dream Theater, Suicide Science, The Devil Wears Prada, Asking Alexandria, Attack Attack! and a bunch of others.

13. How do you rate your live performance ability?

Mike: I rate it pretty high. Almost all the time if kids that have never seen us before they will stay through the entire set and we are usually complimented on the performance and music and just the overall entertainment.

14. How do you describe your music to people?

Mike: It’s simple. We are a Post-Hardcore band that believes you can do whatever you want with your life regardless of what anyone tells you. We are not here because we want to make you rip each other’s heads off. We are simply here because we love our fans and playing music more than anything else in the world and nothing anybody can tell us will make us stop.

15. What image do you think your music conveys?

Mike: Well I’m not gonna try to come up with anything fancy. We have a very emo image and we have been put in that category many times. I honestly have no problem with it.

16. What are your upcoming plans for the rest of this year?

Mike: We have tours coming up this summer and that’s the plan. Release our album and tour, tour again, tour some more and just don’t stop.

17. Do you want to say or add anything else?

Mike: Thank you all so much for your amazing support, Chomp, Chomp, Attack! would not be releasing this EP without any of our loving fans. You guys make waking up in the morning worth it and for that I thank you so much. All my love – Mike Silentts 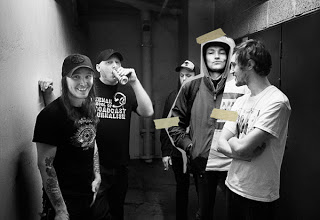 The Good, the Bad and the Zugly Reveal New Song "West Coast Exile" 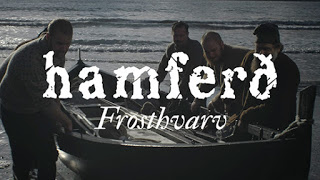 String Bone Talks of New Single, and Even Newer Music! 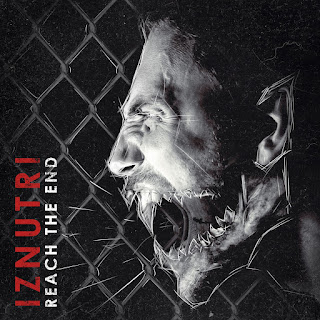