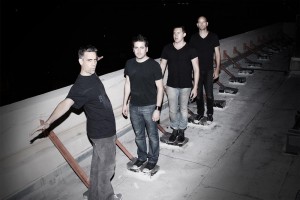 Friend Slash Lover began as a quirky art project about seven years ago since then they have evolved into a mainstream lush sound of uniqueness and creativeness that is truly their own. Vocalist and guitarist Josh Mintz spoke to me about the band’s whereabouts, current release, and style of what they are achieving to this day.

1. What type of band are you and where does a name like Friend Slash Lover come from?

Josh: I’d say we’re indie rock with some electro-pop elements. The name Friend Slash Lover randomly popped into my head and when I wrote it down and spelled out the “Slash” it took on a whole new meaning and I loved it.

Josh: What began as a quirky art project 7 years ago has evolved into a mainstream, lush sound.

3. Can you tell me about your debut release The Grey Area where does the title come from and is this a concept release?

Josh: The Grey Area is our second release, actually. The title refers to the subtle gradation between the extremes, which is often overlooked. Important information cannot always be relayed through sound bites and bumper stickers.

4. How does it compare to your EP, As American As Ones And Zeros?

Josh: We have more of a full band sound this time around, and some of the lush production and epic build-ups we were attempting on the first release have been more fully released. This album is less artsy, which is not necessarily a good thing, so we might dial it back for the third one that we’re already working on. 😉

5. Do you think your musical direction or way of creating music has changed between the two?

Josh: It has definitely been an evolution. We did rehearsals for many months before going into a studio and recording the band live for 3 solid days. The drums you hear on this record are pretty much as they were played live. Jake requires no editing onto “the grid.” It’s kinda scary.

6. You released a music video for the song “Disasteroid” tell me about it.

Josh: We were super lucky to get to make such an elaborate production for our first video. The director, Jordan Katnik, is a longtime friend and he approached me asking if I would “allow” him to make a video for us, which was hilarious because I thought he just wanted to come to my house with a video camera and improvise or something. I had no clue what his level of professionalism would turn out to be. We had a cast and crew of 30 people, 3 distinct locations, craft services and everything. It was an amazing experience, to say the least.

7. Who are your musical and non-musical influences?

Josh: Musically, I’m torn, because I used to be obsessed with electronic music and then I got interested in rock at a much later stage. I’d list David Bowie, John Lennon, Nirvana, Radiohead, Silversun Pickups as influences, though I doubt we sound like them.

8. Who writes the songs, what are they about?

Josh: I tend to write a song on acoustic guitar and then audition it to the band to get a response. With this record, I really got excited about how each band member’s point of view could push and pull the song in different directions (not to mention the producer’s ideas too). What are they about? Hmm, they usually spring from some observations about the world, the people in my life or phrases that come to me in my dreams (I swear).

9. How do you promote your band and shows?

Josh: Through a PR company, word of mouth, flyers, stickers, social media. I should be way more savvy with social media, but deep down inside, I can’t stand dealing with it.

10. Describe your show, visual and musically for those who may have not seen you perform before.

Josh: Well the theatricality is limited until the budget increases. Haha. We just try to give an honest, energetic performance. I got shit from a couple people for closing my eyes when I sing, but hey, this isn’t American Idol? For our upcoming shows, I will actually put down the guitar for a couple songs. That’ll be interesting for me, with nothing to hide behind.

11. What’s the best and worst thing about playing clubs?

Josh: Well since we’re in LA and we can play at world-class clubs like the Viper Room and the Roxy, the best thing is the sound systems at these places. It sounds great for the audience and on the stage. You get spoiled by that. The worst thing is trying to wait till after your show to start drinking?

12. What are your dreams and goals?

Josh: My dream is to make music and art all the time. Occasionally, “reality” gets in the way.

Josh: A personality defect, I’m sure.

Josh: I’m the one who is in need of good advice. Ha.

15. How does music affect you and the world around you?

Josh: This will sound cheesy, but music has a power that other forms of art don’t seem to have. People literally get on the same wavelength when listening to music and they start to behave like one giant organism, chanting, shouting, clapping, arms in the air, dancing etc. Concerts are very interesting in that way.

16. What are the biggest obstacles for bands?

Josh: Getting anyone in this bullshit “biz” to take your music at face value is the biggest obstacle for sure, for indie artists at least. I could be John Lennon writing “Imagine” at my piano and a thousand other amazing tunes and no one would give a shit until somebody else validated it first (like Pitchfork.com, KCRW, Rolling Stone etc).яяTo me it’s just like the Emperor says in Star Wars, “Now, you will pay the price for your lack of vision.”

17. What more can we expect to see from you guys for this year?

Josh: We will release a couple music videos and start playing live again.

Josh: Thanks for your time! You are definitely helping to remove obstacles? 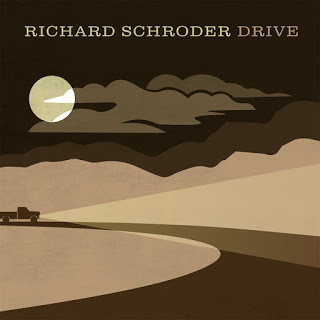 Insanity Releases Video for "All I Need"