Sergey Rybytskyy:  “In Labyrinths of the Soul”

Released May 2012 “If this album were a book it would be a page turner.” 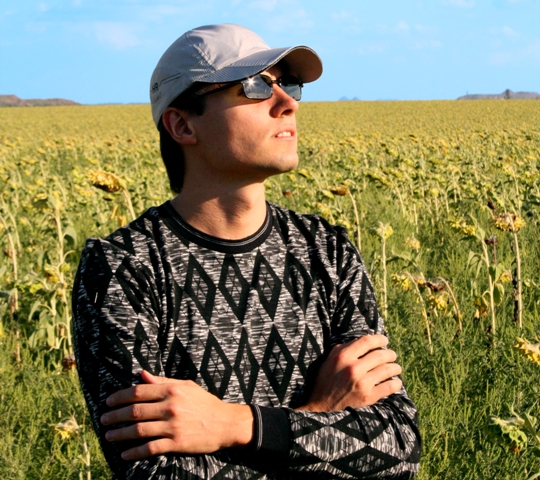 Ukrainian composer Sergey Rybytskyy’s second album is ready to impress listeners. “In Labyrinths of the Soul”, the follow up to “New Vista”, Rybytskyy blends elements of neo classical rock, metal, and prog rock. The instrumental album draws on the influences of Marty Friedman, Tony Macalpine, and Alice Cooper.  The album has been called “a piece of work, from beginning to end, that doesn’t cease to impress” by Mid Tennessee Music. Hands Off Promotions remarked that “when you first listen to it be prepared to set aside 45 minutes to listen to the album in full.” The album has already been picked up for licensing in film and tv.

Sergey Rybytskyy is starting to establish himself as an accomplished modern day composer. Alongside an unparalleled passion for create music, he has attended courses from Dnepropetrovsk Music College and has studied under talented musician and piano virtuoso Vladimir Skuratovsky to perfect his craft. The primary goal of his music is to create an emotional experience for the listener that is original, lively, and refined. With this goal and the musical knowledge necessary, Rybytskyy is able to create an atmosphere that the listener can escape into it. Multiple reviewers of Rybytskyy’s work have remarked in this characteristics in both of Rybytskyy’s releases. It has been said that the album has the ability to be very technical and also very pleasing to listen to.

In addition to placement in tv and film, you can hear Rybytskyy’s work on several internet radio stations. Rybytskyy has received glowing reviews from a number of music critics as well. He has already been accumulating material for a third release in the near future. Future recordings of his will include prog rock versions of some of Beethoven’s and Bach’s compositions as he continues to build his catalog of unique work.

For more information, promo requests or to set up an interview, please contact Sergey Rybytskyy at rybytskyy@gmail.com.