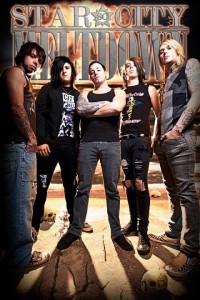 Star City Meltdown is a melodic hard rock act who just formed over two years ago and since has started to make their mark in various ways. Having written and recorded material and even played a few showcases in their name this band is out to make something for themselves and to prove everyone out there that they can do it! Bassist Cody Cupp discusses with me the band’s history, writing style, and other plans they have in-store.

1. So tell me why the name Star City Meltdown what is the story behind it?

Cody: It actually came from a really dark song we had written very early into the bands life called, “A Night In Star City” We thought that was a really cool idea that could be easily visualized. After a bit of trial and error with names we made the decision to run with Star City Meltdown.

Cody: We’re a melodic hard rock band. We have an immense love for all things heavy from 80’s thrash metal, to more modern drop tuned progressive bands. Even with our love for heavy music, we always make melody and songwriting the priority. We want you to sing along, and for the song to stick with you after hearing it once.

Cody: Star City Meltdown was formed two years ago by guitarist Lukas Patterson and me. We kept our eyes open and found the guys that were as driven and musically inspired as we were to form the band. We did tons of regional touring unsigned, and worked relentlessly to try and make a name for ourselves. We were asked to be support for Saliva on their winter tour, and after that tour were asked to be support for bands like Korn, Crossfade, Skid Row, and Sick Puppies across the country.

4. Can you tell me about your debut album how does it feel to have written and recorded a debut album? Do you plan on celebrating its release when the day arrives?

Cody: I think everyone is incredibly anxious to get the record out! The fan response to the single, “Here With You” has been amazing, and we can’t wait for everyone to hear the test of the album. I’m definitely going to be celebrating the release!

5. How did you get signed with Standby Records? Are you happy with being a part of their family?

Cody: A business associate of ours shopped our recently completed record to numerous labels. There was a lot of interest from several labels, but we felt like Standby Records was the home for us. I love the dedication everyone at the company has, and the sheer amount of work everyone there puts in to ensure the fans get exactly what they want.

6. What is your music background? Who are your musical influences?

Cody: I’ve always been a huge classic rock fan. I grew up with Stevie Ray Vaughn, Led Zeppelin, The Eagles, and have really soaked everything up since then. I’m personally influenced by guys like Cliff Burton, Justin Chancellor, and Ryan Martinie.

Cody: The new record has tracks about addiction and the damage it causes, love, self-doubt, being comfortable in your own skin, and the incredible price you occasionally pay to get what you want in life.

Cody: We have pretty unique system that we use for songwriting. One of us will bring an idea to the table, and we completely dismantle it in the practice space and continuously try ideas until something really great comes through. If we’re getting nowhere with the idea, we typically scrap it and move on. Once the general musical foundation is there, we begin working on melodies and lyrics. Everyone has complete input throughout the process, and we’re all really involved with every intricate detail including melodies and lyric writing. Our producer Brett Hestla is also an amazing songwriter, and it’s incredibly valuable to have his input on the arrangements. We work differently than most bands, but I think it’s what makes the songs really shine.

Cody: I describe our music as having big hooks, and lots of dynamics. We write very distinct and diverse songs that people can relate to.

Cody: Our music conveys an image of self-acceptance, determination, and striving for something more. We want people to listen, and walk away feeling good about themselves.

11. Describe your show, visual and musically for those who may have not seen you.

Cody: We pride ourselves on really pushing the limits live, and surprising the fans every night. There are Co2 blasters, a completely immersive light show, and we physically push ourselves every night to deliver the best possible show to our fans. We want to give our fans something different, and something completely unforgettable.

12. What are the remaining plans for this year for you guys?

Cody: We’re hitting the road August 1st for a national tour, and our record drops September 25th. We’ll be touring the remainder of the year, so come out and see us!

13. Is there anything else you’d like to say or add?

Cody: We just released a music video for our single, “Here With You” through BlankTV, so go check it out! 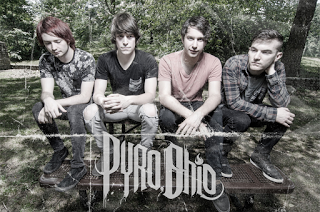 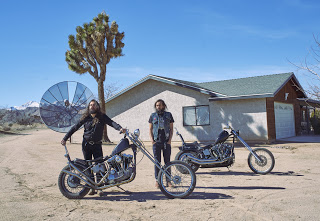 THE PICTUREBOOKS DEBUT MUSIC VIDEO FOR "I NEED THAT OOOH" 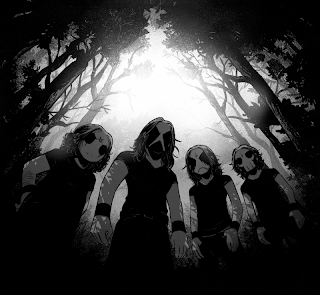